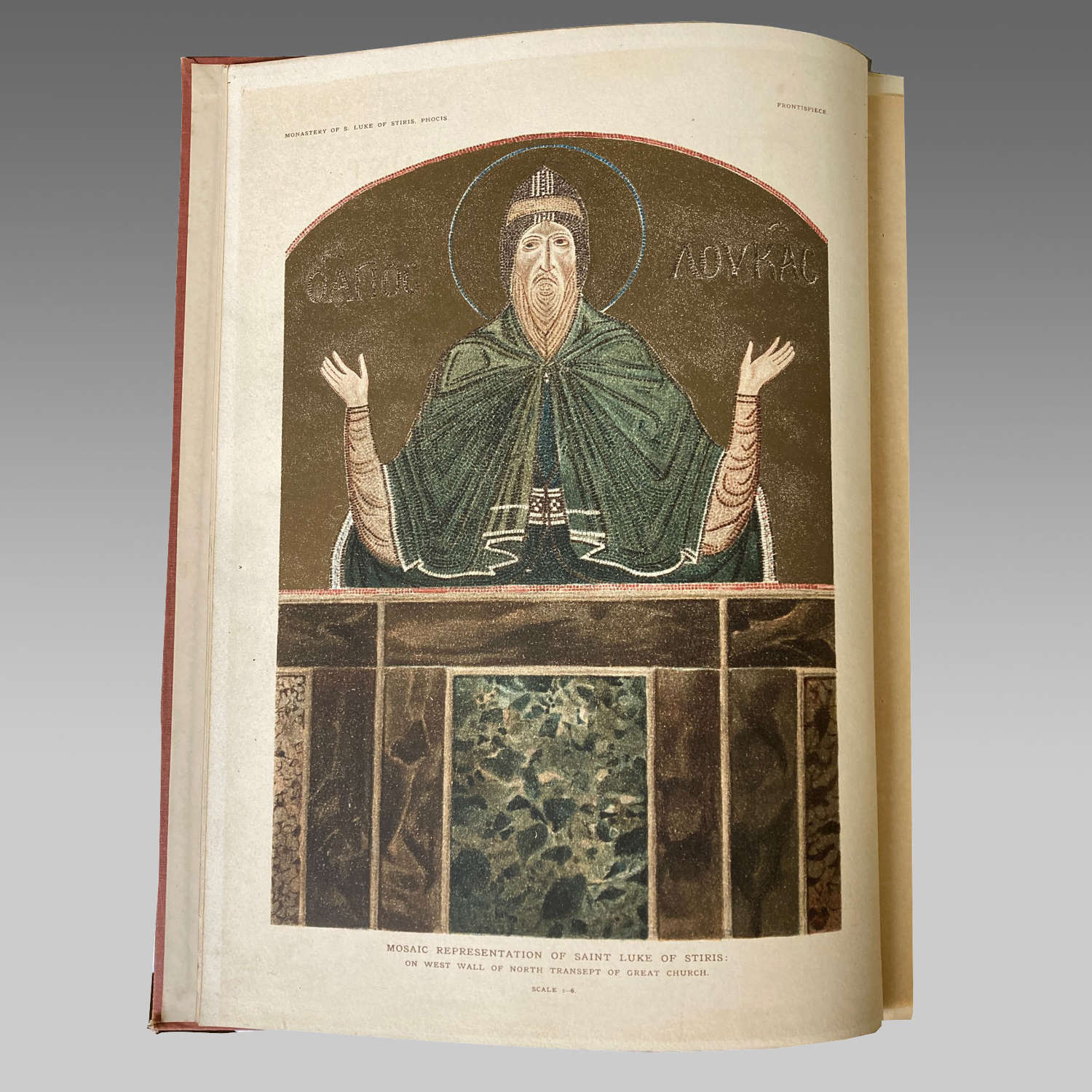 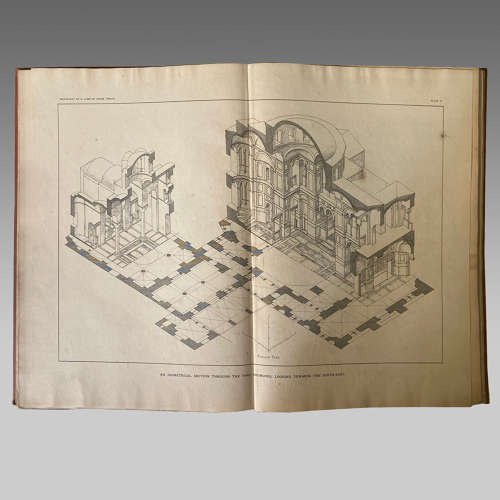 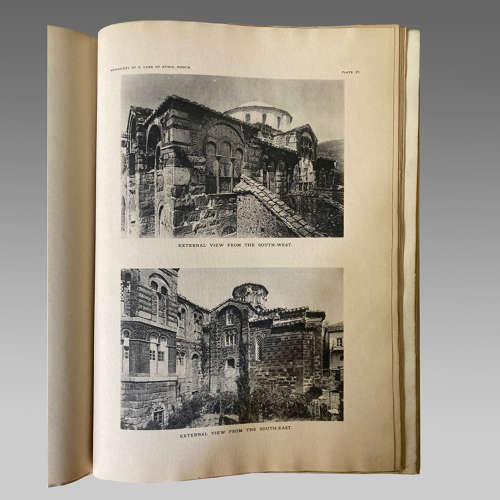 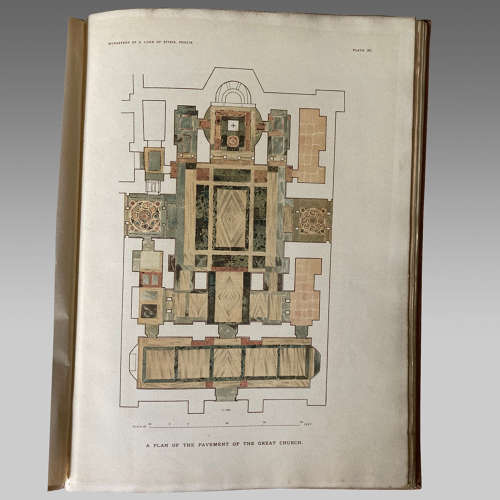 The Monastery of Saint Luke of Stiris in Phocis

Rare & antiquarian books: The Monastery of Saint Luke of Stiris in Phocis - Author’s copy - Robert Weir Schultz
And the Dependent Monastery of Saint Nicolas in the Fields, near Skripou, in Boetia. By Robert Weir Schultz, Gold Medallist and Travelling Student in Architecture of the Royal Academy of Arts (1887 - 89) and Sidney Howard Barnsley; lately members of the British School at Athens. Published for the committee of the school by Macmillan & Co, Ltd, London, 1901. Bears name plate for Robert Weir Schultz, author, to front paste down. List of 61 plates and 34 illustrations in the text. Brown cloth boards with gilt lettering to front and spine. Mild rubbing to extremities and foxing throughout but a very good copy with all plates and tissue present, clean pages and strong hinges. This book from the library of the renowned Arts & Crafts architect Robert Weir Schultz, who’s home in Hartley Wintney, Hampshire, was one of the country’s first known barn conversions.
England, 1901
Folio

The monastery of Hosios Loukas (Saint Luke) was founded in the early 10th century AD by the hermit, Luke of Steiris, whose relics are kept in the monastery to this day.

Robert Weir Schultz was a significant architectural influence in the Arts & Crafts Movement, forming a close friendship with both Sidney and Ernest Barnsley as well as the English architect and architectural historian William Lethaby, all of whom playing a significant influential role in the movement. He set up his own practice in London in 1890 and worked on several buildings for the 3rd and 4th Marquises of Bute. He studied Byzantine architecture with Lethaby and Sidney Barnsley and was a leading light in the Byzantine revival.