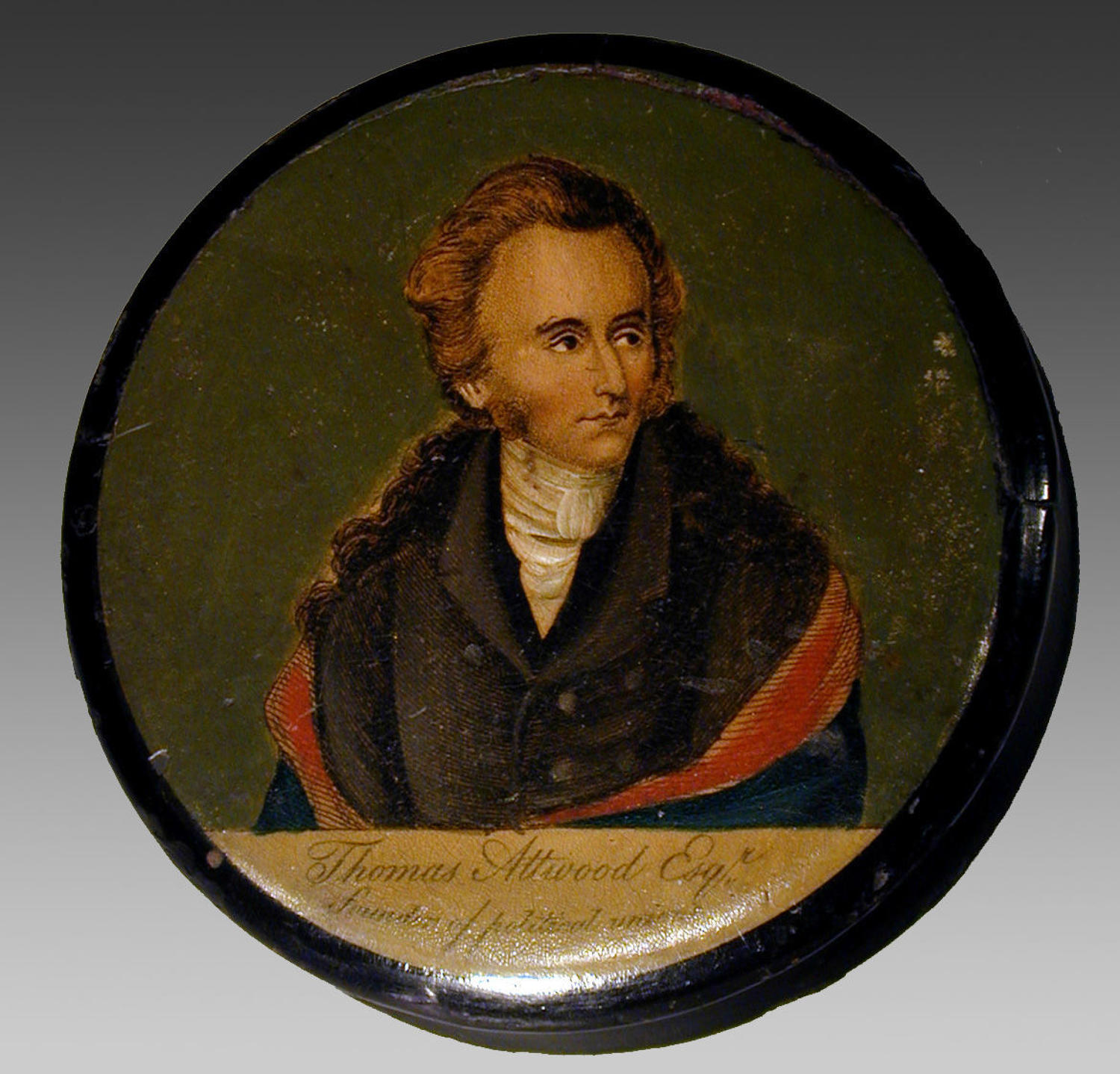 Thomas Attwood (1783 - 1856)
Born at Hawne House, Halesowen, in 1783, Thomas Attwood was a gifted and intelligent man, dubbed in his own time as ‘the very first economist of the age’. He started work in his father’s bank, Attwoods, Spooner, Goddington & Co, in Birmingham. In 1811 he was appointed high bailiff of Birmingham, which subsequently led to his representing Birmingham in two issues of vital importance, both concerning matters of trade which were damaging the city’s economy.

The first concerned the Orders on Council which banned trade with French territories in response to Napoleon’s Berlin Decree which had ushered in the Continental System. Their orders led to retaliatory action by the Americans, which then destroyed Birmingham’s lucrative American Trade. The second issue concerned the East India Company which had a monopoly on trade with the Far East. Thomas Attwood led a delegation which gave evidence to the House of Commons committee where he proved an impressive witness. To the relief of Birmingham’s manufacturers, the Orders in Council were revoked in 1812 and the East India Company’s monopoly was restricted. Attwood became an overnight hero in Birmingham.

In his quest for major parliamentary reform, Attwood formed the Birmingham Political Union in 1830, thus beginning the foundation for political unions in Britain.