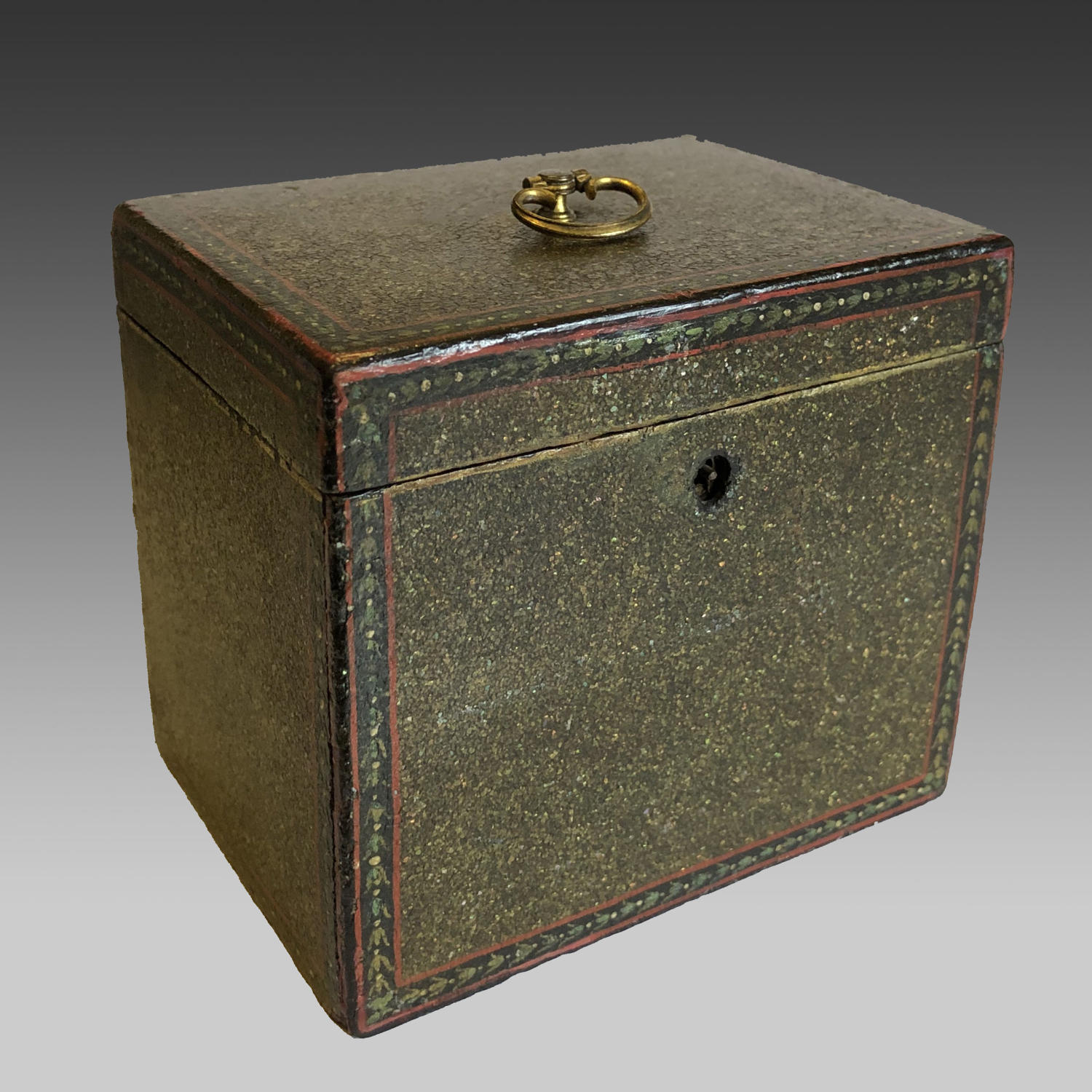 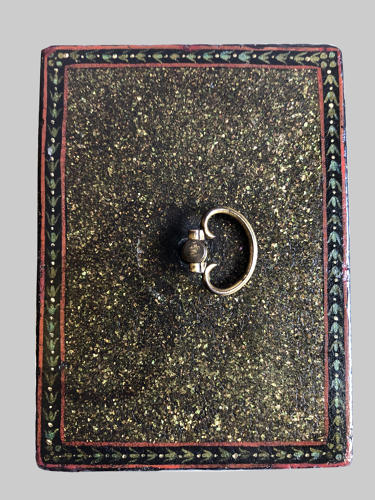 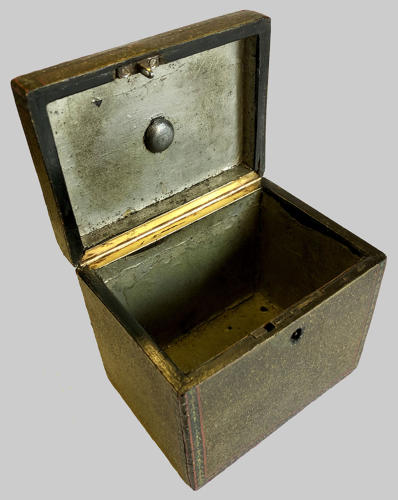 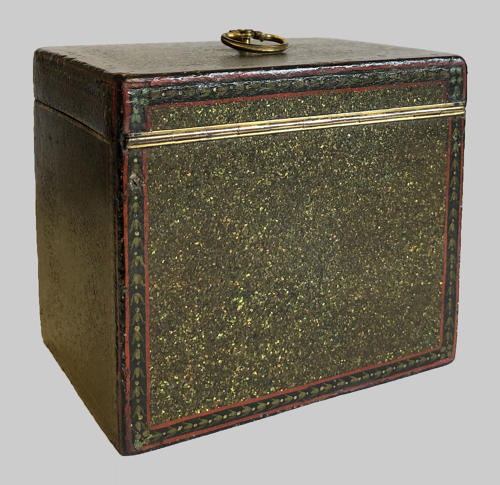 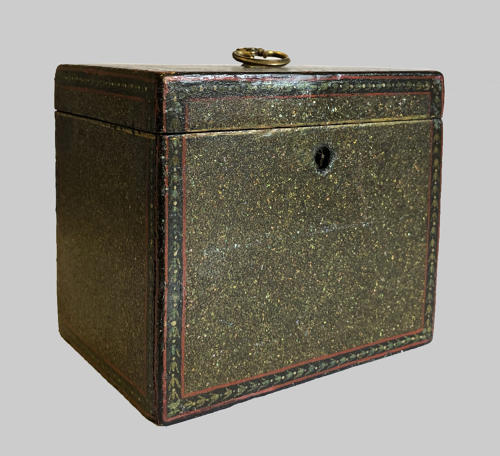 A Rare, small, Sheraton papier maché tea caddy by Henry Clay of Birmingham.  The caddy box decorated with bright metal flakes inset within a trailing border of bellflowers. The lid, with central gilt axe head handle, opens with an extended gilt stop hinge to an interior with tea box foil lining. By Henry Clay of Birmingham. By Royal Appointment to the King and renowned for his patented, fine papier maché work.
English, circa 1780 – 1800

At the beginning of his career, Henry Clay was assistant to a merchant by the name of John Baskerville who was one of the original pioneers in creating items from lacquered papier maché in an endeavour to imitate the highly polished items being imported from Japan. This method was known as ‘japanning’ and, with the success and popularity of the technique, Clay was soon able to set up business by himself. In the year 1772, he patented a new process for making ‘new, improved, paper-ware’ in sheet form. The patent describes it as ‘making, in Paper, High Varnished Pannels or Roofs for Coaches, and all Sorts of Wheel Carriages and Sedan Chairs, Pannels for Rooms, Doors and Cabbins of Ships, Cabinets, Bookcases, Screens, Chimney Pieces, Tables, Teatrays, and Waiters.
The process involved ‘pasting several papers upon boards…put in a stove sufficiently hot to deprive them of their flexibility, and at the same time are rubbed over or dipped in oil or varnish, which so immediately drenches into them as to secure them from damps…[then] they are capable of being sawed into different forms and planed as wood…then coated with colour and oils sufficient to make the surface even and then japanned and high varnished.’
This patent lasted until 1802 when many producers of the material proliferated around the West Midlands, popularising the technique further with the production of everyday items from trays and boxes to small cabinets. By the turn of the century, Clay was employing as many as 300 workers and had become ‘Japanner in Ordinary to His Majesty and His Royal Highness the Prince of Wales.
Gilding with metal powders was used from the late 18th century until about the mid nineteenth century and usually in combination with metal leaf. Rather than powders, they were actually tiny flakes of metal leaf strewn over a sized surface and brushed or rubbed in to create a speckled or glittery effect similar to the maki-e or ‘sprinkled pictures’ of twelfth century Japanese lacquer.
The delicate use of the painted bellflower decoration was one of Thomas Sheraton’s favoured motifs, along with festoons, urns and acanthus leaves.