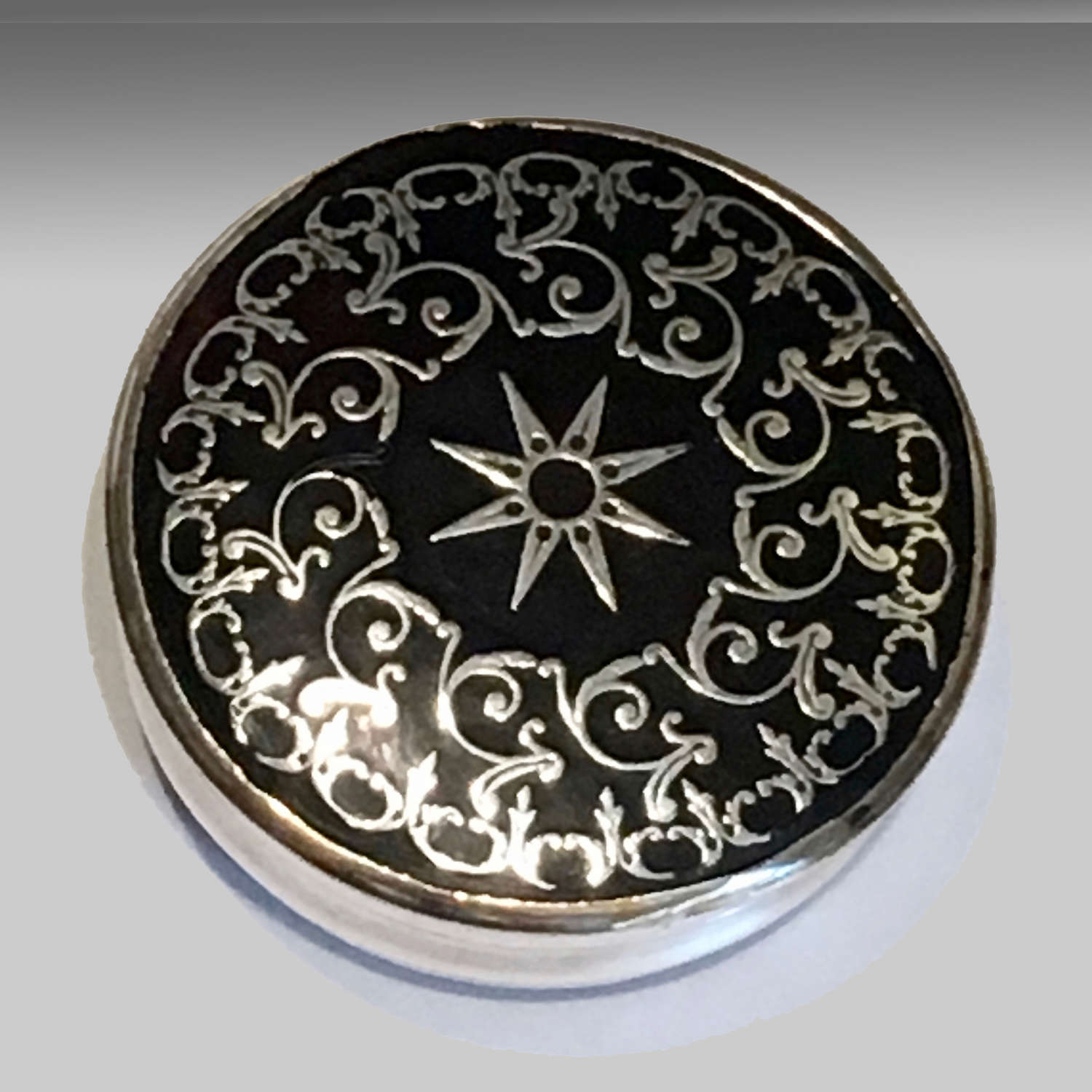 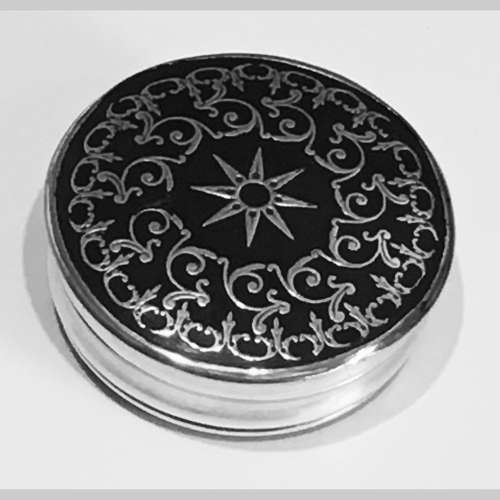 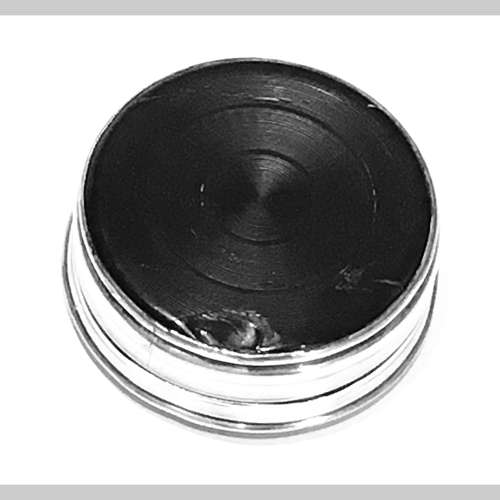 Silver piqué-work snuff box with silvered copper arabesque inlay and central star motif, all of un-marked silver onto a jet ground. The base of finely ring turned jet with some minor cracks and a chip but quite sound. The lid twists opening to a void interior.
Anglo-French, circa 1690 - 1730.

Piqué work inlay dates from about 1675 - 1730, thought to have originated in France and brought to England with the late 17th century immigration of the Huguenot craftsmen.  Also known as piqué-posé, the patterns or pictures are incised into the tortoiseshell, ivory or, in this case, jet and inlaid with fine strands of gold or silver.

A similar box with the same arabesque decoration around the lid and with motifs from Aesop Fables  was included in John Culme’s  “British Silver Boxes 1640-1840. The Lion Collection”, p.154.

Jet, derived from the French, jaiet,  was being mined in a number or areas in France, including Montjardin and Roquevaire in the 18th century and, although present in North Yorkshire since antiquity,  had fallen out of fashion until Victorian times.