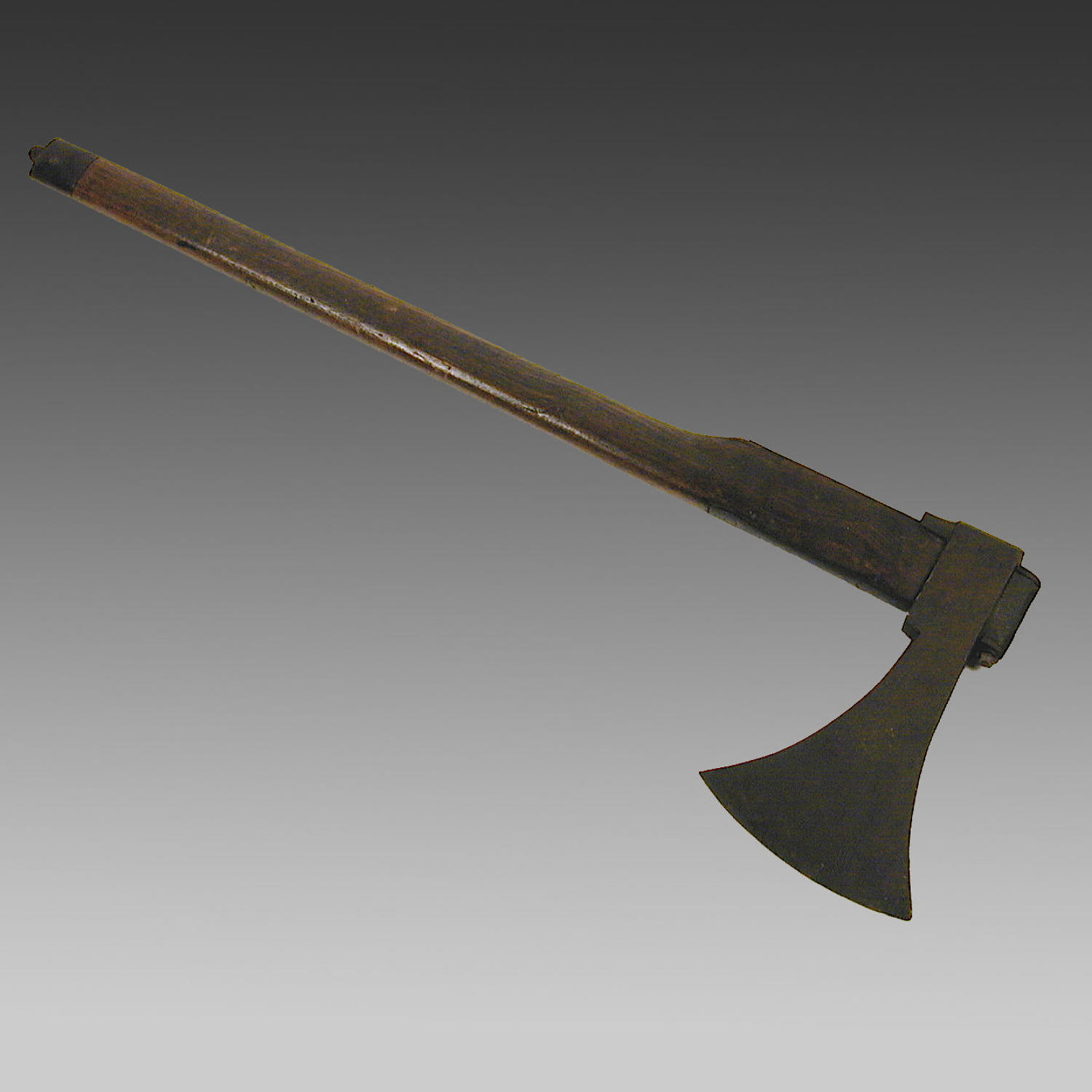 Ceremonial axe, having a nicely grained and polished wooden hickory shaft with brass cap to the handle and adjustable steel fittings to the axe-head, which shows traces of gilding. The various impressed marks, which are unclear, are probably for the maker or armourer.
English, late 18th century - early 19th century, perhaps formerly from a Friendly Society such as the Ancient Order of Foresters or a Livery Company such as The Beadles, both of which have ceremonial axes.