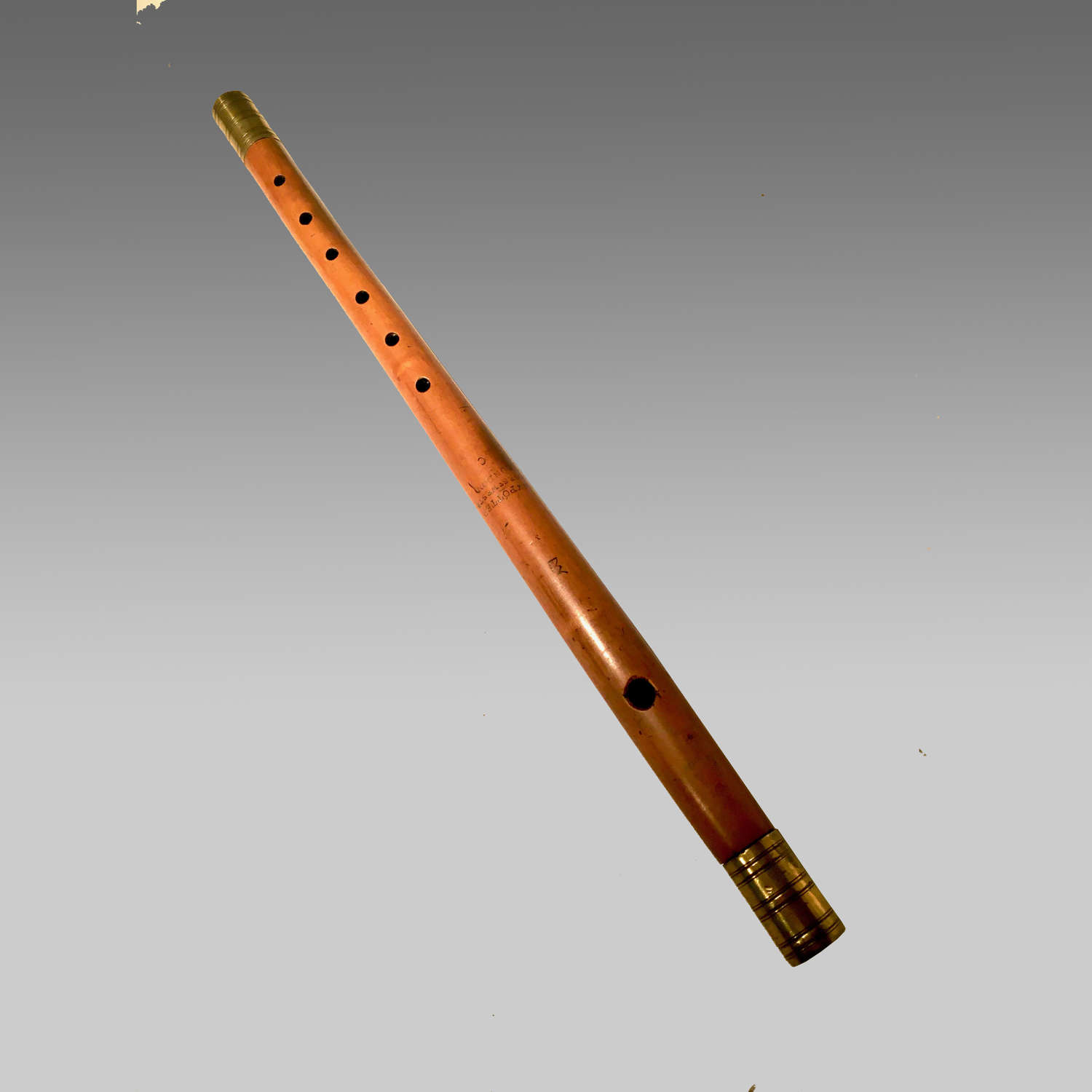 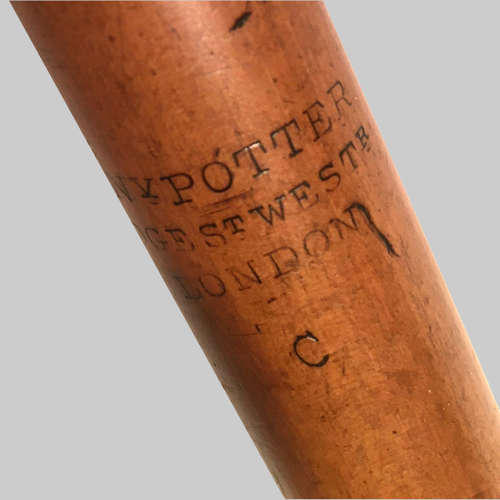 Boxwood Military Fife. Well-patinated brass-mounted boxwood fife with six tone holes and embouchure (mouthpiece). Stamped Henry Potter, 2 Bridge St, West_r, London. Also stamped with the letter ‘C’, possibly referring to the tuning of the instrument. Paired with a side drum, the fife was used to give signals to soldiers for all parts of their daily activities.

Henry Potter’s father, Samuel, was a leading figure in Royal and military music, being an officer in the Coldstream Guards who was intent on forming a musical instrument manufacturing company. However, as an officer, he was not permitted to do so and subsequently started a company in the name of his newborn son, Henry, in 1810. The company specialised in drums, fifes and bugles and diversified considerably in 1817 when Henry left the army as Sergeant and Drum Major. His son, Henry, took over the business on his death in 1838, when he opened new premises in Bridge Street, Westminster, moving to Charing Cross in 1858.