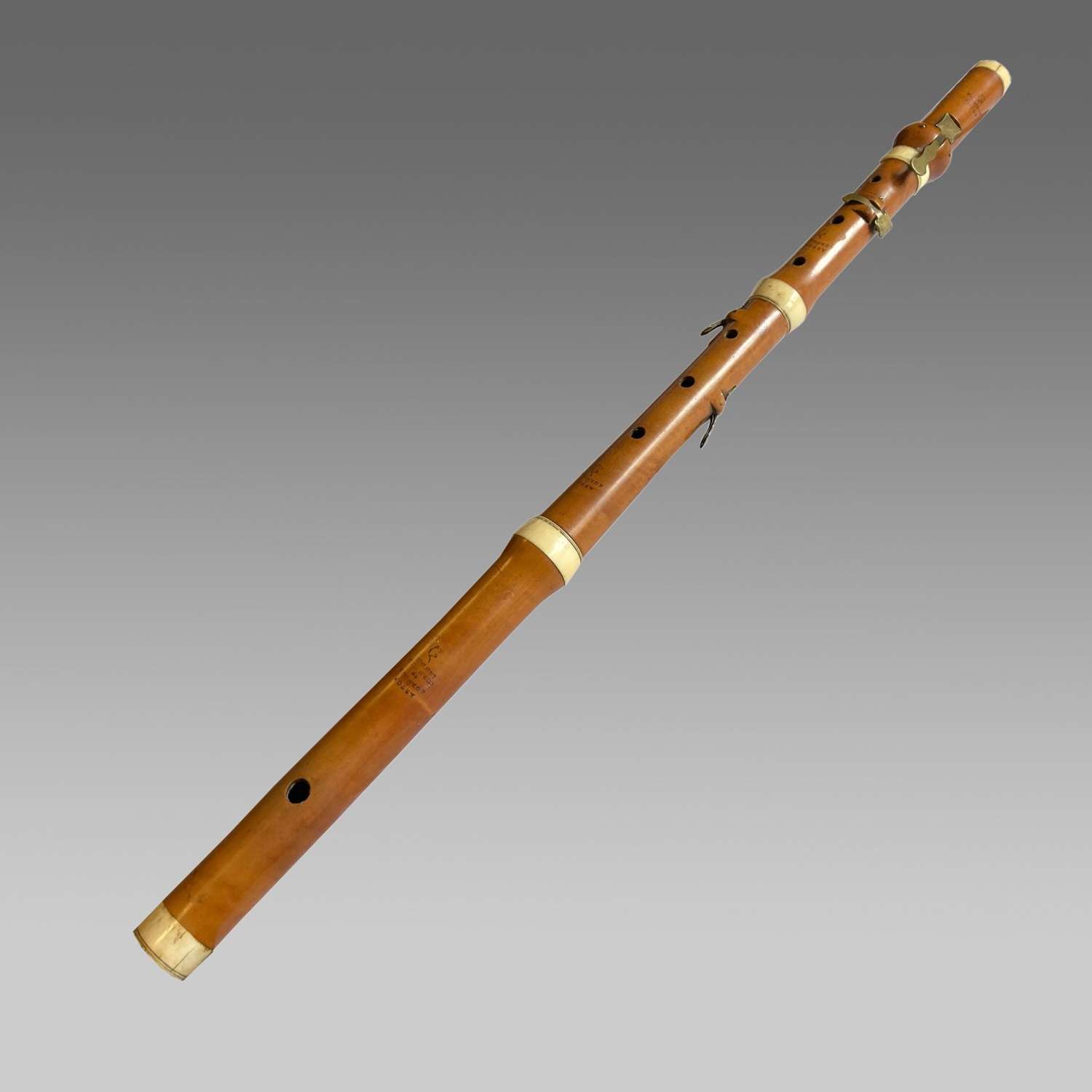 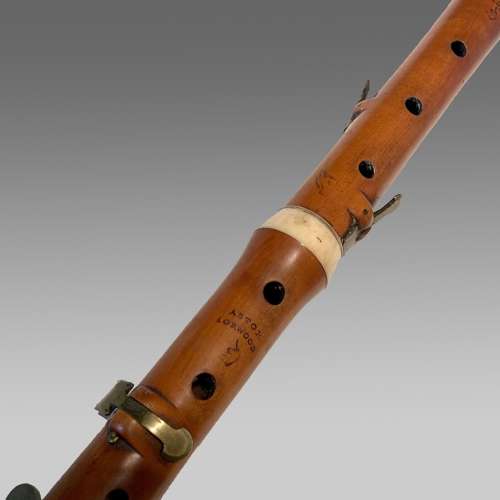 Boxwood flute by Astor & Horwood. A four part, four key boxwood flute, each part stamped with the maker’s name of Astor & Horwood, 79 Cornhill, London, and a unicorn’s head. Head cap and four rings of ivory and brass keys all intact. This marker’s stamp was used between the years 1815 and 1819.

Astor & Co was an Anglo-American firm of instrument makers and publishers, founded by George (Georg) Astor and John (Johann) Astor, sons of Jacob Astor, a merchant from Mannheim, Germany following their immigration to England.

After moving to London from Germany, they founded George & John Astor (c1778-1783) at 26 Wych Street. John Astor left the company and moved to America in 1783 where he became America’s first multimillionaire as an entrepreneur. During the period 1796 - 1826, the firm was known as either George Astor or Astor & Co, trading out of 79 Cornhill and 27 Tottenham Street, and, briefly, between 1815 and 1819, using the name Astor & Horwood.