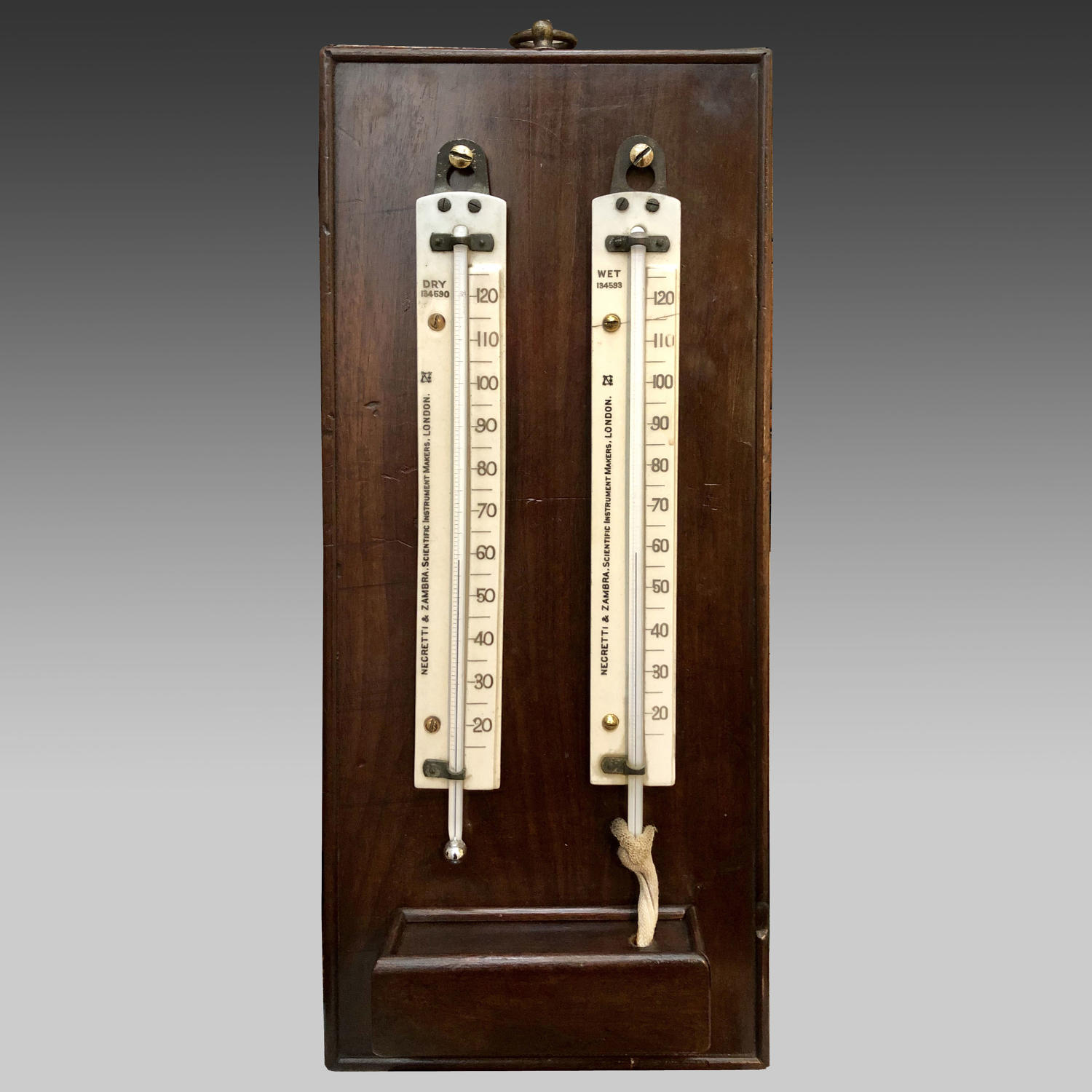 Late 19th Century wet and dry thermometer or hygrometer. The mahogany board with cockbeading to edge and brass hanging ring to top. Bears two porcelain thermometers, one inscribed with the word ‘Wet’, and to which is attached a rope ‘sock’ that leads to a water chamber beneath, and the other, ‘Dry’. Inscribed with the leading scientific instrument makers name of Negretti and Zambra, London, the Hygrometer was used to measure humidity in the air. The serial numbers beneath ‘Wet’ and ‘Dry’ indicate the year 1899 as registration of this design.
English, circa 1899

Enrico Negretti and Joseph Zambra, both born in Italy, began their photographic and scientific instrument company in 1850. With premises initially in Regent Street, the company was extremely successful, winning a medal at the Great Exhibition in 1851 and eventually being appointed optical instrument makers to Prince Albert, the Royal Observatory and the British Admiralty.