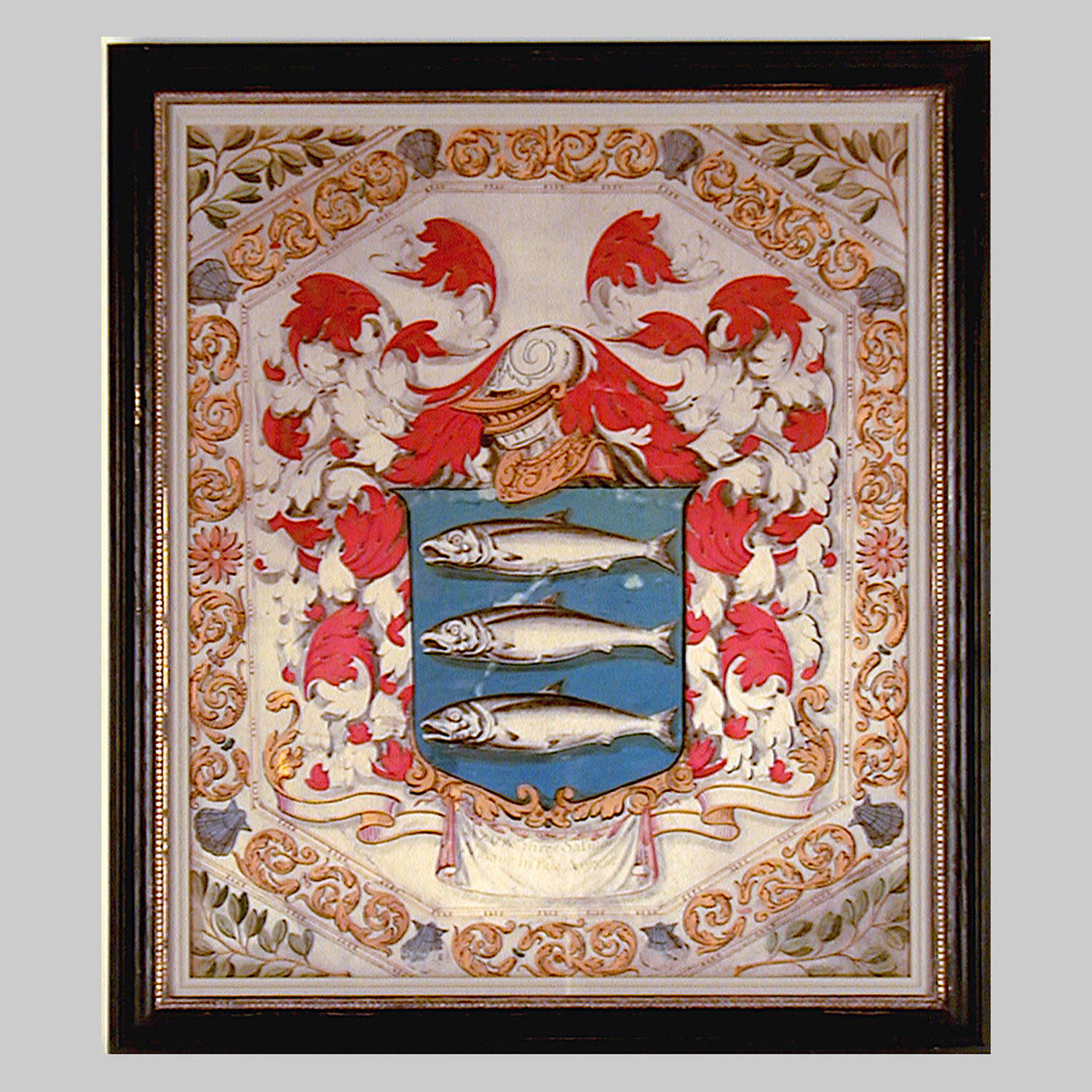 The Armorial Arms of the Sambrooke Family. Painted and gilded on vellum. ‘Azure, three salmon naiant in pale argent’ are the arms of Sir Jeremy Sambrooke, Bart. This title became extinct in 1754 although the Sambrooke family subsequently married into the noble Anson family, the Admiral Lord Anson being the uncle to the third creation of the Earl of Lichfield, Thomas, 2nd Viscount Anson. The Anson family’s coat of arms is quartered with the Sambrooke arms and continues to be so today. Set in a border of shells and gilt acanthus decoration, the arms on a bed of white and scarlet acanthus. Atop a half gilded helm. Now in a contemporary Hogarth frame.
English, circa 1700 - 1750