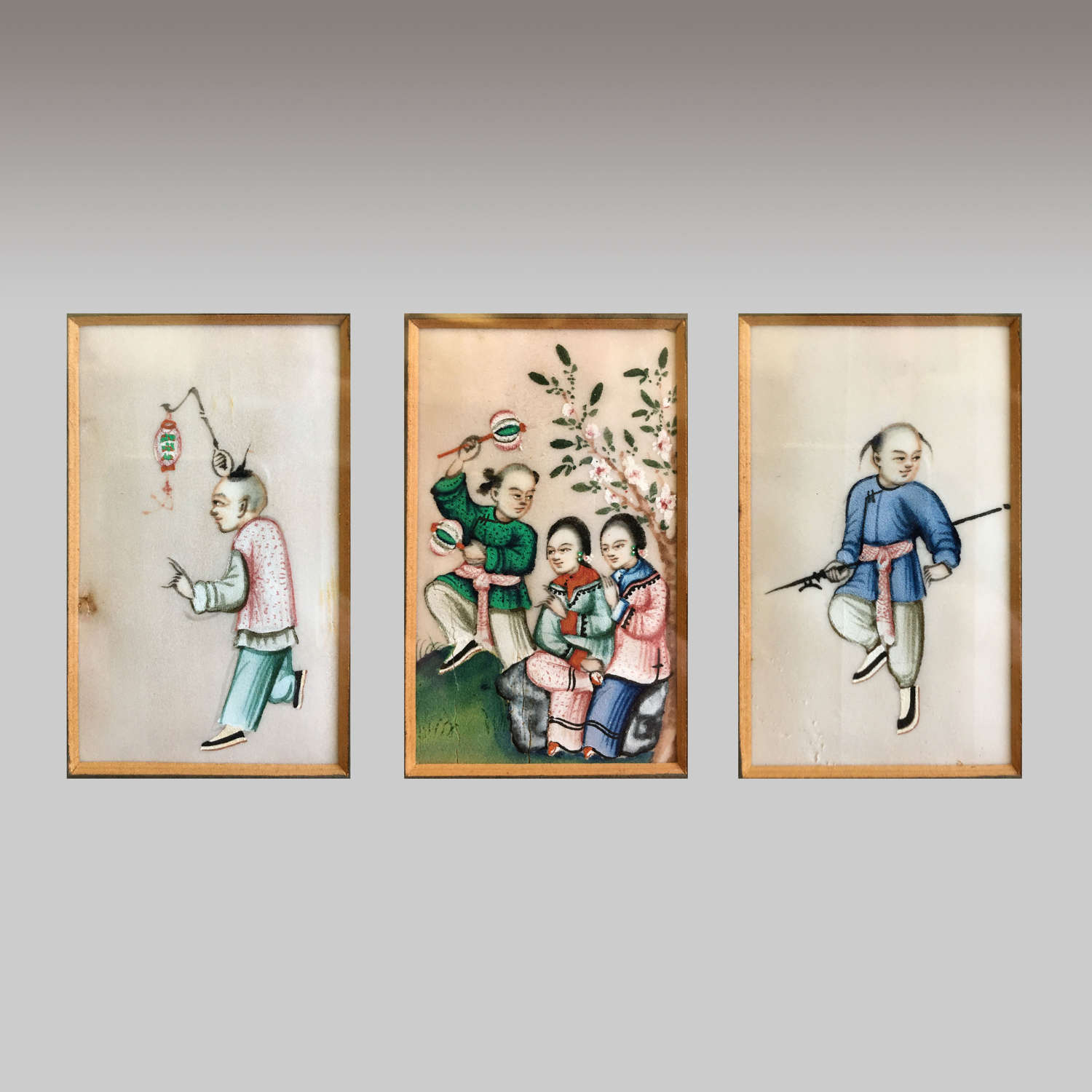 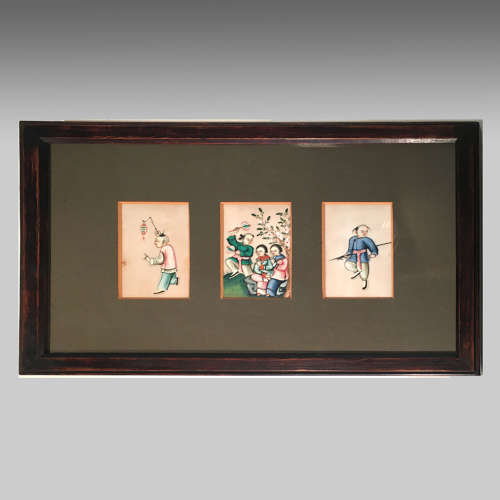 In the early 19th  century the West was fascinated by China, but access to the country was severely restricted and, from 1757 to 1842, Canton (Guangzhou) in South China was the only port open to Western traders, and even here trade was only permitted during six months of each year.

Silk, porcelain and tea were the main products sought by the traders, but the influx of traders and visitors also created a market for small, portable and inexpensive mementos of China that could easily be taken back home. Artists turned to the cheap and plentiful supply of pith paper that was easily produced from a small, evergreen tree - Tetrapanax papyrifer. The pith from the trees was skilfully cut into thin sheets ready for painting by artisans who would complete different parts/areas of each piece of work. They worked with gouache - watercolours mixed with added white pigment - applied thickly onto the soft, translucent surface of the pith to produce a raised effect.

Templates were widely used by the studios to provide outlines of the figures which could then be coloured by the artisans. These paintings have sometimes been called rice paper pictures but this is incorrect and nothing to do with rice, or with paper, as the pith used is not created like paper. Here is a description of these paintings from 1844 by an American visitor to Canton,  Osmond Tiffany;

“ In every artist’s studio are to be found the paintings on what is called rice paper (i.e. pith). This is very delicate and brittle and nothing can exceed the splendour of the colours employed in representing the trades, occupations, life-ceremonies, religions etc, of the Chinese, which all appear in perfect truth in these productions.”

Pith presumably came into use for painting to satisfy the increasing demand for small, inexpensive and easily transported souvenirs, following the massive growth in the China Trade in the first quarter of the nineteenth century.