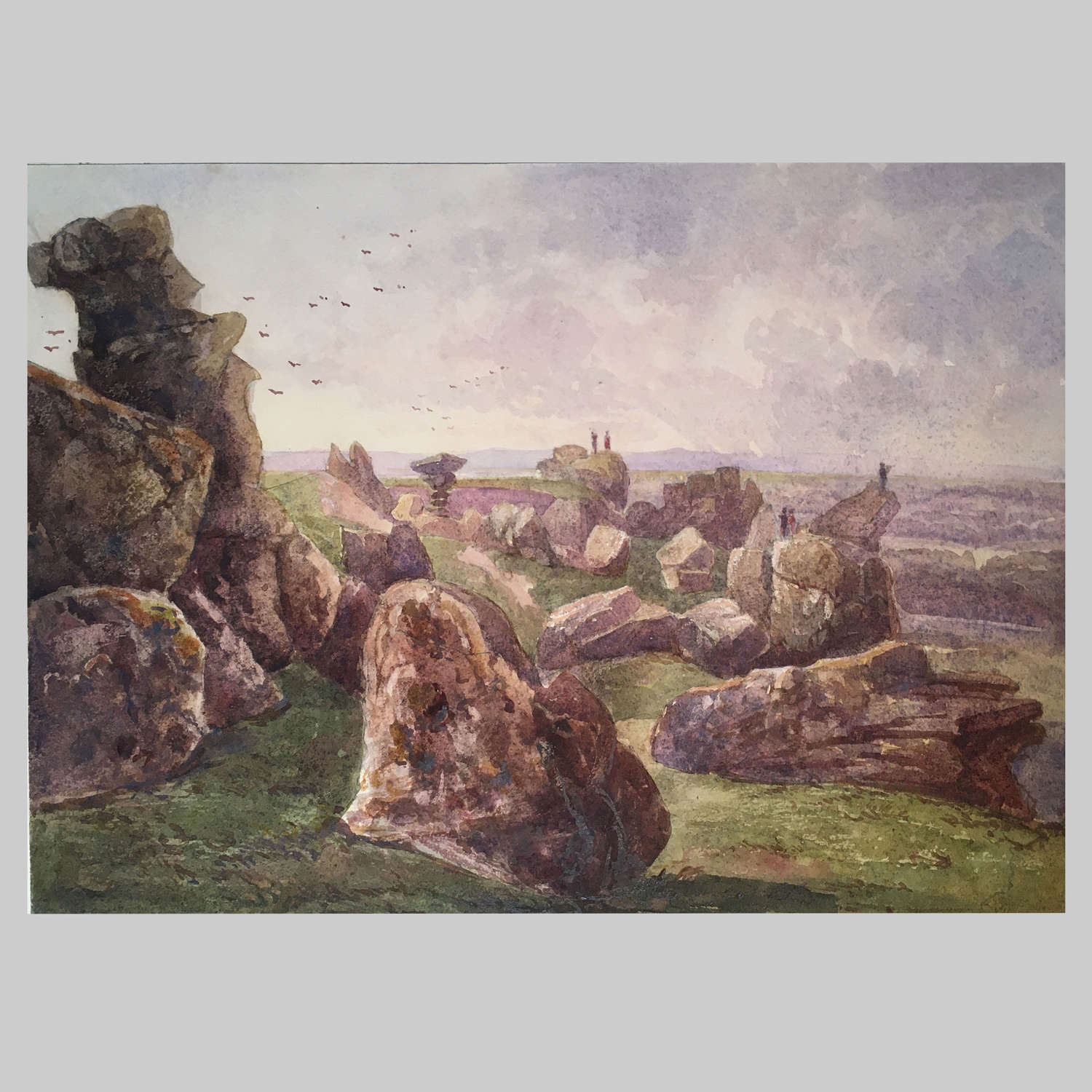 Mounted on board, a watercolour view of Brimham Rocks, extraordinary rock formations in Summer Bridge, N. Yorkshire. Inscribed ‘Brimham Rocks, Yorkshire 2nd Sept 1844 GR’. Harriet (1809 - 1852) and Georgiana (1805 - 1891) Rushout, nieces of George, 3rd Baron Northwick of Northwick Park, Gloucestershire, were two of the children of the Hon. Rev. George Rushout and Lady Caroline Steward who’s family seat was Burford House, Shropshire. Their aunt, Hon. Anne Rushout, of Wanstead Grove, was a prolific and highly regarded artist in her time, and her brother, John, the 2nd Baron Northwick, was an avid collector of art, purchasing Thirlestaine House in Cheltenham in order to display his extensive collection. Opening his galleries to the public, the sisters Harriet and Georgiana achieved acclaim from the artist David Roberts in 1843, by painting comprehensive views of the inside of Thirlestaine House.
Through the descendants of George, 3rd Baron Northwick, Northwick Park in Gloucestershire, was inherited by Edward George Spencer-Churchill, grandson of the Duke of Marlborough and cousin of Winston Churchill, whose estate at Northwick Park was dispersed in a series of Christies’ sales on the premises in 1964.

This watercolour has since been held in a private collection.
Unframed and mounted on contemporary card bearing the inscription
English, 1844