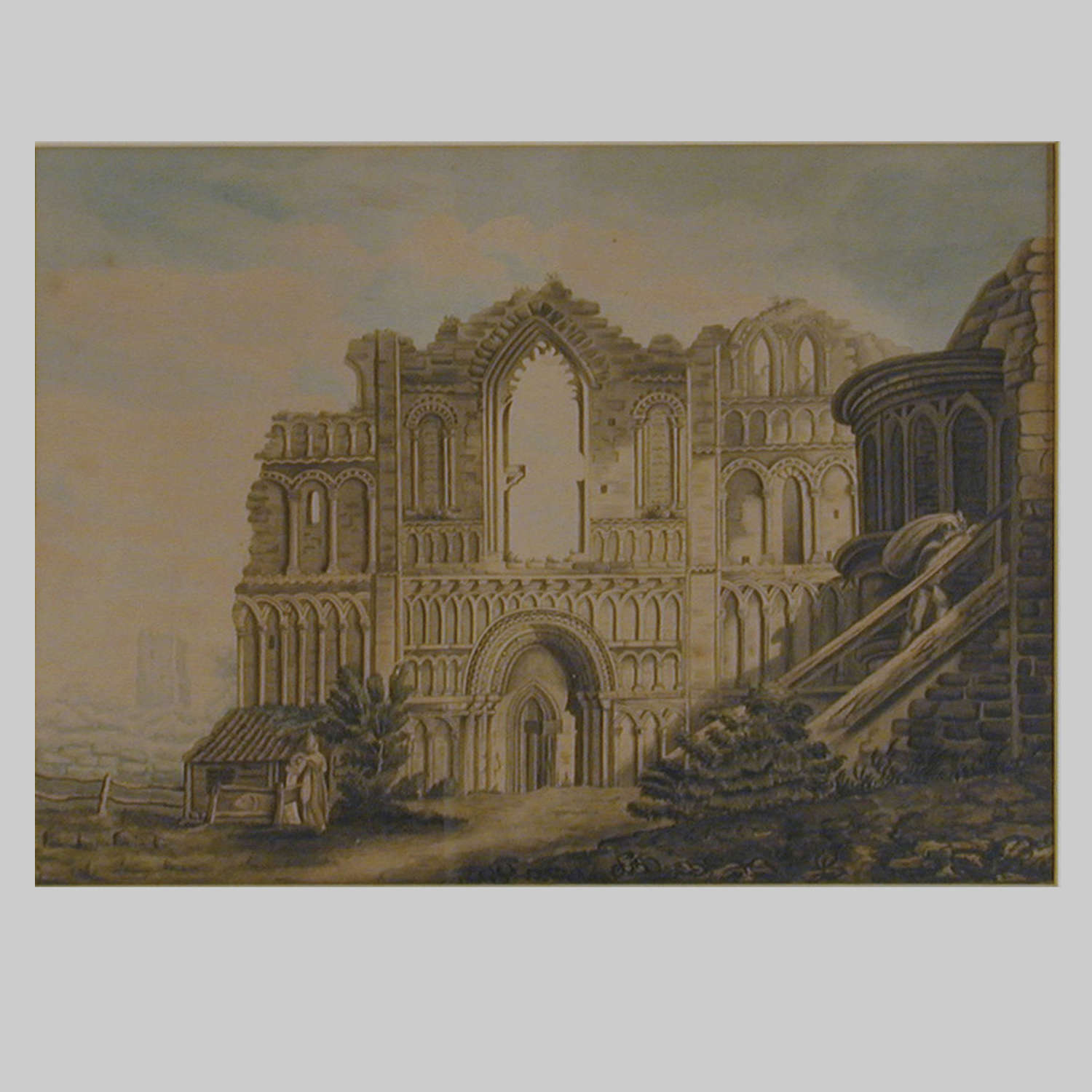 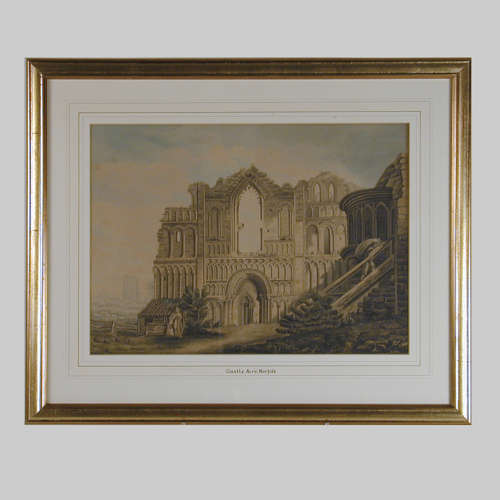 19th century watercolour, depicting the ruins of the Castle Acre Priory, founded in 1085 in the diocese of Norfolk and given to the Dukes of Norfolk in 1537 at the time of the dissolution of the monasteries.
The Priory was a popular subject for artists, painted by John Constable (1776-1837) and also by Edward Dyers (1763 - 1804), watercolour painter and engraver in mezzotint and one of the artists who was very influential and evident in the early drawings of Constable
This watercolour, unsigned, English, early 19th century
Height 21.5” (55cm) Width 27” (69cm)

The church itself was consecrated sometime between 1146 and 1148. While the Warenne family may have been the main benefactors of the priory, others also gave generously to it, for example Scolland of Bedale, steward of Alan Earl of Richmond, who was in fact buried there. Like other Cluniac houses, Castle Acre Priory was directly subject to the authority of the Abbot of Cluny; for practical reasons, however, the Prior of Lewes was usually instructed to act for the abbot when any problems arose at Castle Acre. However, this obedience owed to a foreign abbot caused difficulties when the kings of England were at odds with France and/or Burgundy. In the mid 14th century the English Cluniacs settled this difficulty by buying a special legal recognition from the king as 'native' religious houses. The priory was home to some 20 to 30 monks.
The nave of the church is one of the oldest parts of the ruin. Subsequent additions continued to be added until the priory was dissolved in 1537 under Henry VIII, and when the King gave the dissolved priory to the Duke of Norfolk complete with its estates, the remaining monks were turned out.

The estates eventually passed to Sir Edward Coke, whose descendant, the Earl of Leicester now owns the ruins and Castle Acre Castle. The ruins today are very impressive, the great west front of the building is almost complete, and the prior's lodging is in a similar condition.