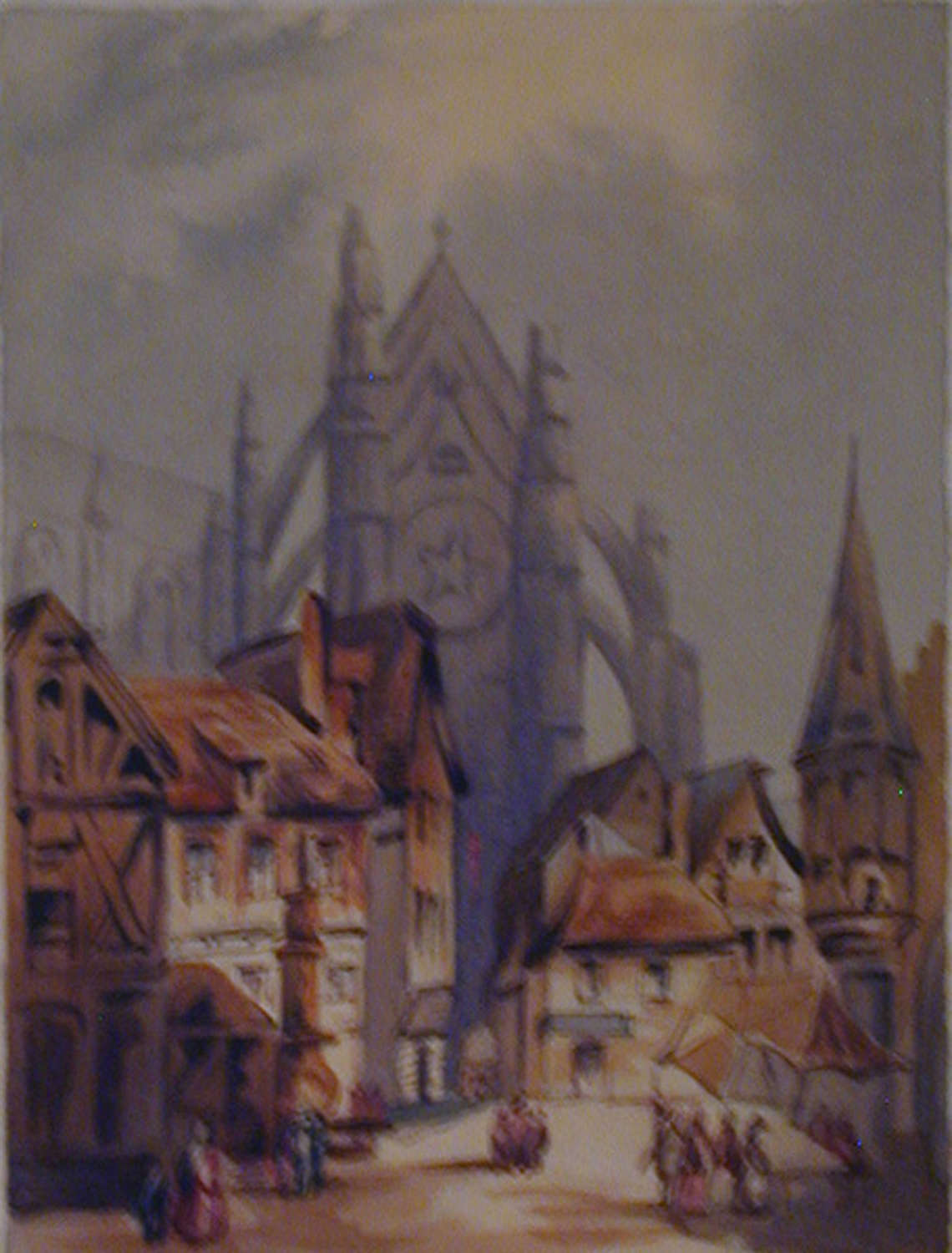 Watercolour, the Cathedrale de Saint Pierre de Beauvais with medieval street scene. Beauvais, famous for the production of tapestries in the 17th century.
By English artist E.M.Marshall, circa 1860.

ST. PIERRE, BEAUVAIS
A watercolour sketch of the Roman Catholic cathedral Saint-Pierre in Beauvais, Normandy. The cathedral was the tallest Gothic structure ever attempted, with building commencing in 1225. The building collapsed twice during construction and was eventually left unfinished after the crossing tower fell down in 1573 just a few days after completion. Only half the cathedral has been built, including the choir and the transept.