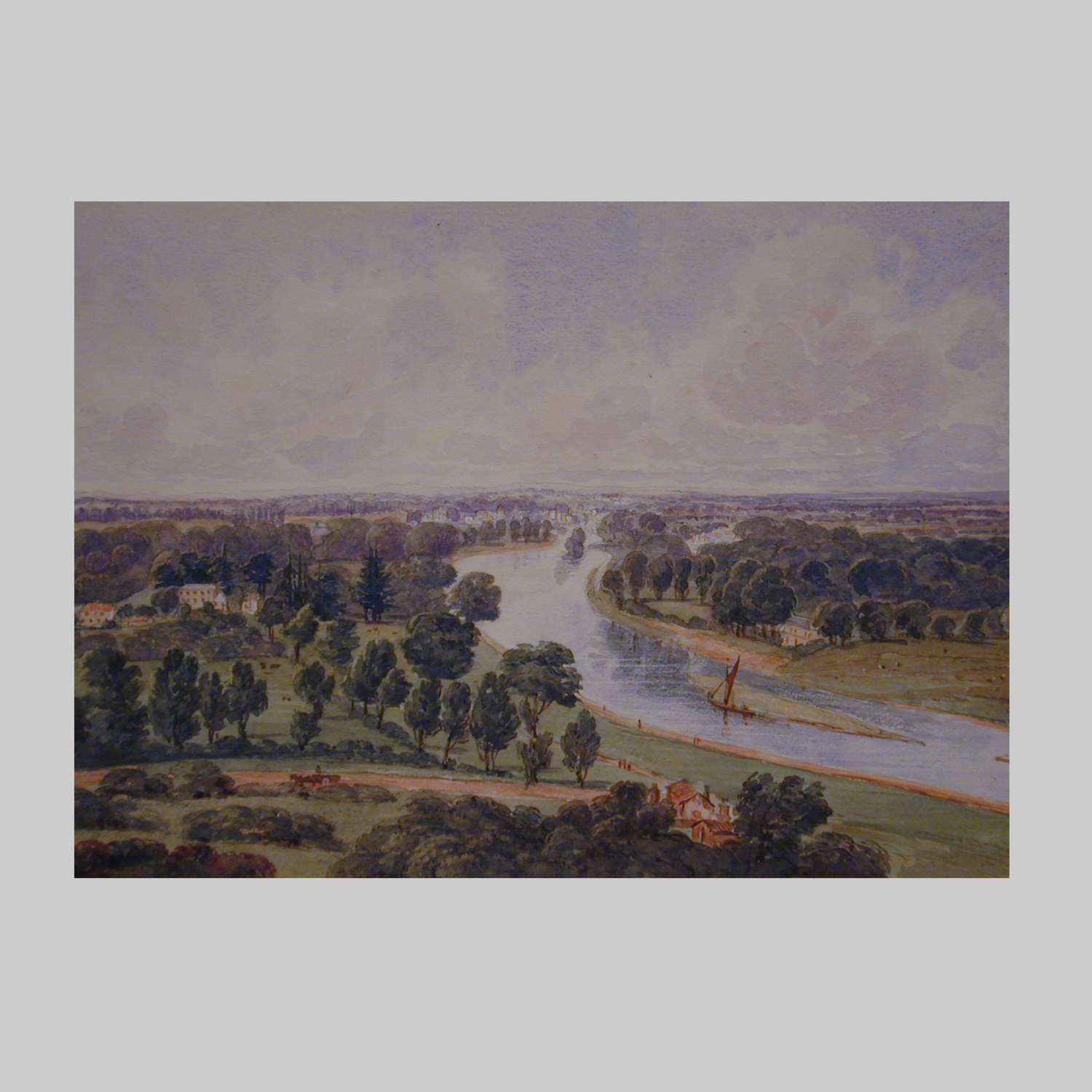 19th century watercolour of the Thames from a traditional beauty spot on Richmond Hill. Painted by the Hon. Harriet Rushout (1809 - 1852). Harriet and her sister, Georgiana, daughters of George Rushout Bowles and Lady Caroline Stewart, daughter of John, 7th Earl of Galloway, were acclaimed artists in their own right, living in their family seat of Burford House in Tenbury Wells, Shropshire. Their uncle, John, 2nd Lord Northwick, was a governor of Harrow School and owned what was known as Flambards, or later as Harrow Villa, in Harrow on the Hill, between 1805 and 1823. Their brother, George became the 3rd Lord Northwick and, through his descendants, the Northwick seat, Northwick Park in Gloucestershire, was inherited by Edward George Spencer-Churchill, grandson of the Duke of Marlborough and cousin of Winston Churchill.
This picture came by descent from George Rushout-Bowles to his heir, Edward George Spencer-Churchill, whose estate at Northwick Park was dispersed in a series of Christies’ sales on the premises in 1964.

This watercolour has since been held in a private collection.
Now framed and mounted.
English, circa 1830 - 1840