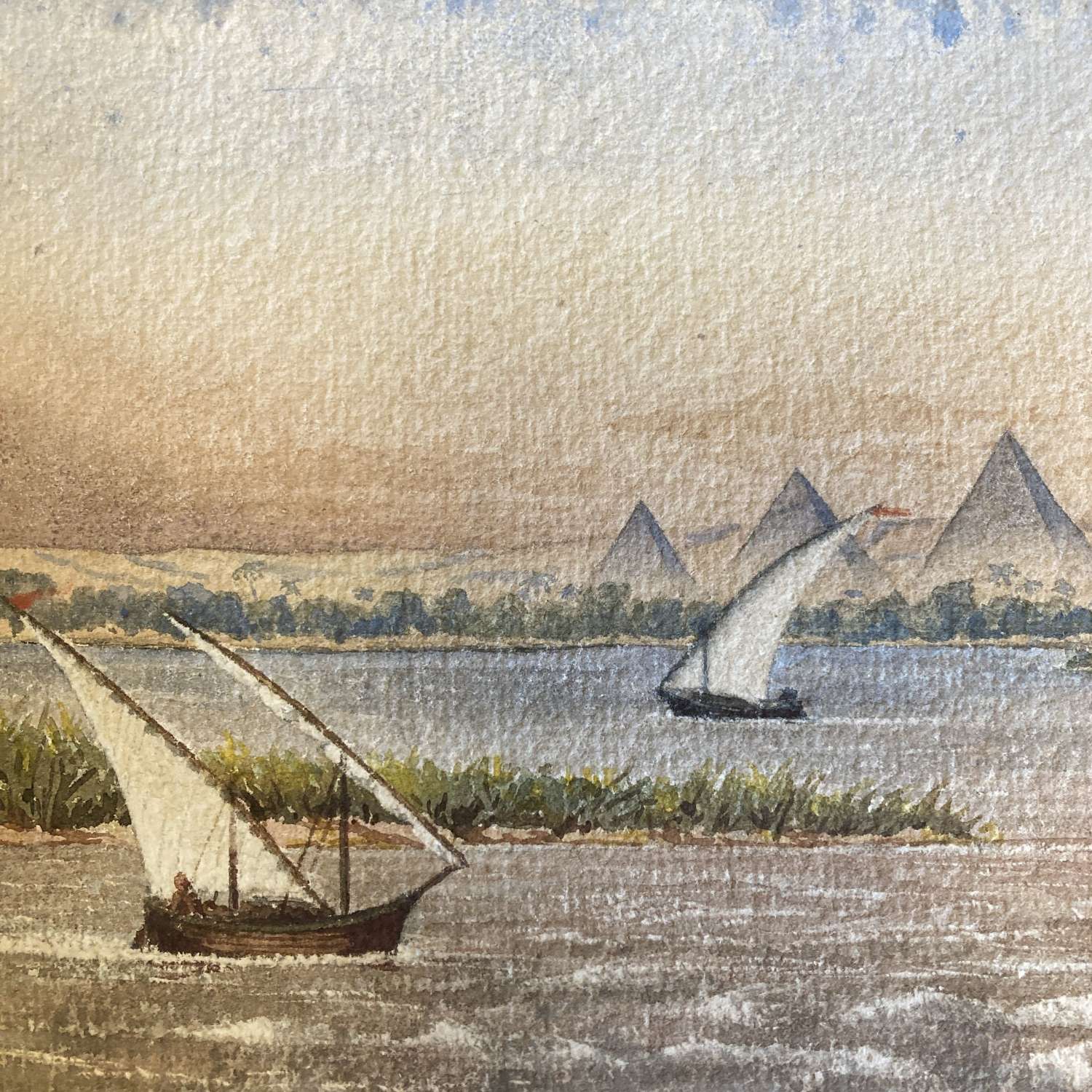 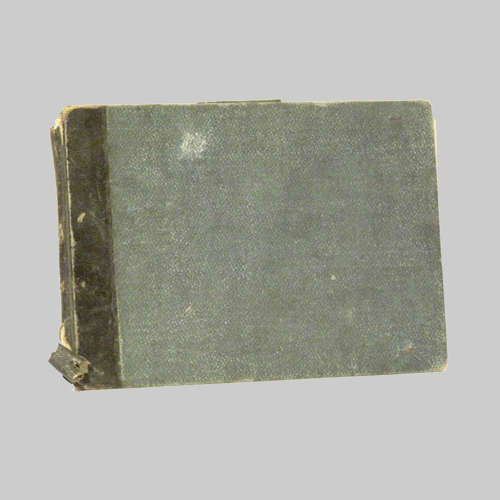 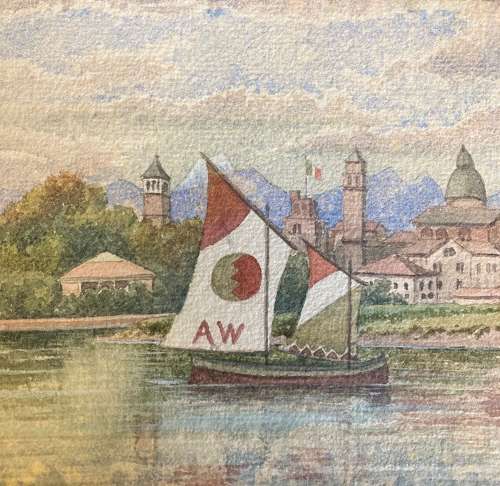 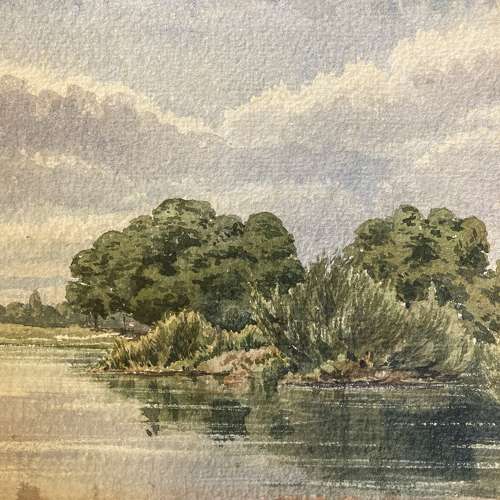 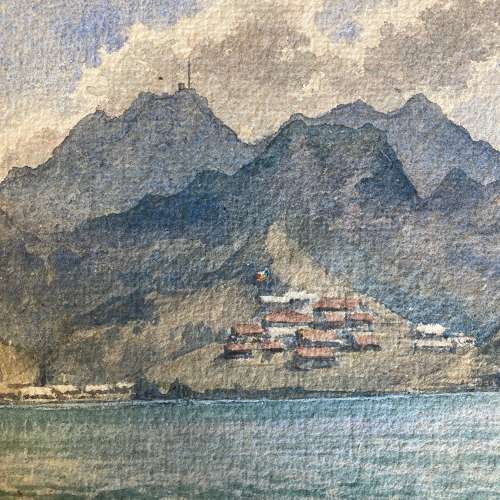 Antique book of watercolours by John Marshall-West. Although lacking inscription or any signature, this sketchbook is unmistakably the work of John William Henry Marshll-West and has his typical date marks (between 1886 and 1895) written in various places throughout the book. It contains 17 principal watercolours of leafy English river scenes, a distant hilltop castle, possibly Edinburgh, paintings from travels in Venice, the pyramids in Egypt and extraordinary sunsets in the Red Sea and Abu Ail in the Yemen. There are several watercolour sketches as preparation for the principal paintings, as well as extensive reference to semaphore flags and their corresponding letters. Two pages are devoted to the dilution of colour and, in the painter’s handwriting is the little ditty, ‘If a summer warmth you want or an Oriental glow, you must mix some Yellow Ocre (sic) with Brown Madder – don’t y’a (sic) know.’
Book Condition: Good. Black leather spine worn to head and tail and black cloth boards worn to corners. Spine loose. Measures 9 x 6 inches. Paintbrush/pencil holder to upper edge of bottom board.