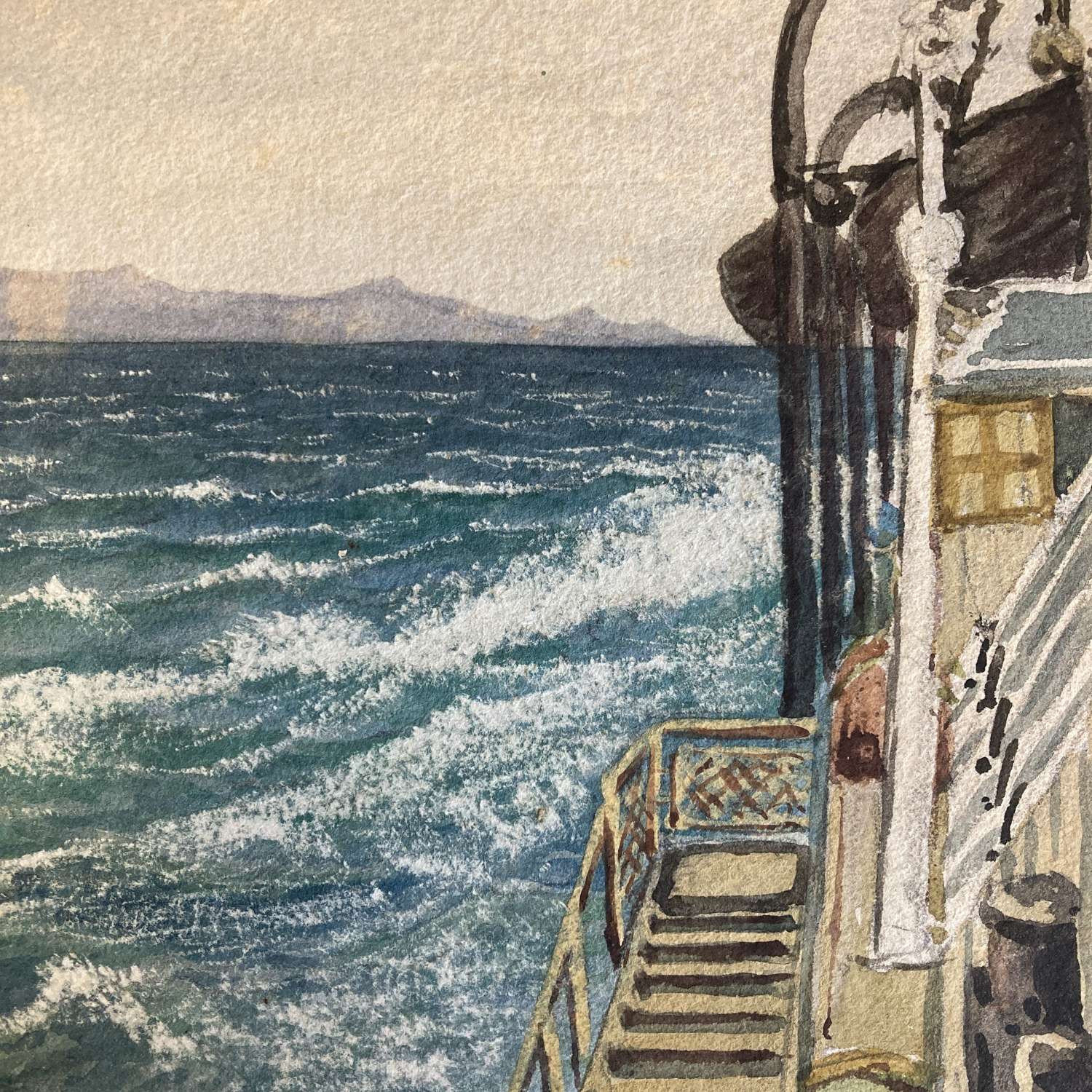 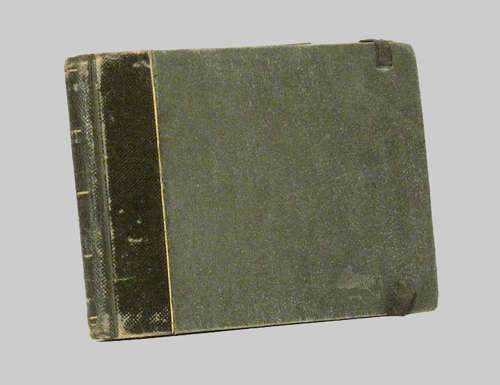 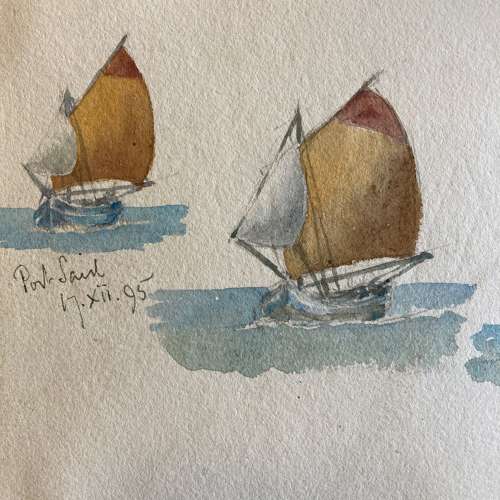 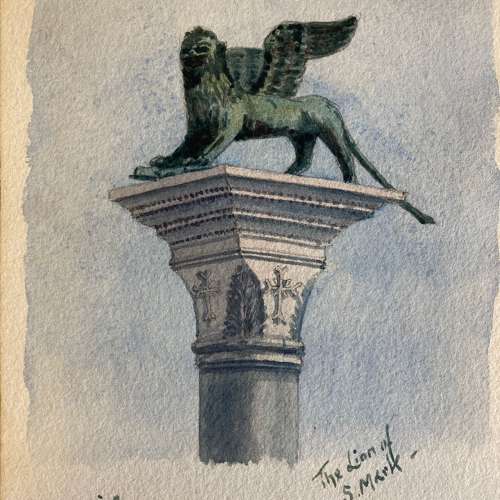 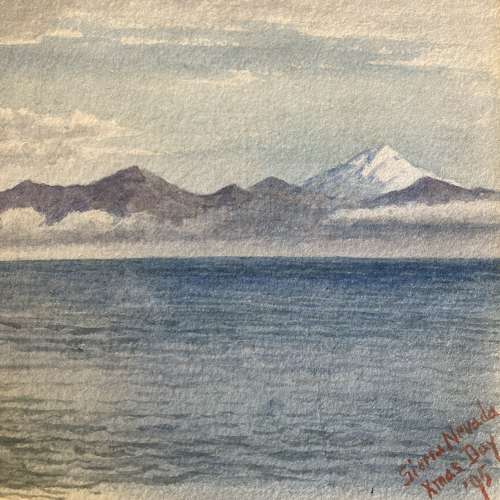 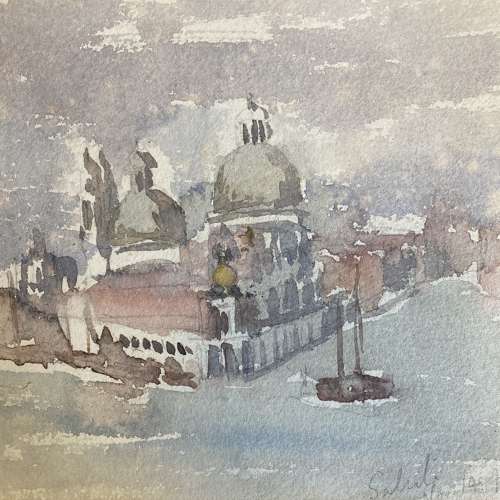 Antique book of watercolours by John Marshall-West. Inscribed John Marshall-West Captn. This sketchbook, dated 1895, has 32 pages full of whole page watercolours, watercolour sketches and pencil drawings. There are countless references to places and people, colour mixing technique, studies of sailing boats and steamers that are seen from on board, palm trees, pyramids, buildings and seascapes that capture the essence of the Mediterranean and the middle East. There is also a painting of an Indian Lascar, a sailor employed extensively on European ships with the 16th century until the beginning of the 20th century. There is included a quote from Orpheus, “The music stirs in him – like wind in a tree”, as well mention, twice, of a W. Clifton, late Professor, Landscape Drawing, RMA, Woolwich. Inside the back board is an index to, and use for, different colours. There appear to be five pages cut neatly from the book.
Book Condition: Very Good. Slight rubbing to black leather spine head and tail and corners of black cloth boards. Spine solid. Elastic securing ribbon stretched but intact.  Measures 7 x 5.5 inches with paintbrush/pencil holder to upper edge of bottom board.
John William Henry Marshall-West 1858 – 1928

Born in Melbourne, Australia, the son of a Gentleman, John West moved back to the UK in 1863. He was schooled in London and joined the 13th Light Infantry, Prince Albert’s Somersetshire Regiment thereafter. Based in Devonport, his first overseas posting, as Lieutenant, was in the Colony of Natal in South Eastern Africa until 1879. Pencil drawings in his earliest sketchpad appear to show evidence of his time with the Zulu people. As he rose through the ranks to Captain in the following years, he was to become a highly respected military instructor in London, travelling extensively both privately and with the army. As Lieutenant Colonel, he received the South Africa Medal with the Cape Colony clasp following his active service between 1899 and 1902 in the second Boer War.