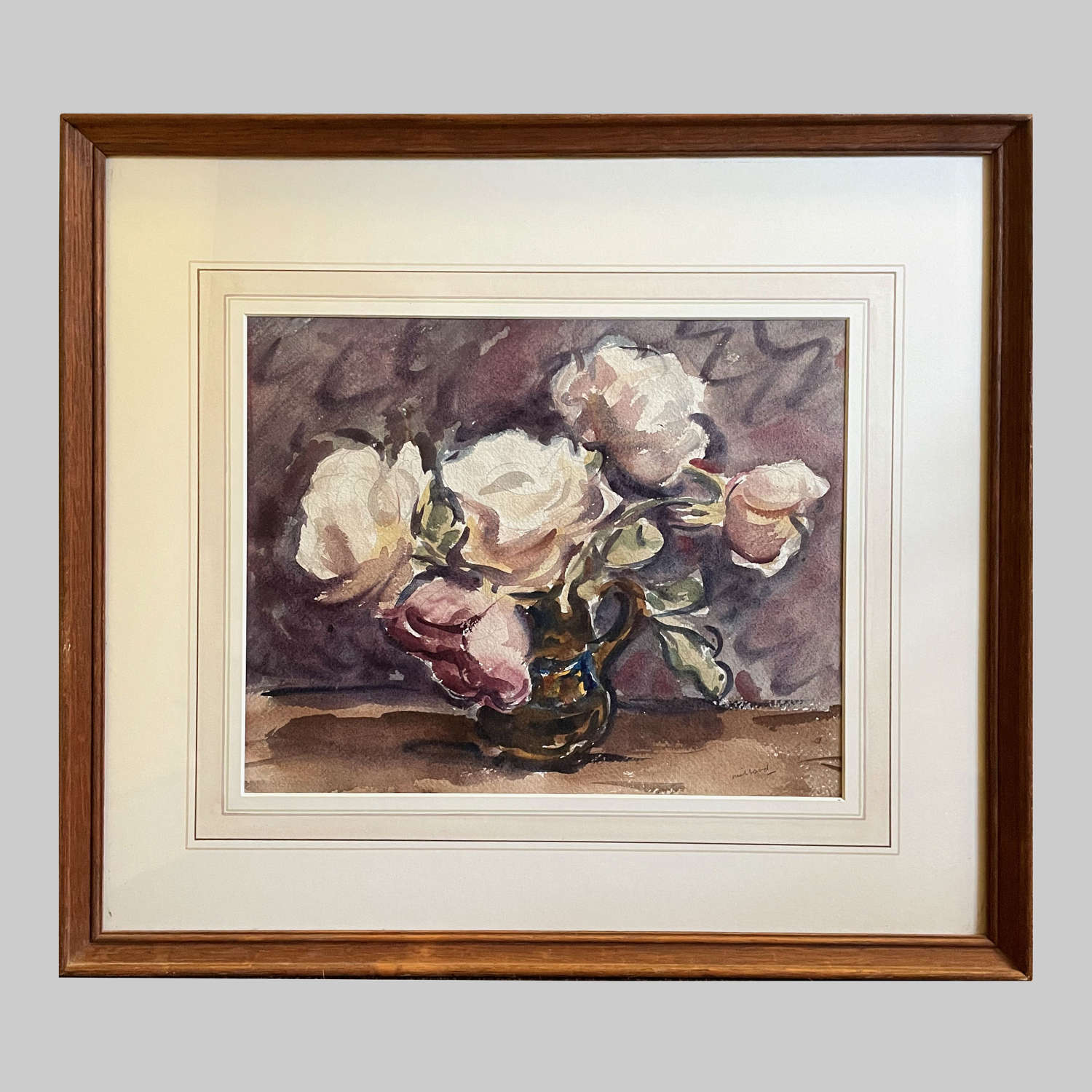 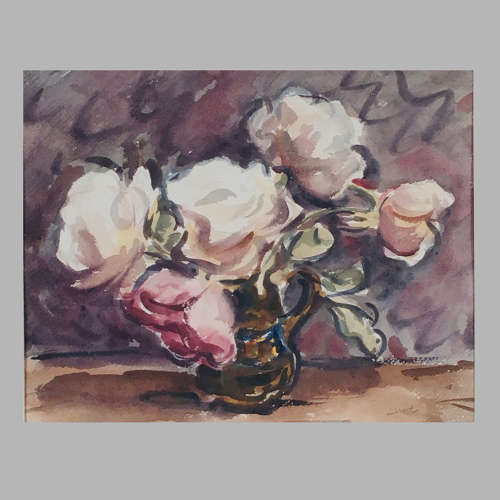 Roses in a Lustreware Jug
Still life watercolour of full-blown roses in a jug by Patrick Ferguson Millard (1902 - 1972). Signed ‘Millard’ bottom right, mounted and in a contemporary frame.
English, circa 1925
Patrick Ferguson Millard (1902 - 1972), an English artist, lecturer and author, born in Aspatria, Cumberland. Also a local historian, he was the President of the Cumberland and Westmorland Archaelogical Society and was mainly responsible for the founding of Tullie House Museum. He studied at both the Carlisle and Liverpool Schools of Art and then went to the Royal Academy in London (1921 - 1925). At age 23 he won the RA Gold Medal and was taught by Walter Sickert who advised him to travel to Paris, Italy and Spain. In 1928 he was elected member of the Royal Society of British Artists and began exhibiting shortly afterwards. He taught at the Richmond School of Art where he shared a studio with John Piper. He then went on to be joint head of St John’s Wood Art School (1930-1938) followed by teaching at Oundle School, Shoreditch Teacher Training College, headmaster of Polytechnic School of Art, Regent Street and then Principal of Goldsmiths College until his retirement in 1967. This painting was purchased from an early exhibition in London and has been in private hands since.