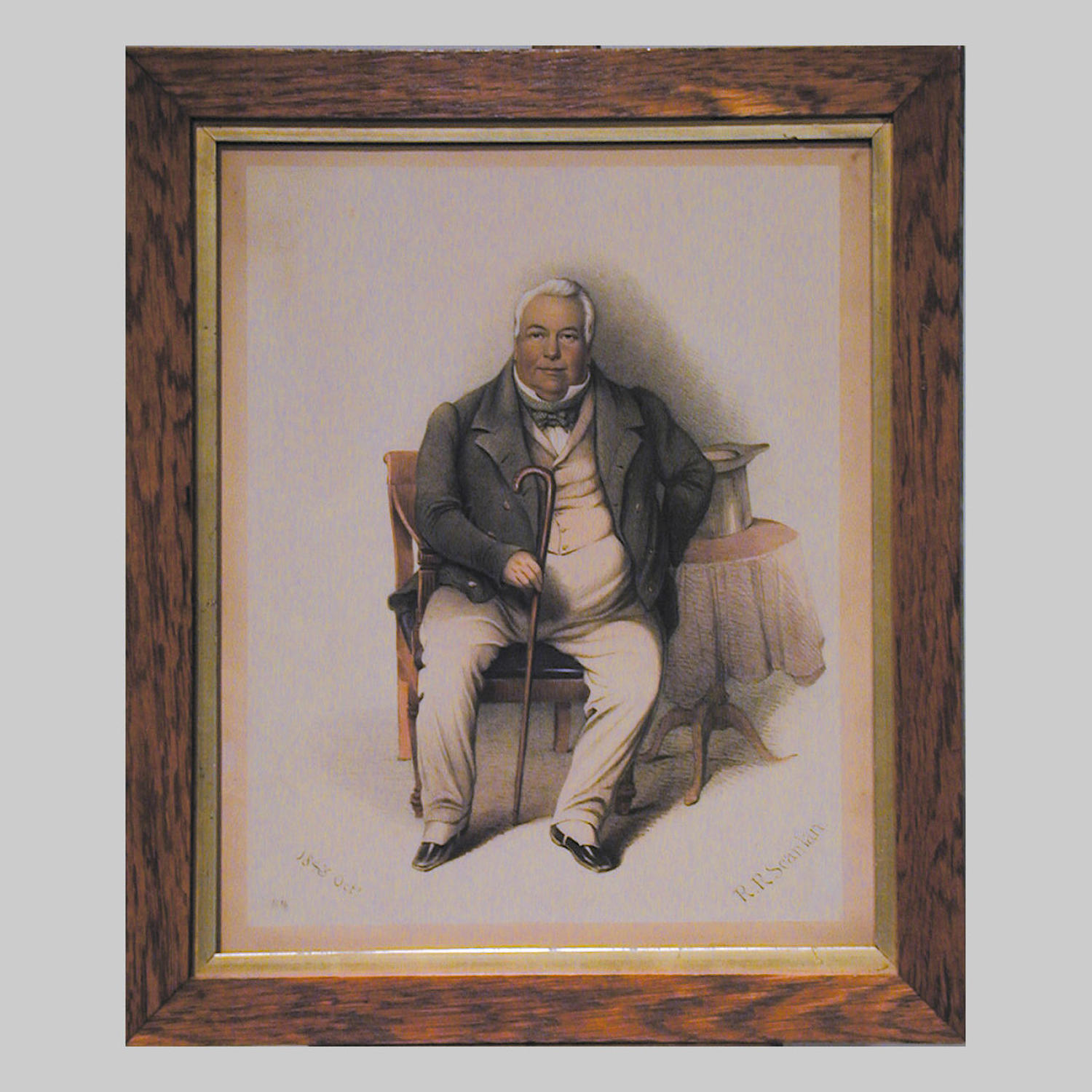 Irish watercolour portrait of a seated gentleman by R.R.Scanlan

Robert Richard Scanlan (1801-1876) was an Irish painter and watercolourist who executed many portraits, which he subsequently exhibited at The Royal Hibernian Academy (1826-1864). He was to become Master of the Cork School of Design, later moving to work in London where he exhibited at The Royal Academy (1837-1859) and lived in Mitcham, Surrey. His work was described by Professor Ann Crookshank of Trinity College, Dublin, as 'charmingly evocative of the leisured society of Victorian Ireland'. His best-known works were portraits of Sir Robert Peel and the Duke of Wellington. This portrait in an oak frame with gilt slip.
Irish, circa 1843