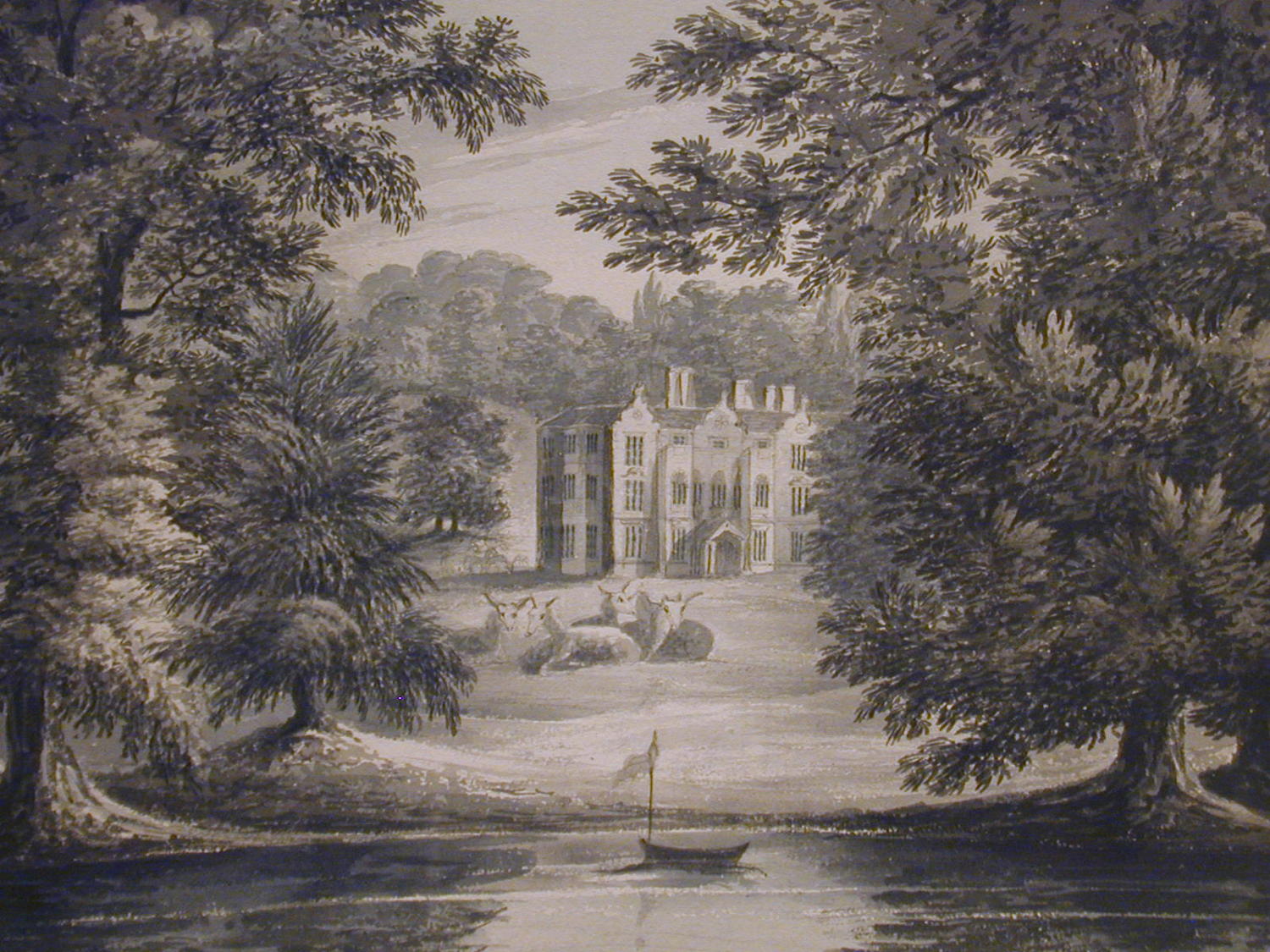 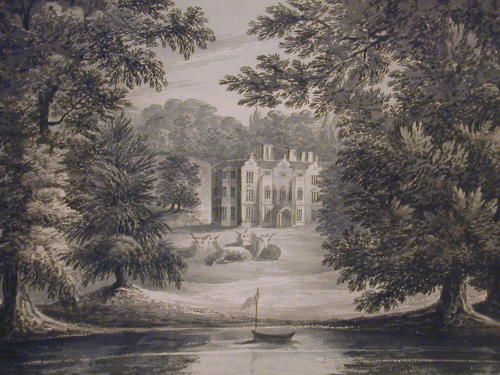 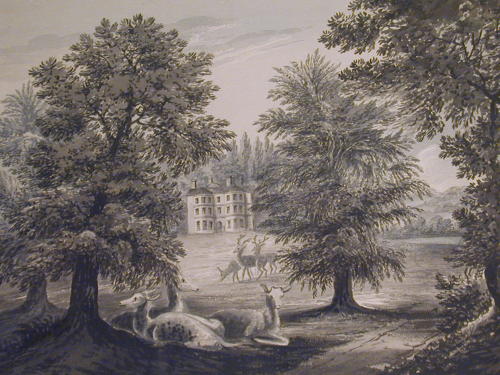 Pair of Landscapes of Northwick Park by the Hon. Harriet Rushout

Pair of Landscape views of the Mansion House, Northwick Park, Blockley, Gloucestershire. Painted by the Hon. Harriet Rushout (1809 - 1852) in 1837.  The first, the eastern elevation, is painted from the lake across the deer park and depicts the front of the house. The second companion landscape shows the southern aspect of the house with its bay windows.  Pen and ink and watercolour in black and white.  Now mounted and framed.  English, 1837

These pictures came by descent from George Rushout-Bowles to his heir, Edward George Spencer-Churchill, whose estate at Northwick Park was dispersed in a series of Christies’ sales on the premises in 1964. They have since then been held in a private collection.