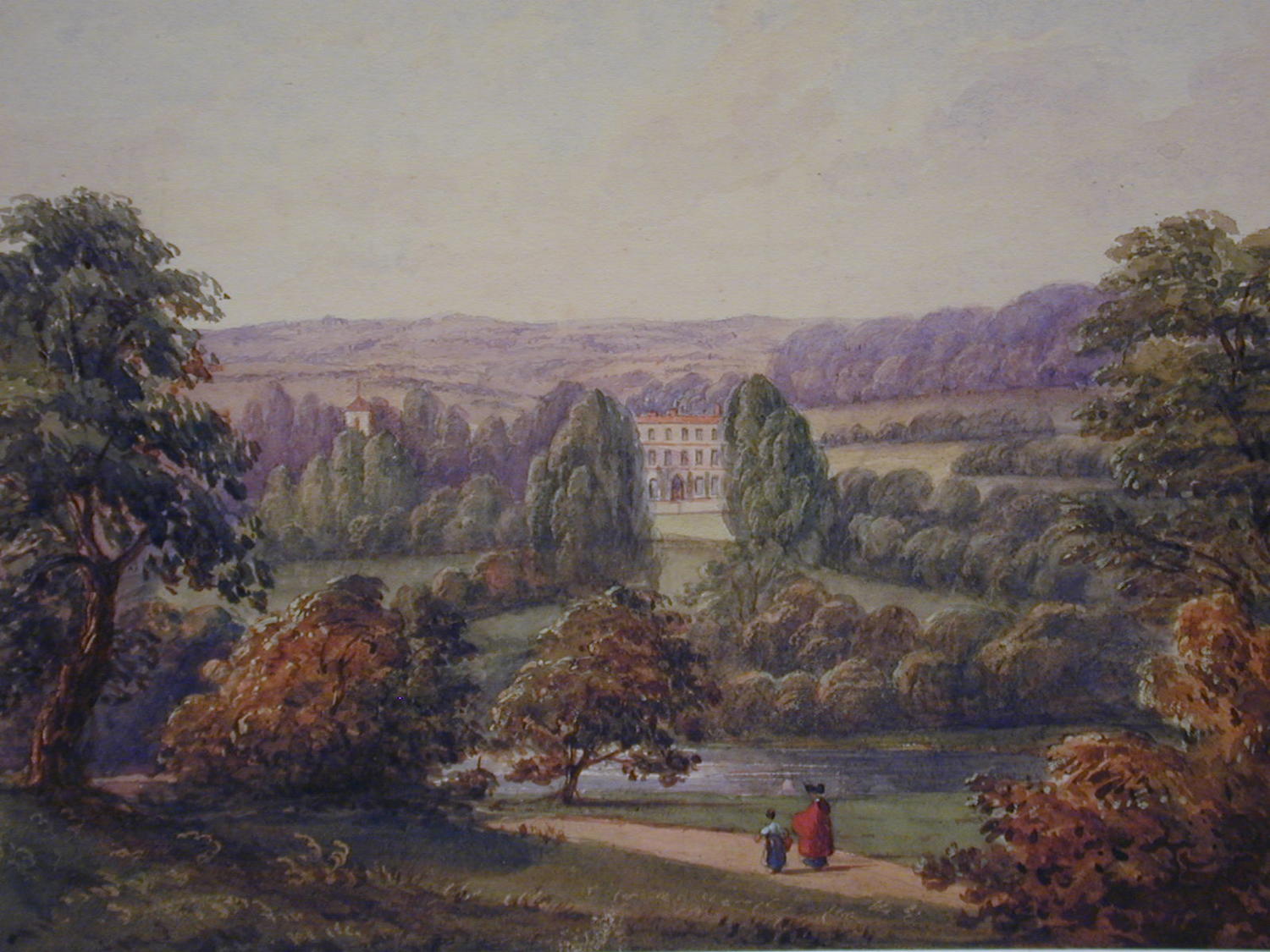 19th century watercolour of Burford House, Shropshire in a wooded landscape with a lake and people in the foreground. Painted by the Hon. Harriet Rushout (1809 - 1852). Harriet and her sister, Georgiana, daughters of George Rushout Bowles and Lady Caroline Stewart, daughter of John, 7th Earl of Galloway, were acclaimed artists in their own right living in their family seat of Burford House in Tenbury Wells, Shropshire. Their brother, George became the 3rd Lord Northwick and, through his descendants, the Northwick seat, Northwick Park in Gloucestershire, was inherited by Edward George Spencer-Churchill, grandson of the Duke of Marlborough and cousin of Winston Churchill.
Now mounted and framed.
This picture came by descent from George Rushout-Bowles to his heir, Edward George Spencer-Churchill, whose estate at Northwick Park was dispersed in a series of Christies’ sales on the premises in 1964. It has since then been held in a private collection.
English, dated June 4th, 1849

Burford House in Tenbury Wells, was a country seat of the Bowles family, the Burford estate being purchased in 1720 by William Bowles - the proprietor of the Vauxhall Glass Works in London, the largest in the country at the time - for £35,000. The house itself was completed in 1728. Hon. Rev. George Rushout, son of John and Rebecca, succeeded to the Burford estate on being bequeathed the property by his uncle, George, brother of Rebecca in 1817 and subsequently assumed the name Rushout-Bowles by Royal Licence. George married Lady Caroline Stewart and had six children, of whom three died prematurely. Of the others, Georgiana (1805 – 1891) lived at Burford House her entire life as did her younger sister Harriet (1809 – 1852). Their surviving brother, George, became the 3rd Baron Northwick in 1859, remaining at Burford House and carrying out extensive additions and alterations throughout the 1860s.