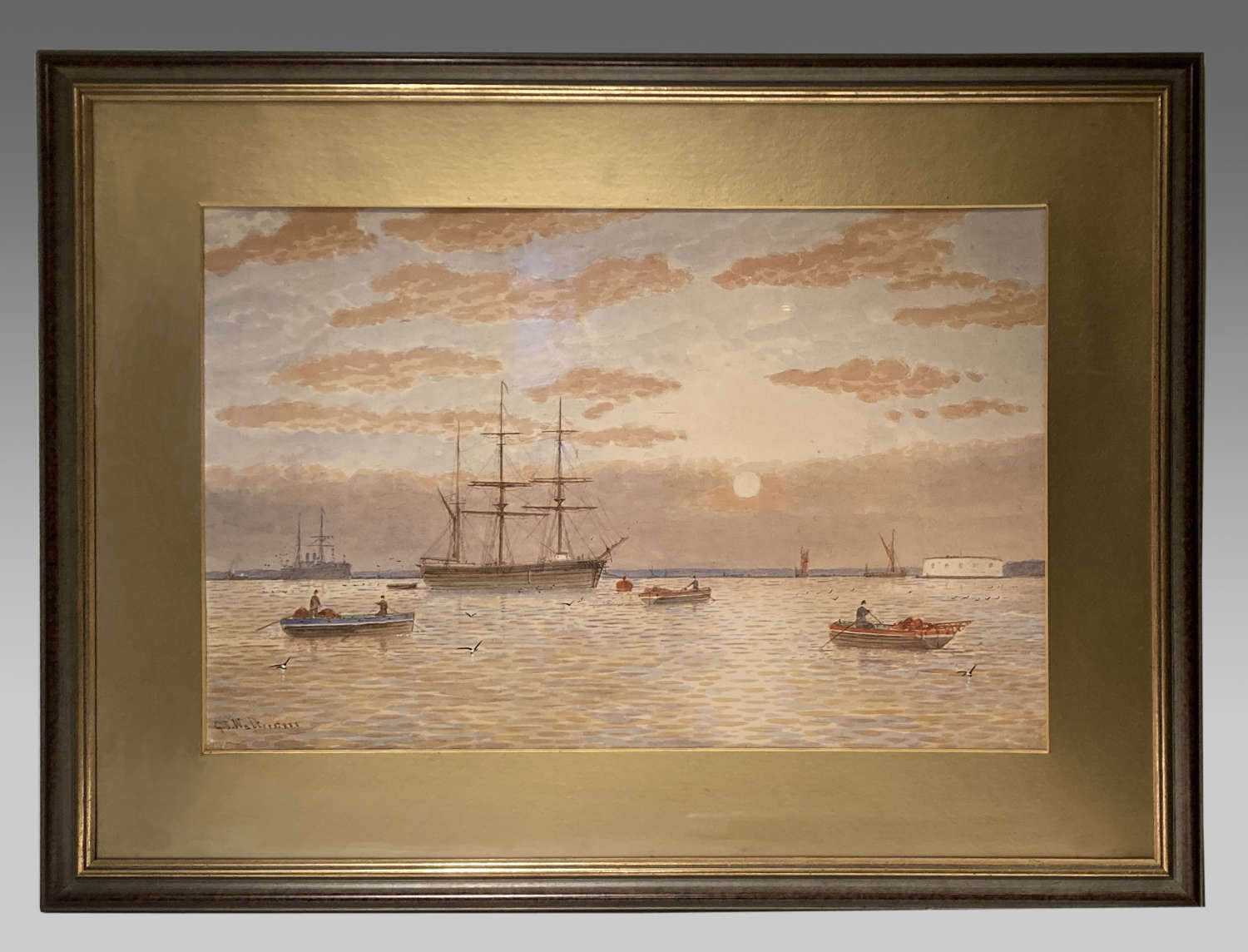 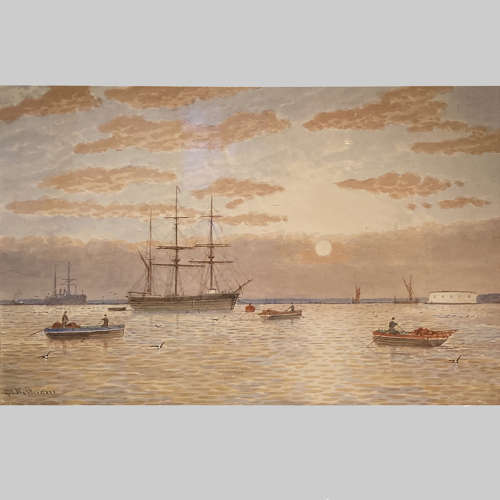 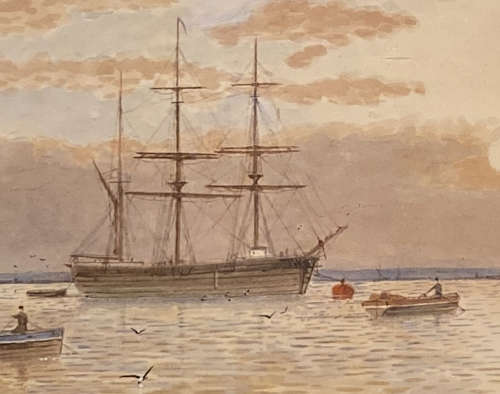 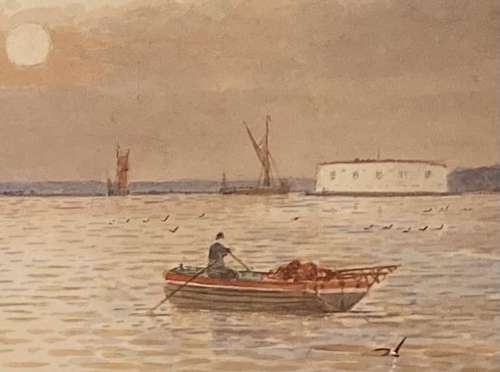 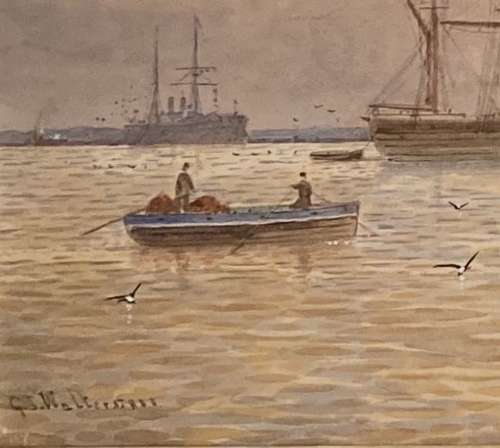 19th century English watercolour painting of a three-masted sailing ship at anchor with other boats on the Medway Estuary at sunset. Signed: G.S.Walters, RBA. This painting captures the tranquility of sunset - a theme of many of his works - using pinks and russet tones to enhance the serenity and warmth of the scene. With its sails furled, the three-masted sailing ship sits at rest on the calm estuary. The white building to the right of this painting is probably Darnet Fort.
English, circa 1880

George Stanfield Walters (1838 – 1924) was born in Liverpool, the grandson of the marine and coastal painter Miles Walters. He studied under his father, marine artist Samuel Walters, moving eventually to London in about 1865. He is best known for his paintings of the Channel Coasts, the Lake District, Thames and Wales and also for his works from the Venetian and Dutch waterways. Walters was a prolific exhibitor throughout London and the UK and examples of his works are now in collections in the British Museum and the Victoria and Albert Museum in London. He was elected to the Royal Society of British Artists in 1897.

In 1860, the Royal Commission for the defence of the United Kingdom put forward a recommendation that two powerful gun batteries were installed at Burntwick and Oakham with a boom between them. These forts were eventually built at Hoo and Darnet Ness, the latter housing nine 9” guns and three 7” guns. It was complete and operational by 1872.