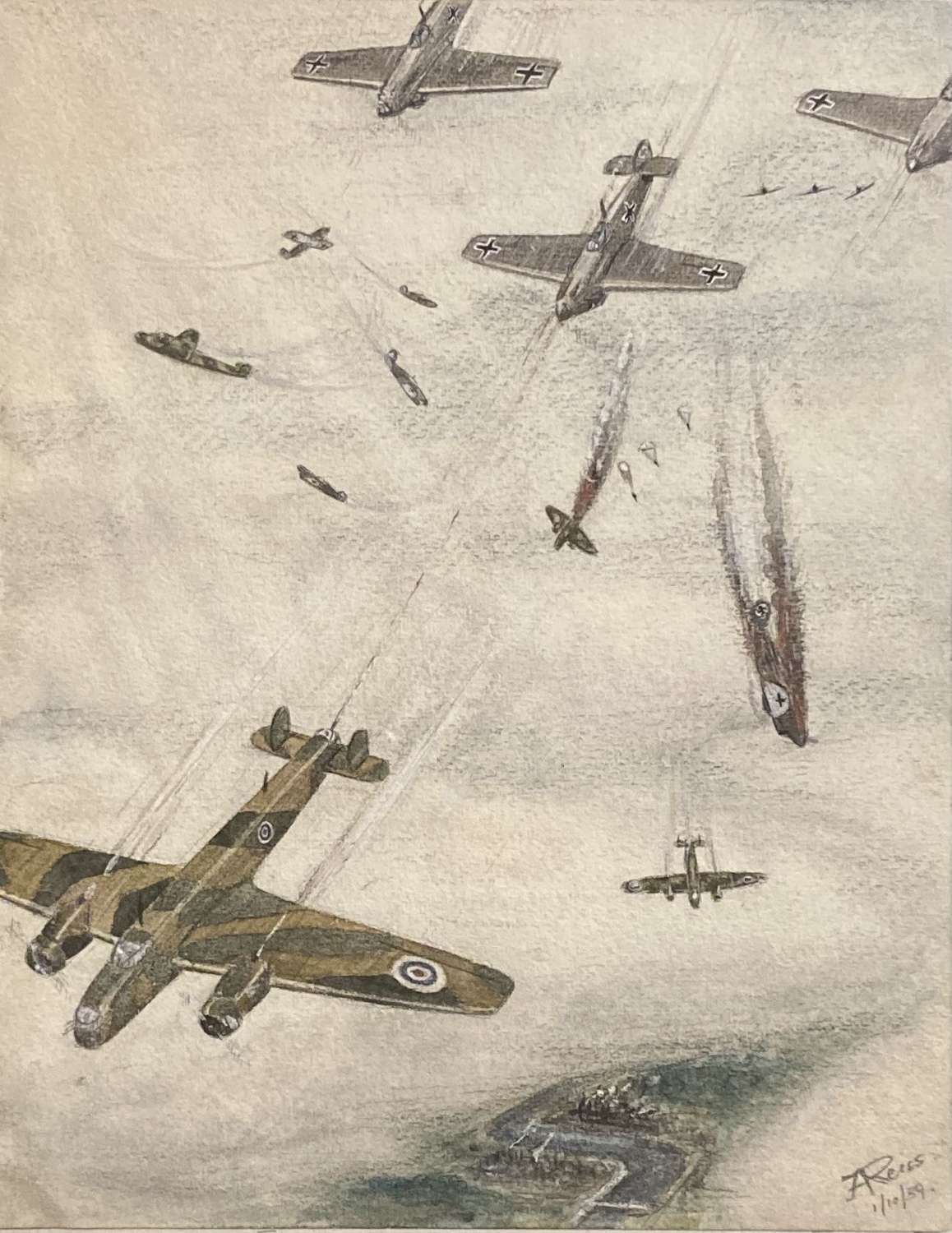 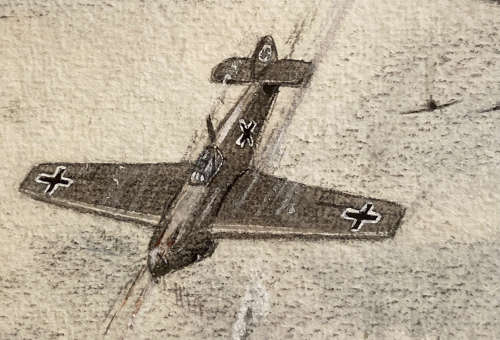 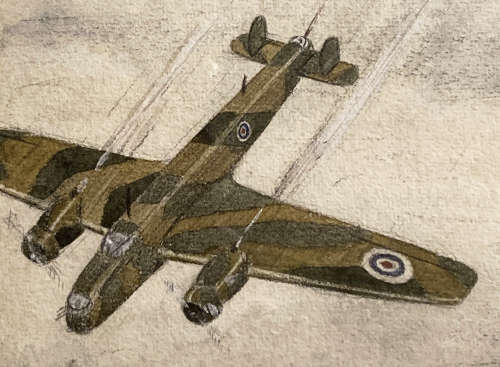 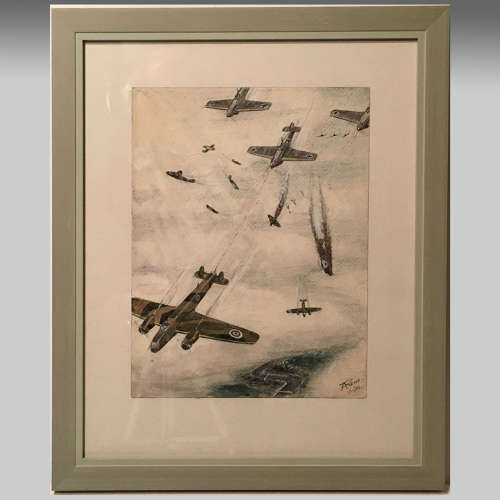 Pastel and watercolour depiction of aerial combat between the RAF’s Armstrong Whitworth bombers and the Luftwaffe’s Messerschmidt BF109 with some air crew parachuting from a stricken plane. Possibly representing the first day of WWll when British bomber planes were sent to drop propaganda leaflets over Germany. Signed J A Reiss and dated 1st October 1939.