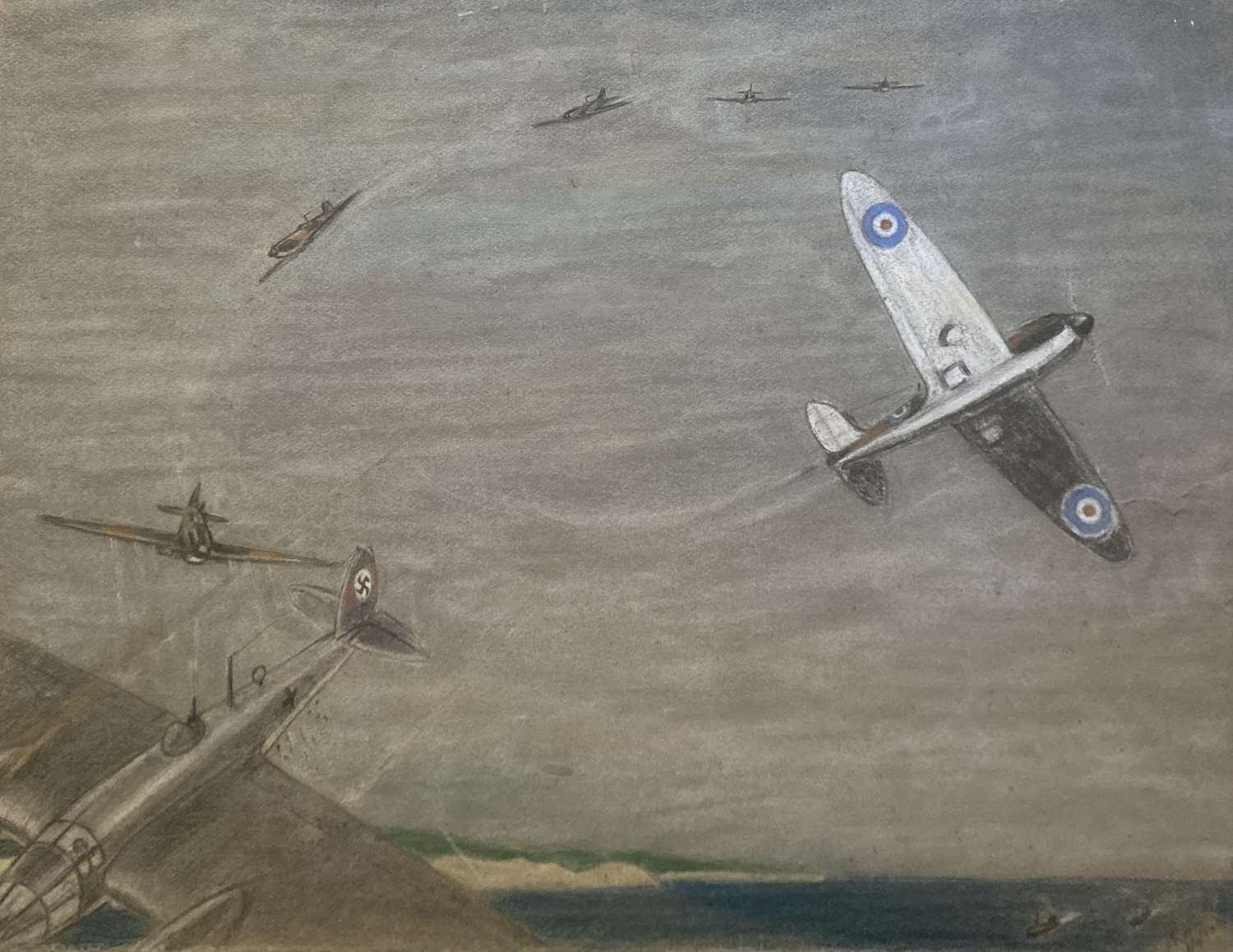 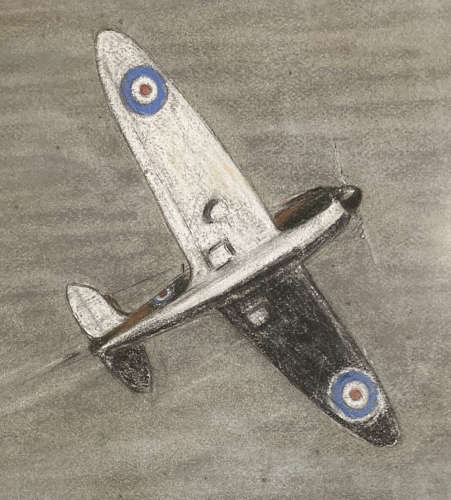 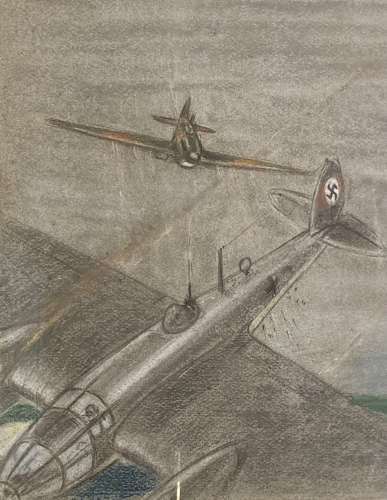 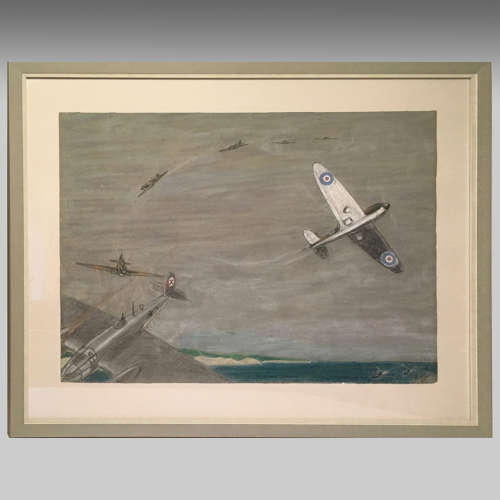 Pastel and watercolour drawing depicting an air battle over the English Channel between a squadron of the RAF’s Supermarine Spitfires and the Luftwaffe’s Heinkel HE111 H-6 bomber. The White Cliffs of Dover can be seen in the distance. Signed J A Reiss and dated 6th February 1940.