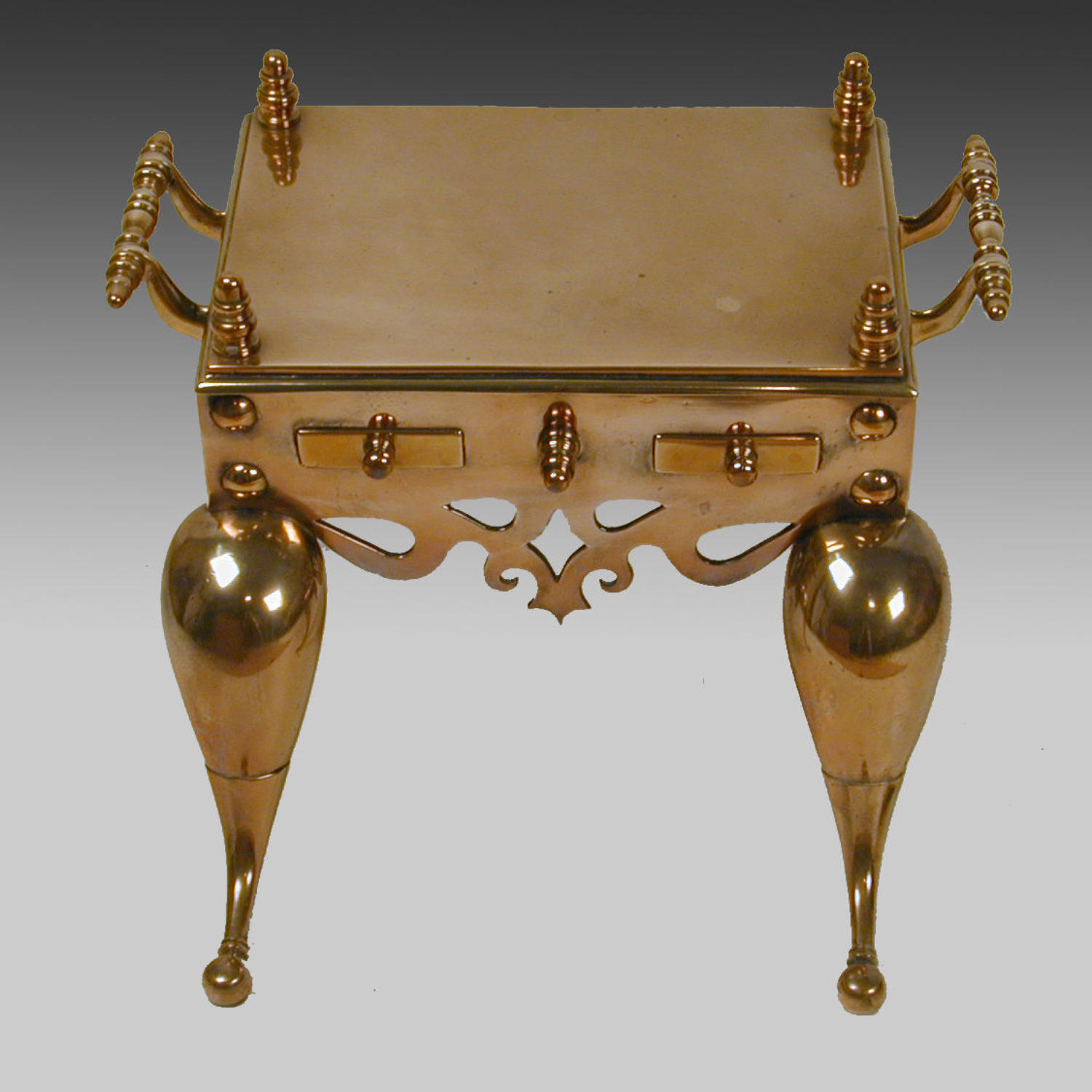 Antique cast brass footman or hearth trivet. This very fine example with rectangular top and acorn finials, a pair of turned side carrying handles, dummy drawers and a pierced fretwork frieze over bold cabriole front legs and with turned legs to the rear.
English, circa 1820 - 1850