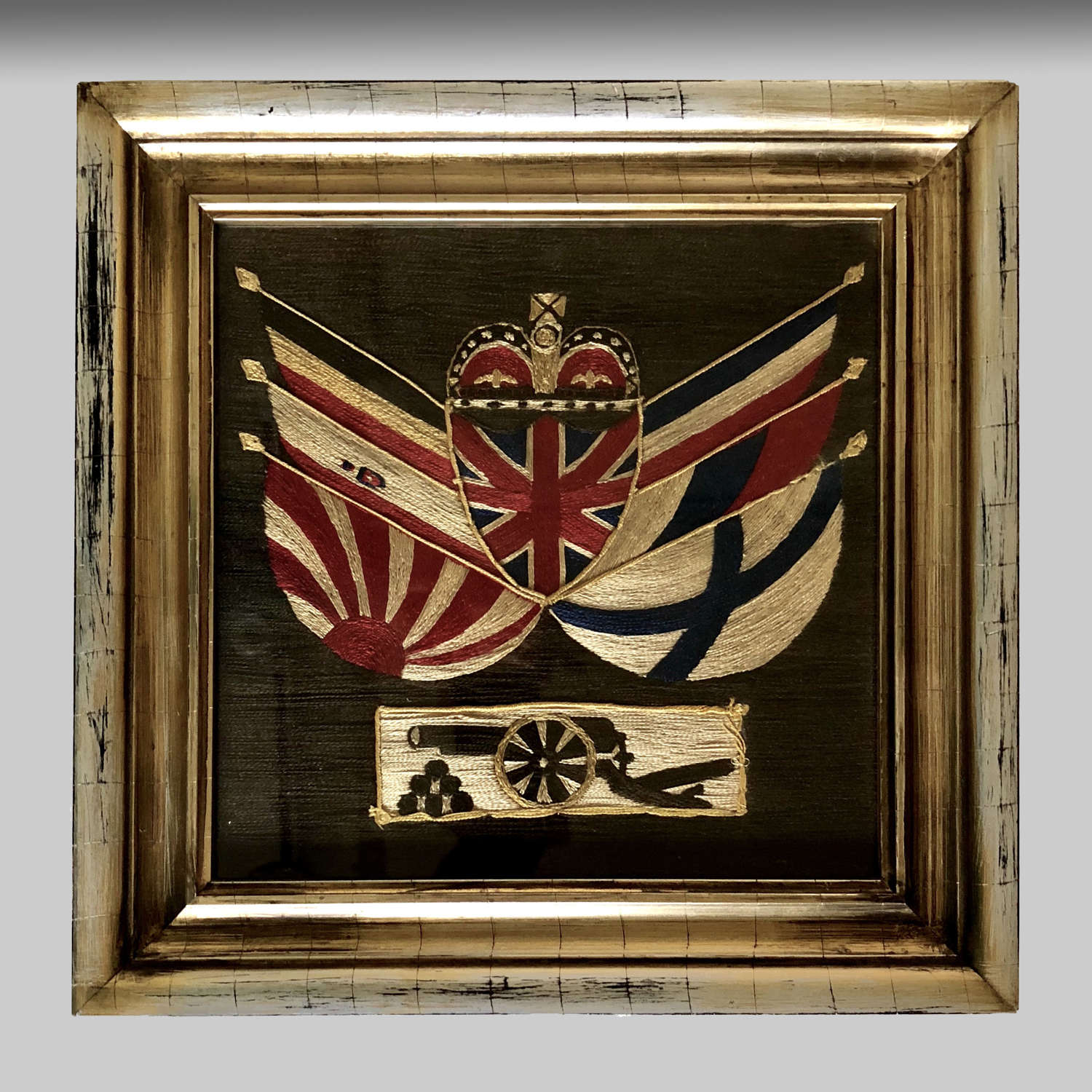 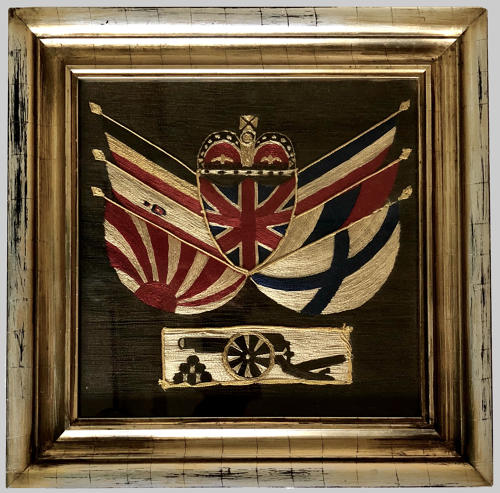 Folk Art commemorative woolwork picture depicting the flags of the allied nations during World War 1. The British crown sits above the Union Jack surrounded by the flags of six allies. A field artillery cannon is depicted to the base of the image.
All on a black ground. Now mounted in a gilt and silvered frame of a later date.
English, early 20th century, circa 1918