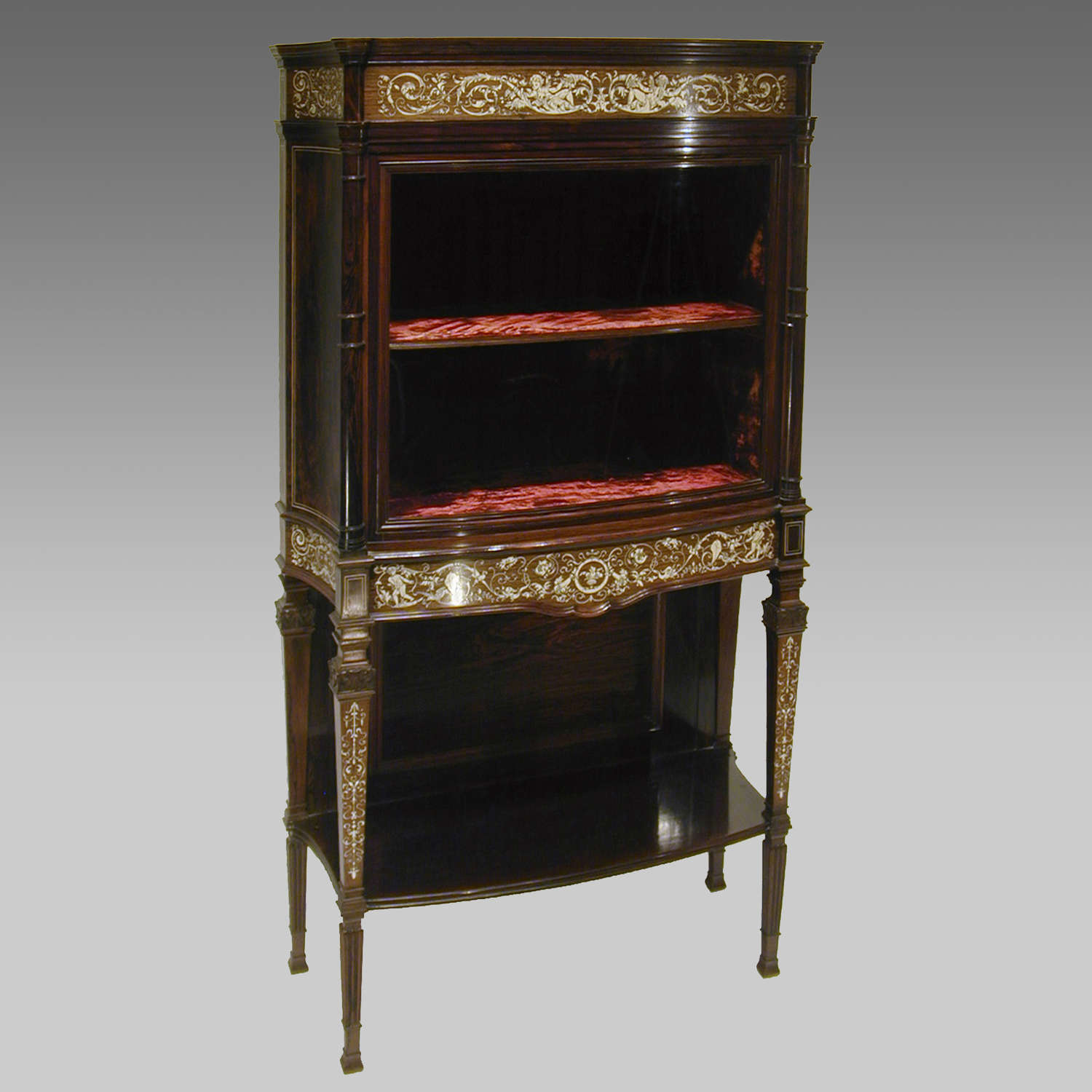 An exceptional exhibition quality antique 19th century rosewood and ivory inlaid cabinet by Collinson & Lock. The cabinet was probably designed by J.S. Lock, with the engraved ivory Italianate arabesque chimeric figures and scrolling foliage inlay being the work of Stephen Webb who worked for the company from 1885 onwards. The distinction of his work lies as much in his adaptation of renaissance details as in the quality of his engraving. It has never been more delicately executed. In 1897, the company of Collinson & Lock was taken over by Gillow’s. Stephen Webb was later appointed Professor of Sculpture at the Royal College of Art. He was also a member of the Art Workers’ Guild from 1887-1902. The cabinet retains its original silk plush lining and also bears impressed maker’s mark and the number 2441.