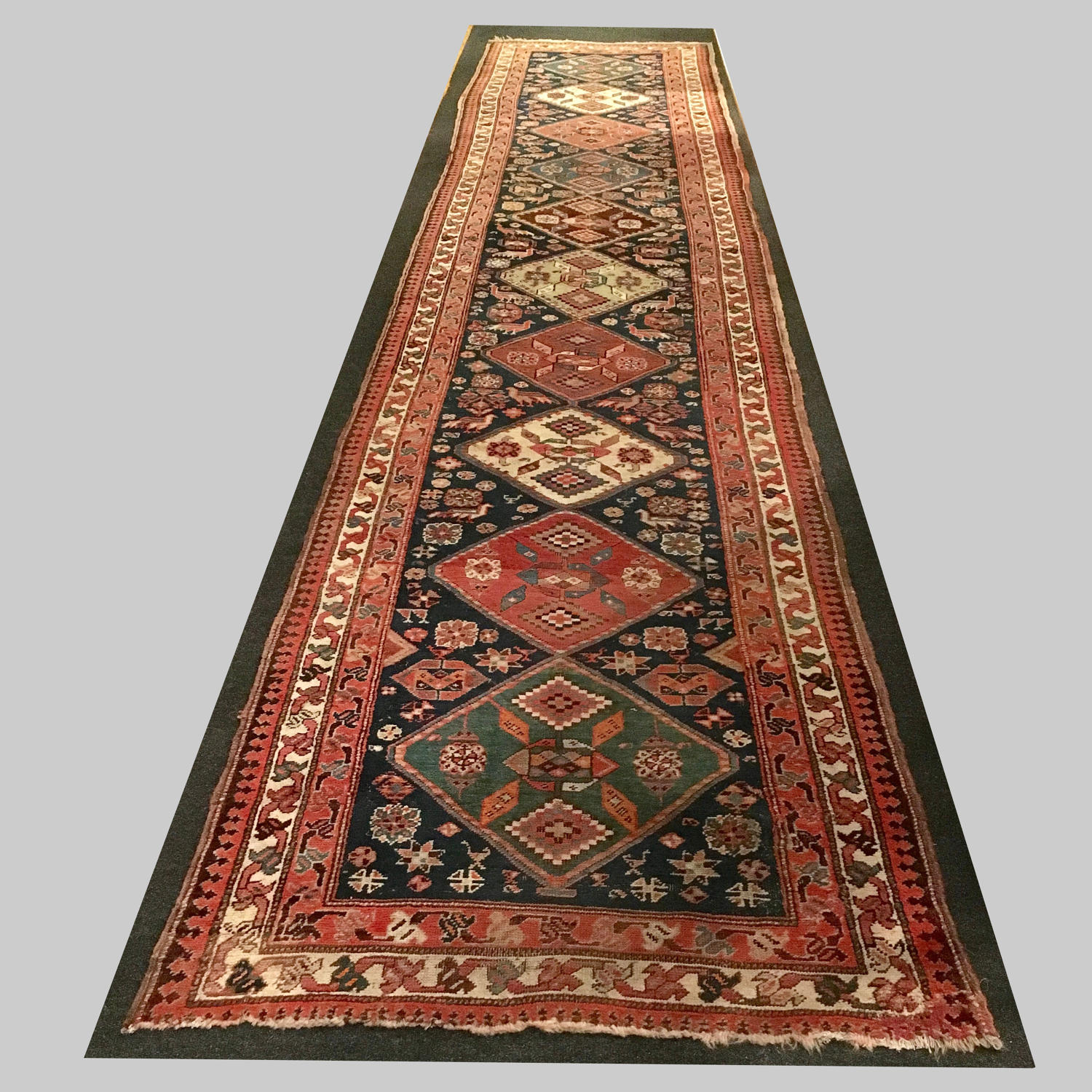 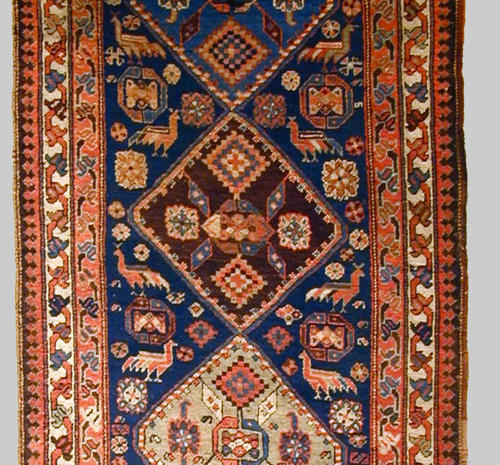 Pair of antique Caucasian Kazakh carpet runners,  typically geometric in pattern, Kazakhs tend to be red, yellow or gold and blue in colour. Designs can include animals, flowers and medallions, almost always implemented with straight lines.

Kazakh (or Qazax) is a small city in the Northwest of Azerbaijan controlling routes into Armenia and Georgia.  Kazakh rugs are mainly woven by the people of Armenia and Afghanistan who are influenced by the Caucasian designs found in old rugs from Russia as well as from the northern parts of the Persian empire.