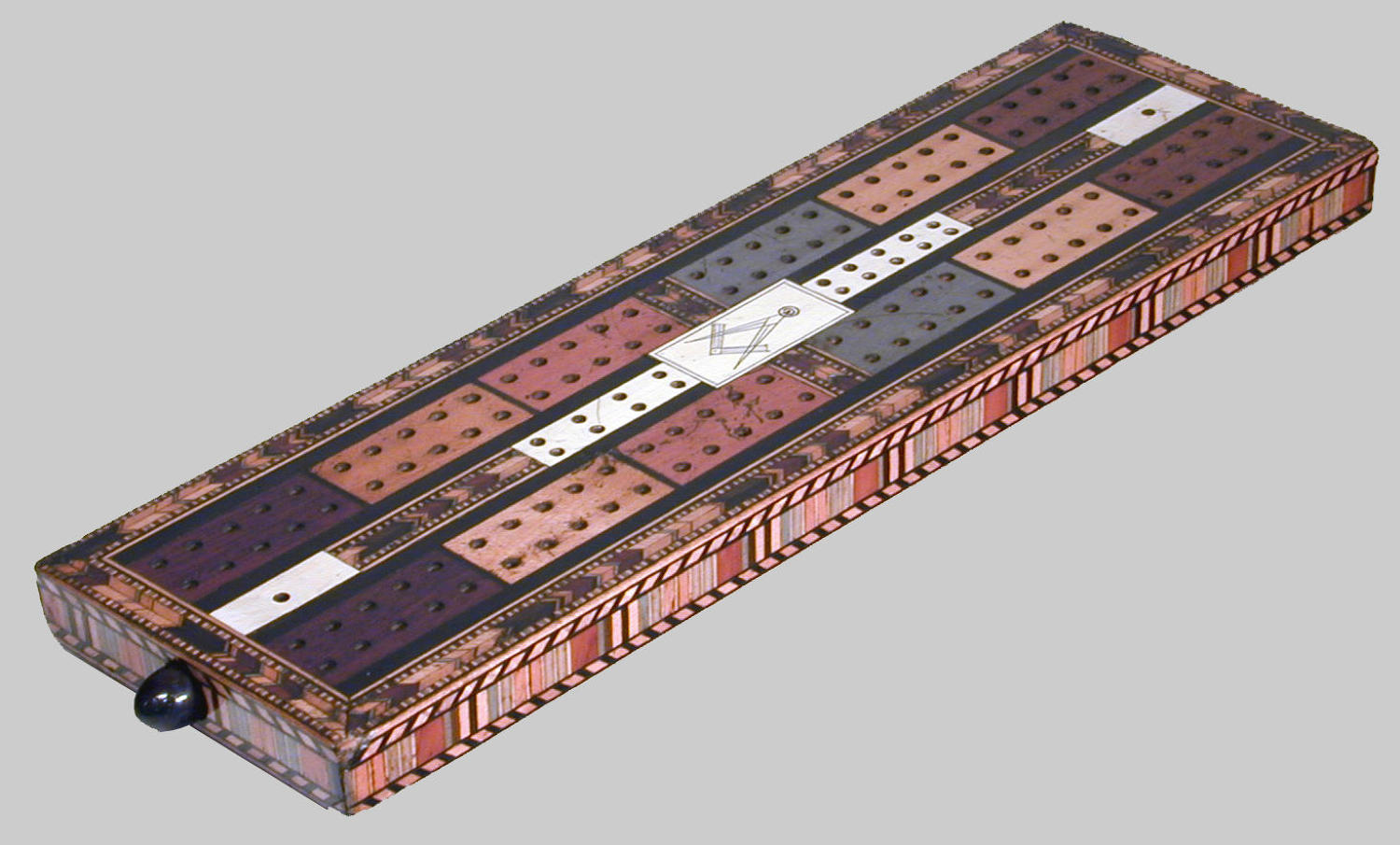 19th century antique cribbage board with Masonic device. The rectangular board is prefusely inlaid with stringing, feather and crossbanding and an array of different woods. The plug at the end is removable and contains turned ivory pegs for scoring. The reverse is impressed with the maker’s name, N. Murray, who lived and worked in the Cotswolds in the 19th century.
Height 1” (.25cm) Width 12” (31cm) Depth 3.75” (10cm)

It is said that the game of Cribbage was created by the English poet, Sir John Suckling, in the early 17th century as a derivation of the game ‘noddy’. Although this game has disappeared, ‘Crib’ has survived more or less unchanged and remains one of the most popular games in the English-speaking world.