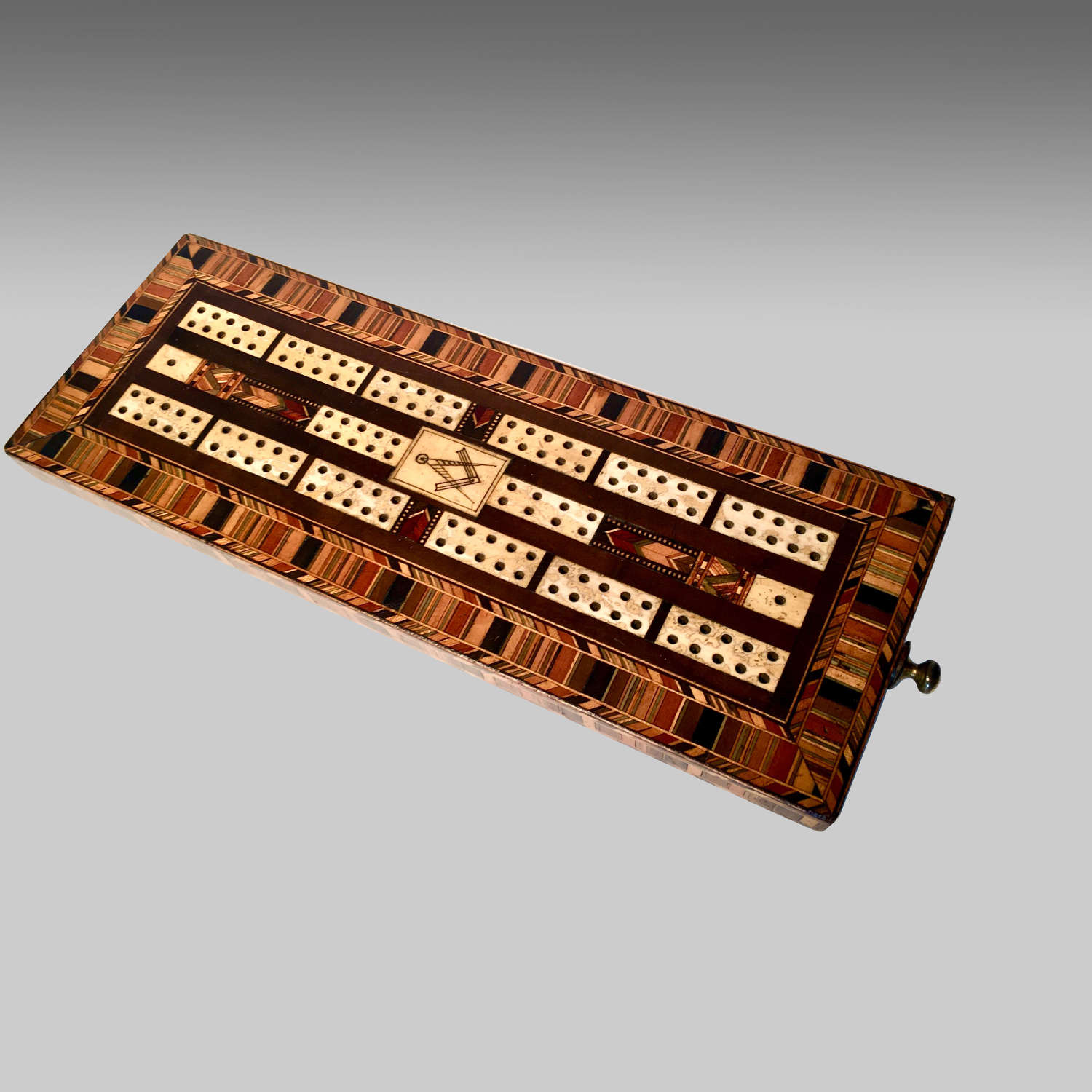 Mid 19th century parquetry inlaid cribbage board. The mahogany board, decorated with parquetry inlay, the cabinet maker demonstrating his skill with banding, stringing, feather banding and bone.  The board also bears the masonic symbol. Stands upon turned bun feet, the four bone scoring pegs are housed at one end, held in with a plug.  A similar cribbage board has a maker’s mark N.Murray, who probably made this one, and who is believed to have lived close by in Gloucestershire.
English, early to mid 19th century