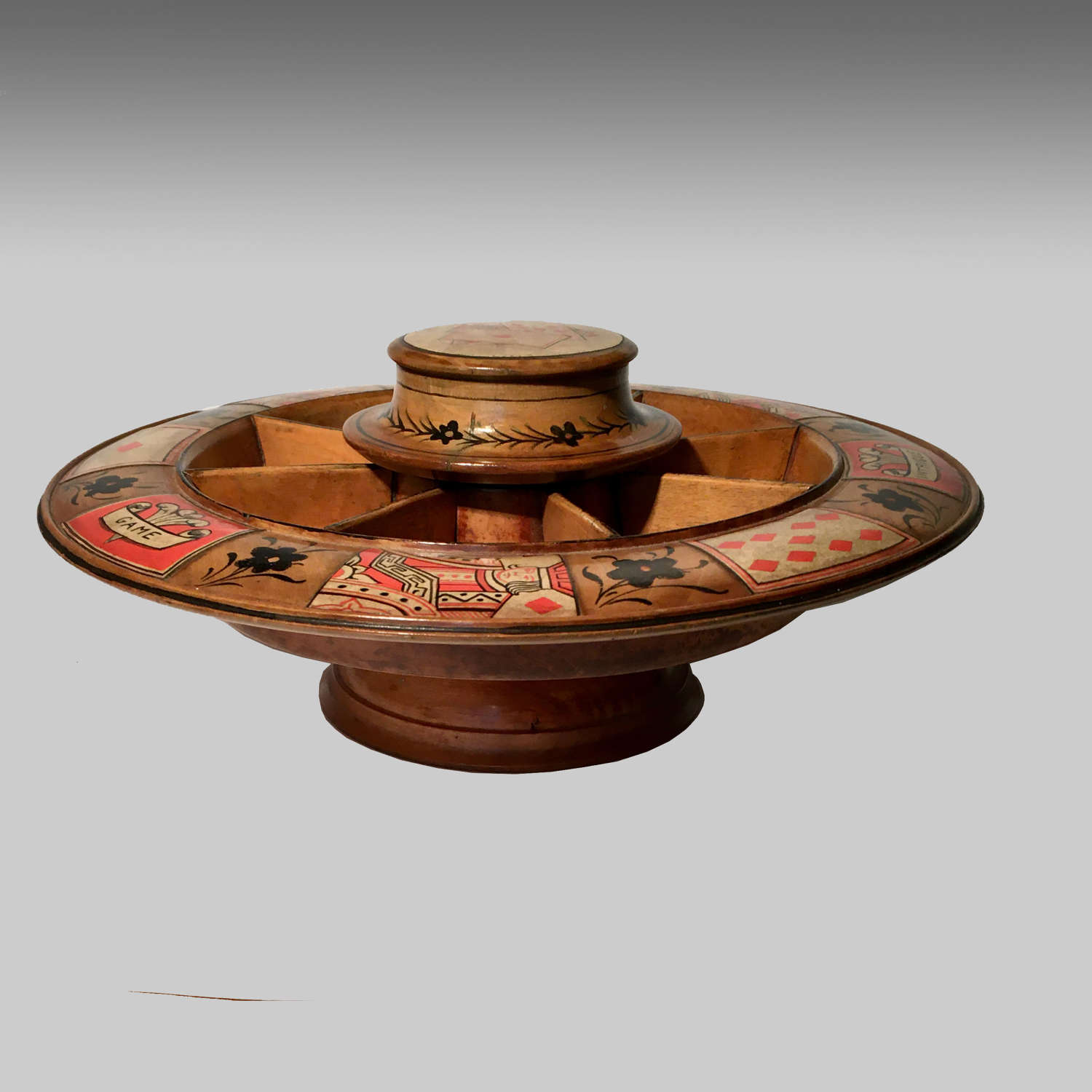 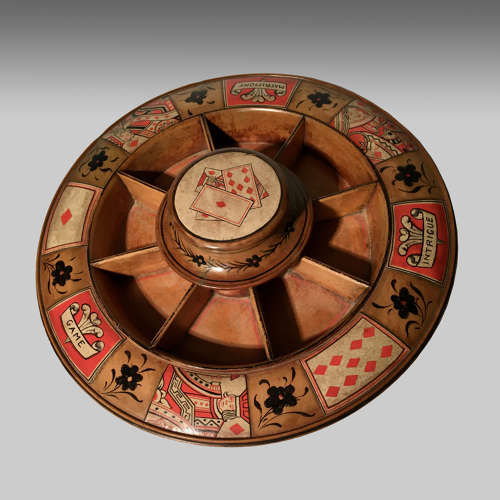 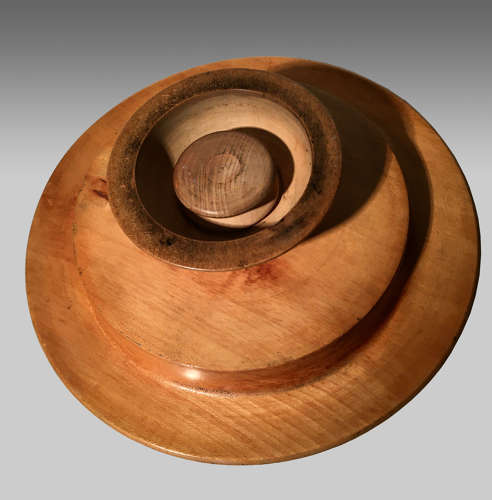 The circular board with 8 trapezoidal divisions marked around the rim as; King, Queen, Jack, and Nine of Diamonds (the 'Pope' card), 'Game', 'Matrimony', and ‘Intrigue' within a floral border. The central lidded pot for gaming counters.

Pope Joan or Pope is an 18th-century English round game of cards for three to eight players and a popular Victorian family game, derived from the French game of Matrimony and Comete and ancestor to Spinado and the less elaborate Newmarket. The game is related to the German Poch and French Nain Jaune.