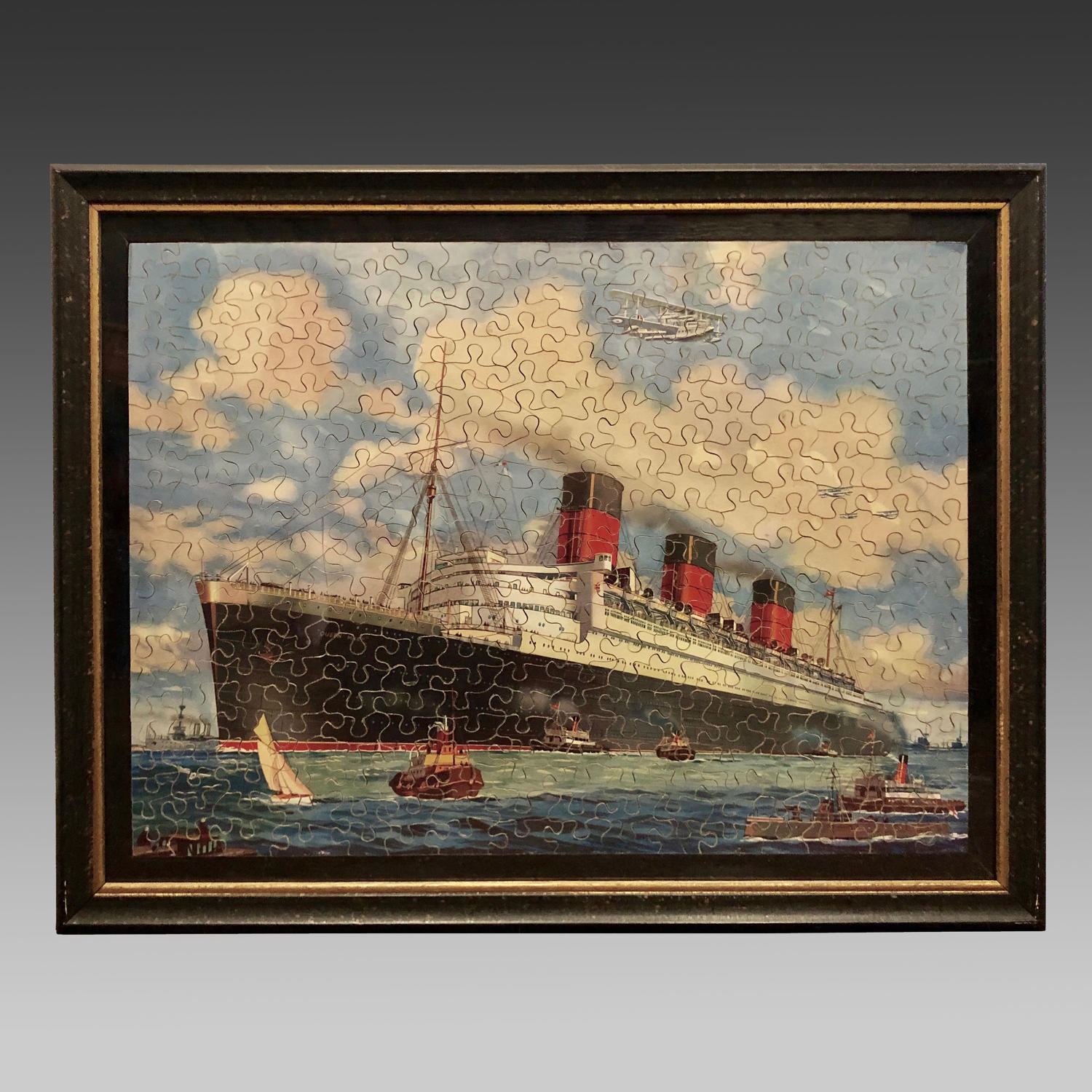 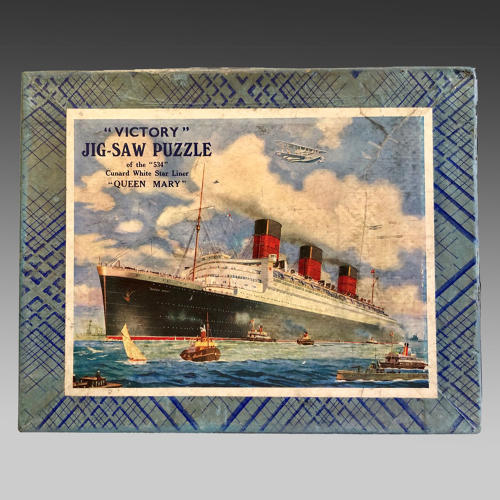 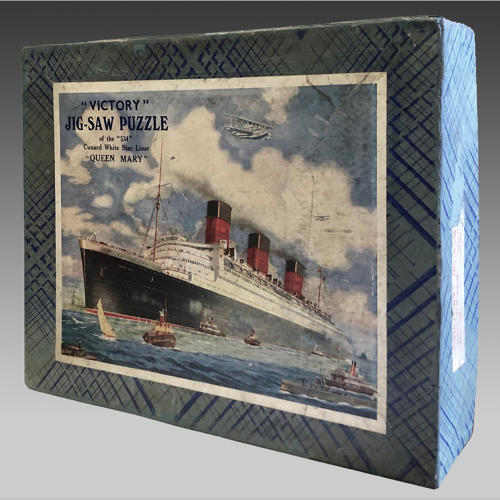 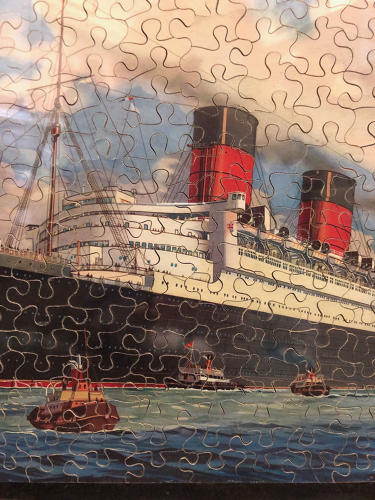 Vintage jigsaw puzzle of the passenger ship the 'Queen Mary'

G. J. Hayter & Co. began making jigsaw puzzles in the 1920s, with an exhibition in the British Industries Fair of 1929. They also made Table Tennis Tables, Table Hockey and Table Lawn Tennis Courts. They continued trading until 1970 when they were taken over by Spears. The number “534” refers to the number ascribed to the hull that Cunard had created before entering into financial difficulties. It became the Cunard-White-Star Line passenger liner the ‘Queen Mary’ once it was built by the famous shipbuilders Messrs John Brown & Co of Glasgow, with work commencing in 1930, pausing due to the Great Depression and eventually being finished with the ship being launched on September 26th 1934. The Queen Mary was retired from service in 1967 and taken to Long Beach, California, where she is now operating as a tourist attraction, museum and hotel.