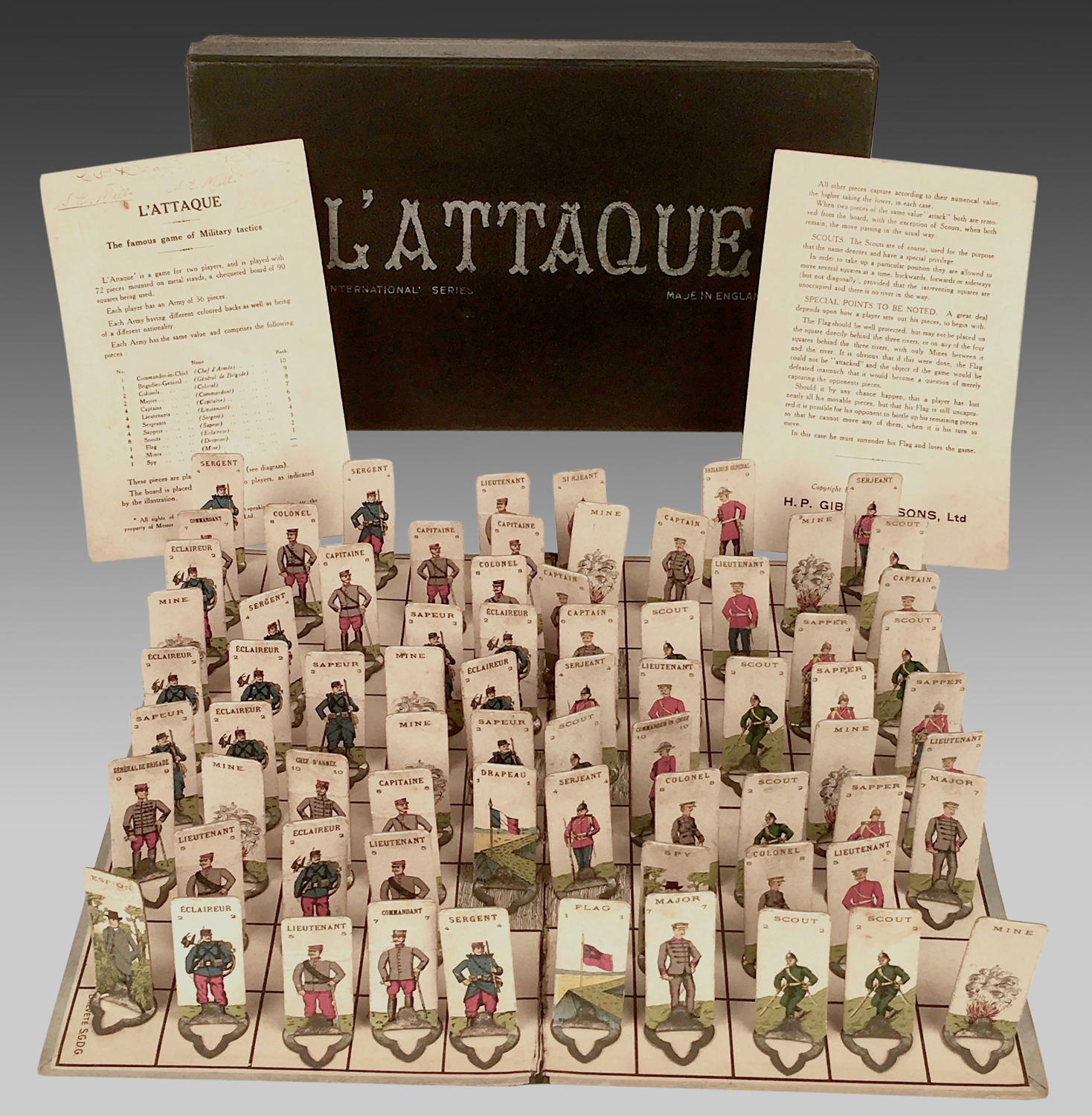 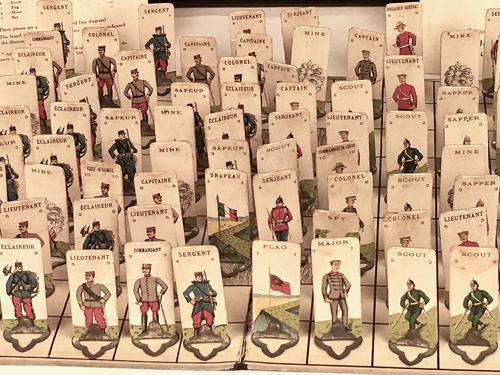 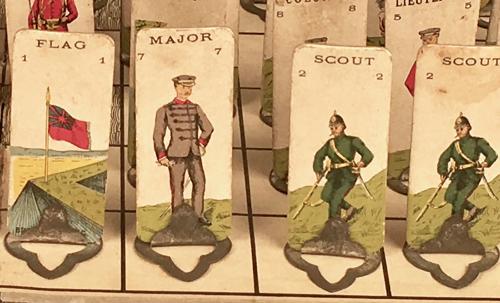 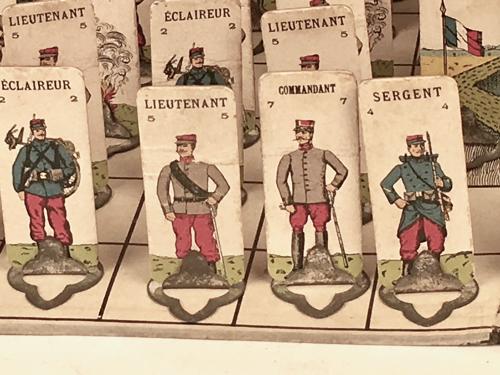 Military tactical board game featuring the French and English armies at the beginning of the 20th century. Black leather-cloth covered box opens to a board with marked squares and rivers and 72 pieces, 32 being soldiers from the French army and 32 from the English. Original instructions included.
English, circa 1925

L’Attaque was designed by a Mademoiselle Hermance Edan, who filed a patent for the game on 26th November 1908. Her description of the game was ‘jeu de bataille aves des pièces mobiles sur damier’ ( a battle game with mobile pieces on a gameboard). The patent was released by the French Patent Office in 1909. Subsequently, Hermance marketed her game between 1909 and the early 1930s, selling the rights to publish the game in English speaking countries to H. P. Gibson in the 1920s.

The game is played with 36 pieces each on a 9x10 square board. Each piece has a numeric value, which is hidden from the opponent and only revealed when an attacking piece moves onto a square occupied by an opponent's piece. In most cases, the piece with the highest value wins and the losing piece is removed from the board. Play continues until one player finds the opponent's flag piece and takes it.

Copies of this game are held in various museums, including the V&A in London.