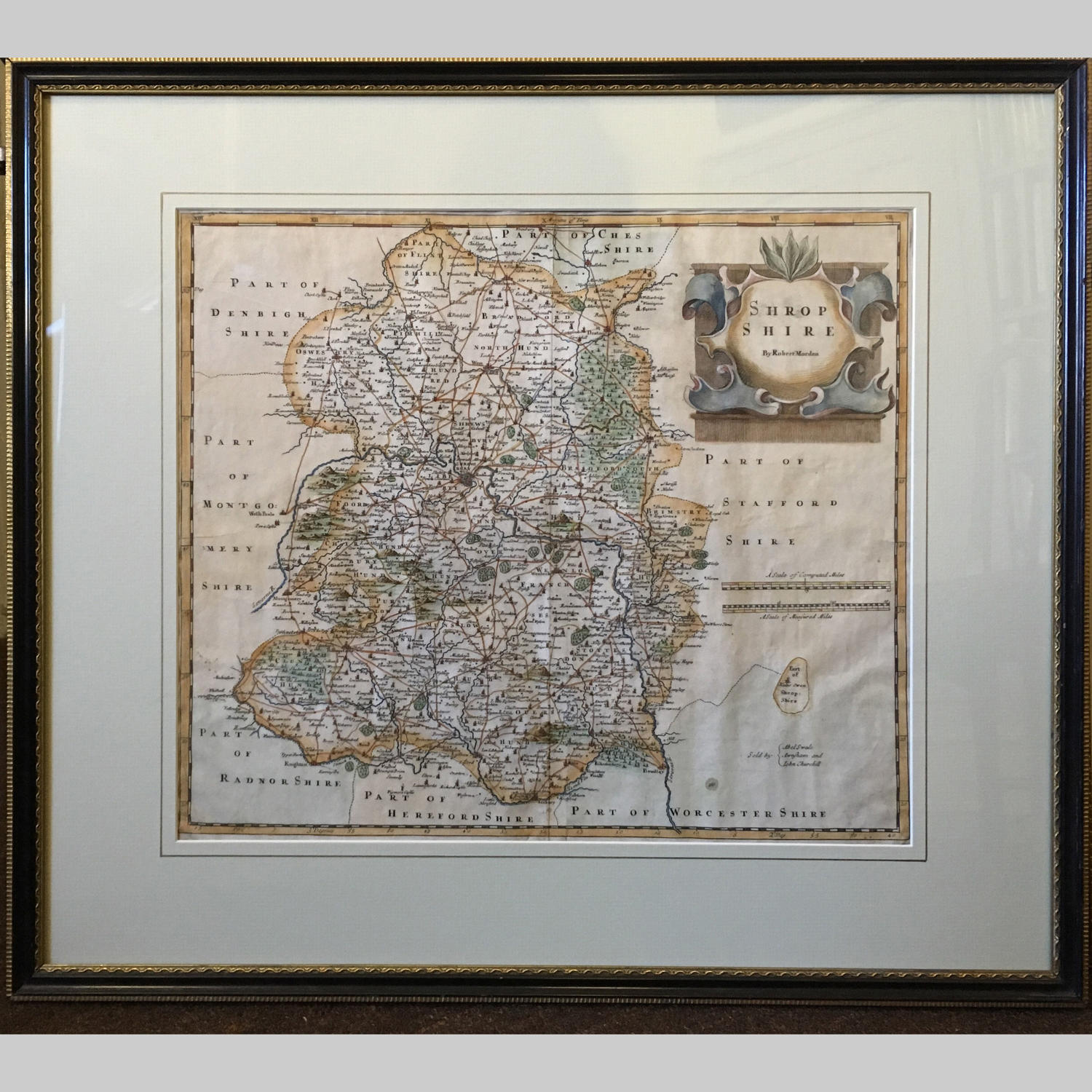 Map of Shropshire by Robert Morden

Map of Shropshire by Robert Morden. Hand coloured map as first published in Camden’s Britannia in 1695 by Edmund Gibson, Bishop of Lincoln. Ornamental cartouche above a comprehensive map, with scale bars, depicting towns, villages, churches, woodlands, parks, rivers and hundreds, etc. It also shows a scale of “Computer Miles’ and a scale of “Measured Miles’, each different. Sold by Abel Swale, Awnsham and John Churchill. Shows anomalies that appeared on the 1695 edition that were rectified in the next edition of 1722, such as Foundation for Round Acton.
Robert Morden (c.1650-1703) an English bookseller, publisher and one of the first successful commercial maker of maps and globes.
Mounted in a Hogarth frame.
English, circa 1695