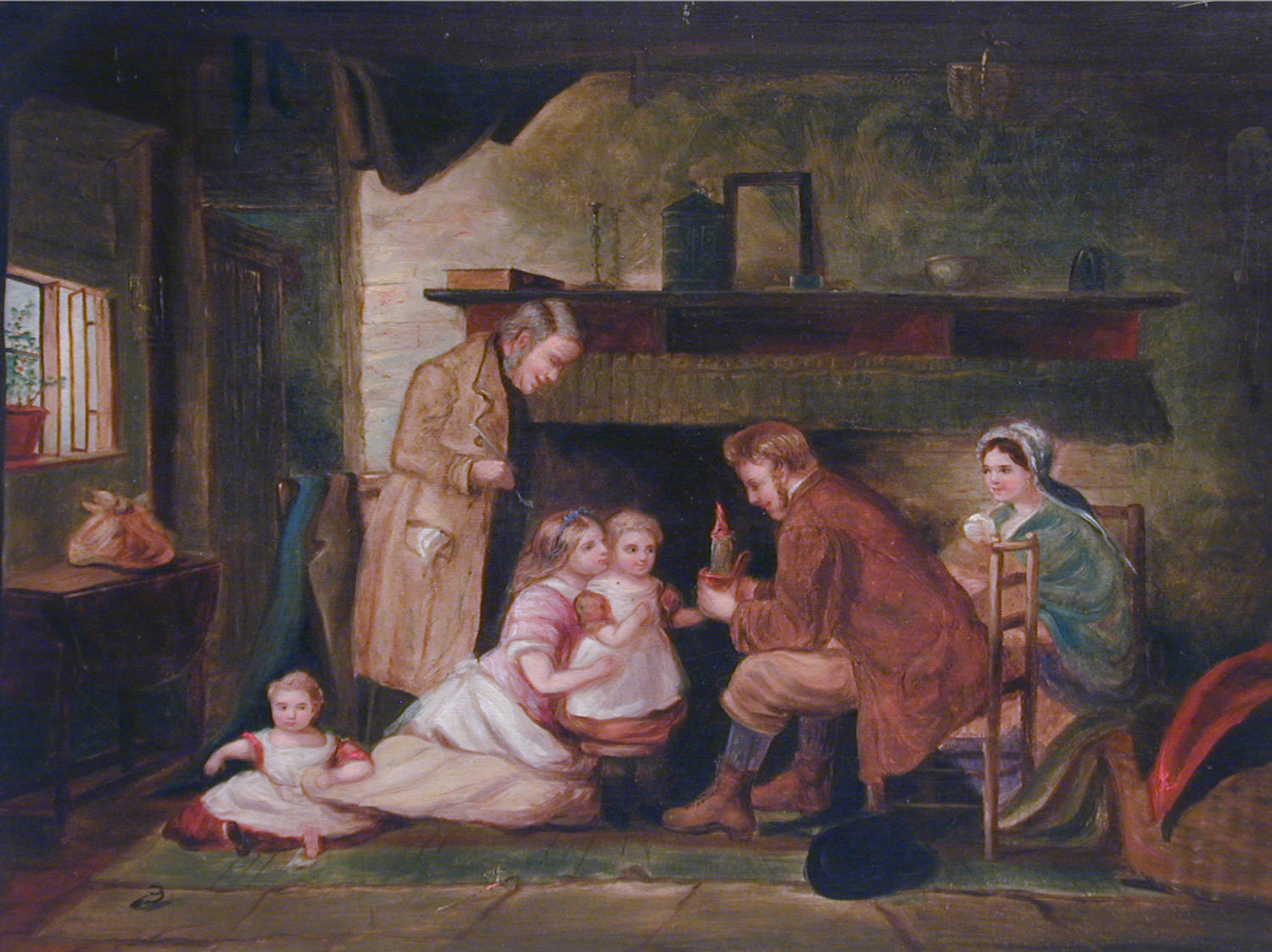 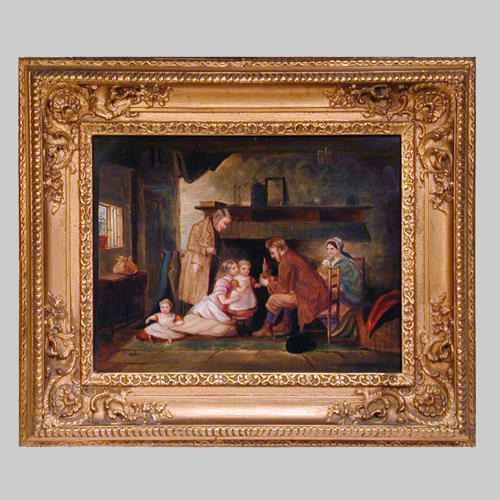 19th century genre oil painting ‘The Father’s Return’.  An English genre cottage interior scene, the family reunited with father showing off a jack in the box to the children.
The painting is unsigned but attributed to Thomas Brooks (1818-1892) and was probably a study made prior to the finished painting.  Oil on canvas. For similar work see Sotheby’s Sale Stokesay Court, September 1994, Lots 596-7.
English circa 1840 - 1870