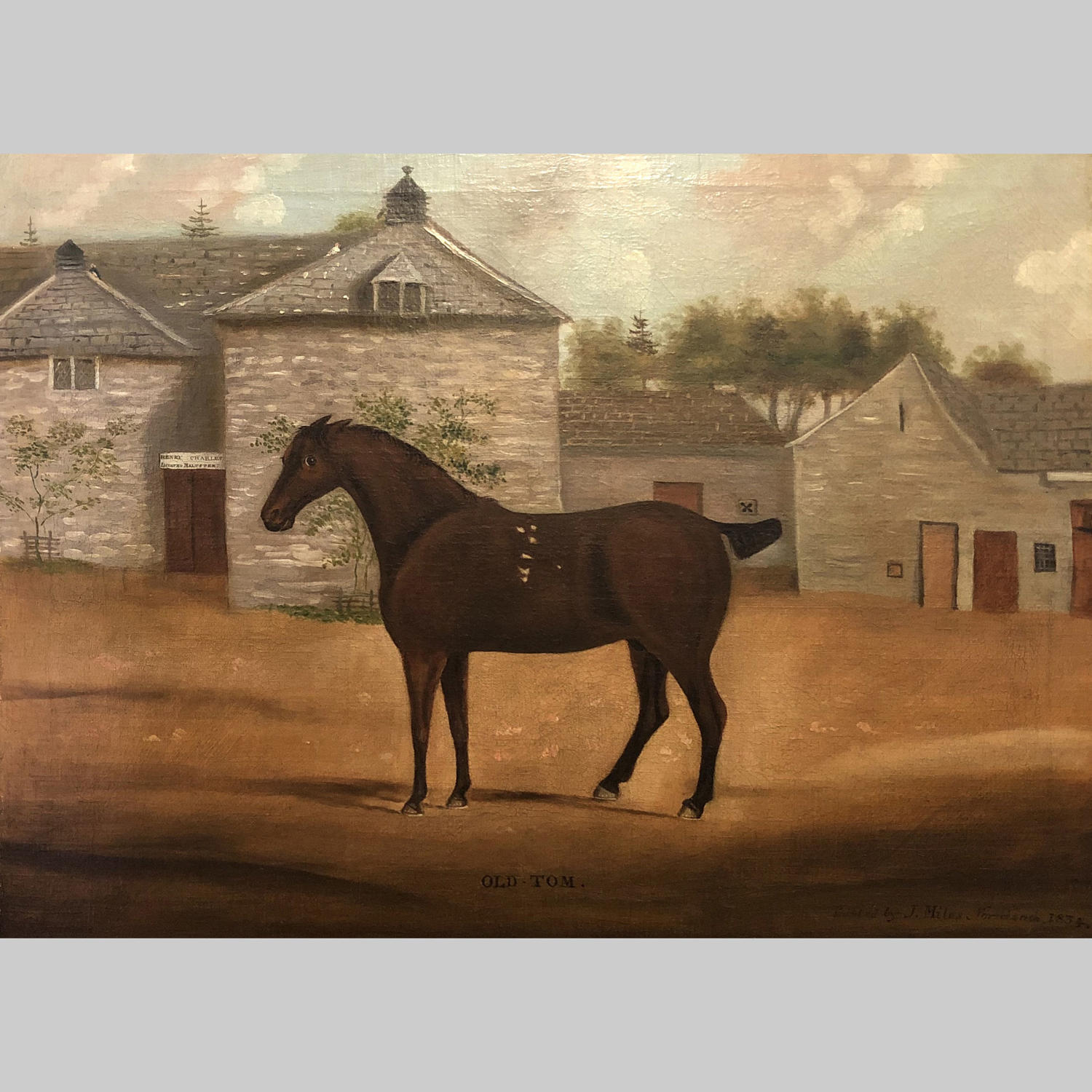 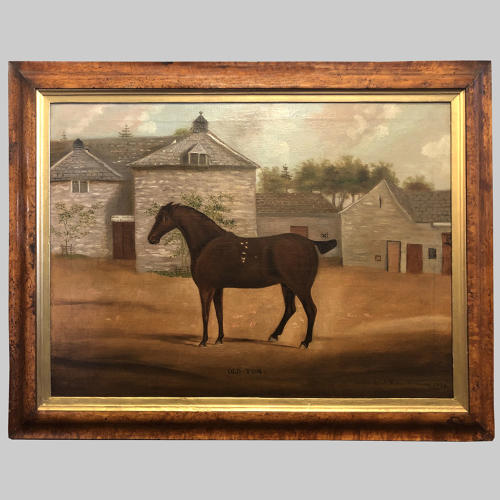 Oil painting of a horse by John Miles of Northleach.
According to anecdotal stories passed down through the generations, Old Tom was the prized hunter of a Henry Charles, farmer and maltster, from Summer Hill Farm, Naunton, Gloucestershire. The great, great grandson of Henry Charles, from whom we purchased the painting, passed on the story that, whilst galloping at great speed across the Cotswold countryside, Old Tom stumbled into a deep hollow caused by ancient quarrying and, without unseating his rider, managed to clamber to safety the other side. Out of pride and respect for his magnificent horse, Henry commissioned the local and accomplished journeyman artist, John Miles of Northleach, to paint its picture. The painting is signed ‘Painted by J Miles Northleach 1834.’ The frame is of well-figured burr maple with a gilt slip.

John Miles (1781 – c 1849), born in Gloucestershire and living in Northleach most of his life, is listed in the 1841 census as living there at the age of 60 with the occupation of ‘Artist’. He flourished as such between the 1820s and 1840s, with his most famous paintings being of Adam naming the animals in the Garden of Eden, which include hundreds of beasts and birds and were most likely inspired by 17th century engravings. As well as painting contemporary and topical events, he is most renowned for his portraits of prize-winning farm animals, including pigs/sheep/cattle.

The Charles family had farmed in Naunton since the early part of the 19th century and continued to do so, even after the death of Henry in 1848, until the 1870s. From that point, Henry’s son, William, changed direction and supported his family by his association with the wine, beer and ale trade. The Charles family had close links with the Arkell family who farmed close by from their Mill in Donnington, just outside Stow on the Wold, and who were eventually to create the Donnington Brewery in 1865.

Note the lack of pigmentation in the white patches on the horse’s back. This would have been caused by old injuries that, once healed would cause the hair to turn white. The cropped tail identifies the horse as a hunter.