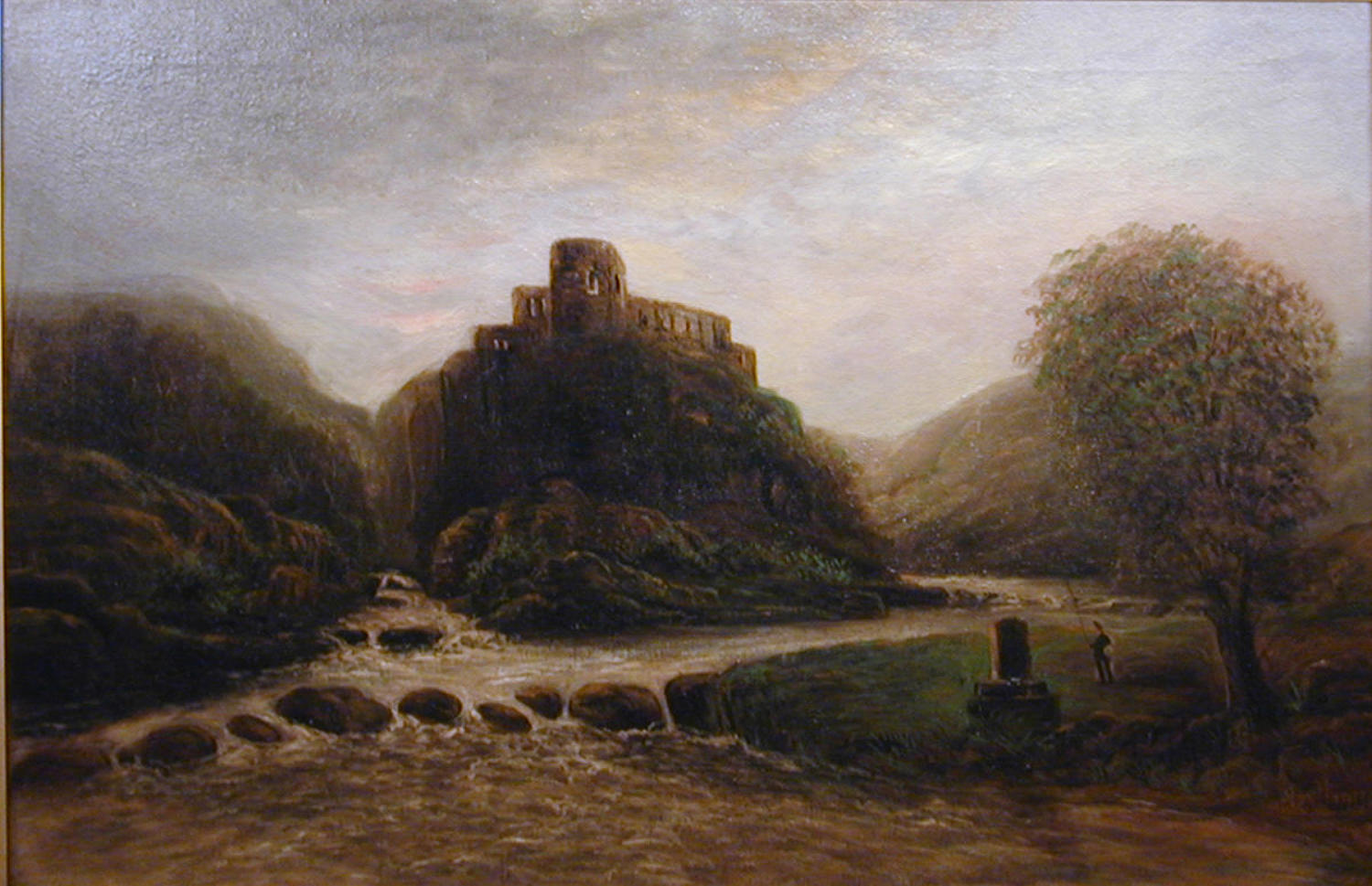 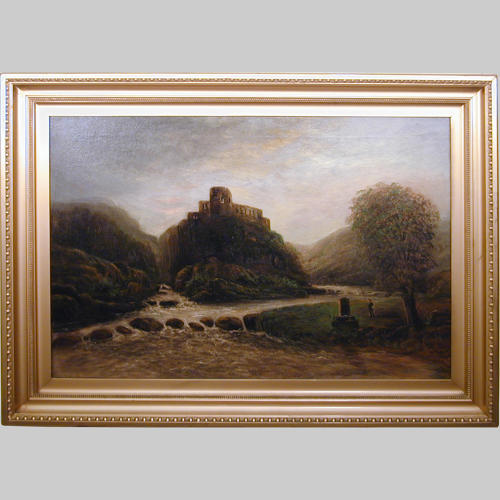 20th century evening river landscape oil painting on canvas, the shallow river flows around the ruined castle, perched above and with stepping stones and a monument in the foreground, a lone fisherman stands beneath the tree.The view is probably the river Derwent in Cumbria.

Signed A.Hartley 06.  An Albert A Hartley is listed as a Scottish 20th century artist whose address was Elm Place, Aberdeen and who exhibited at The Aberdeen Artists Society.
The painting is in its original gilt frame.
Scottish, 1906