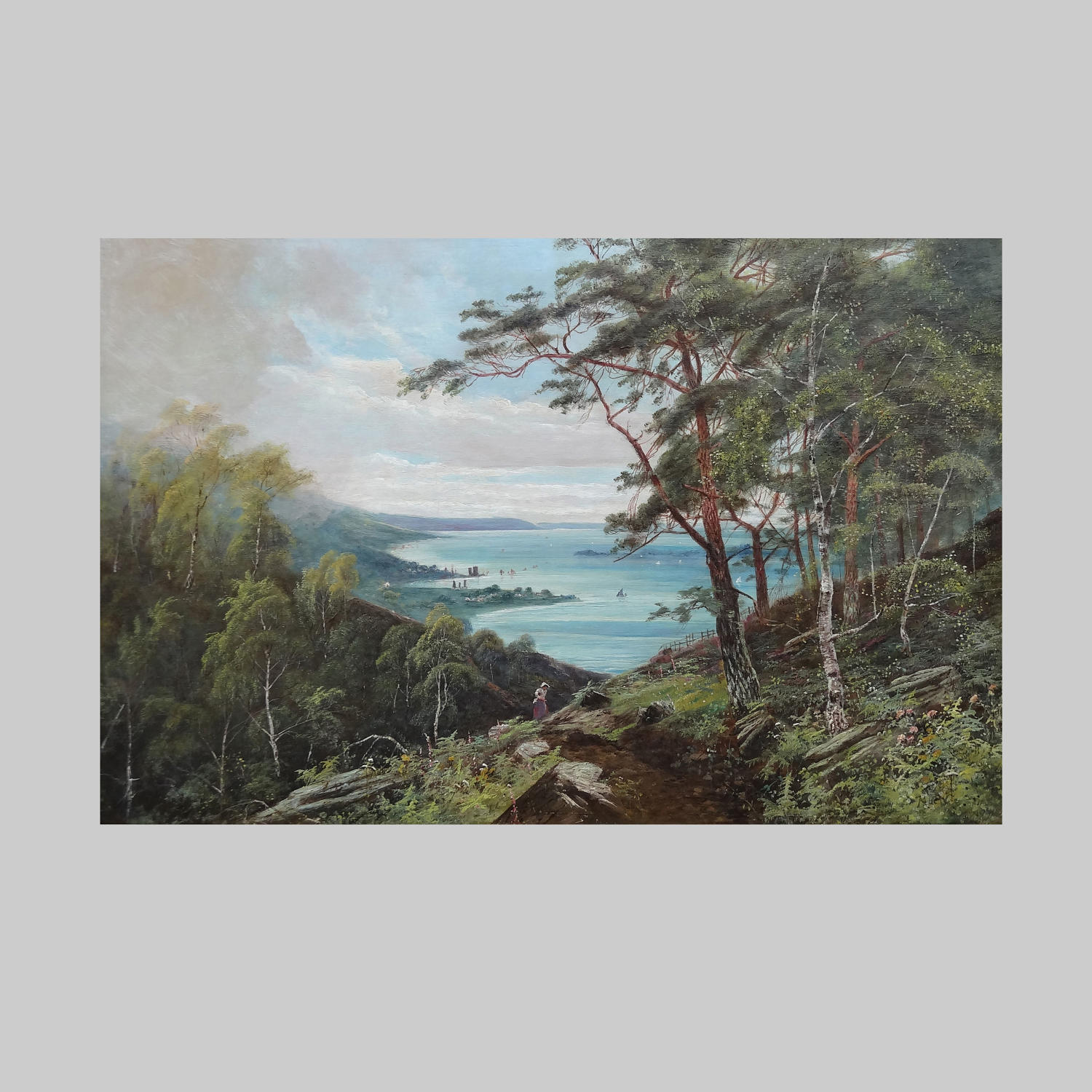 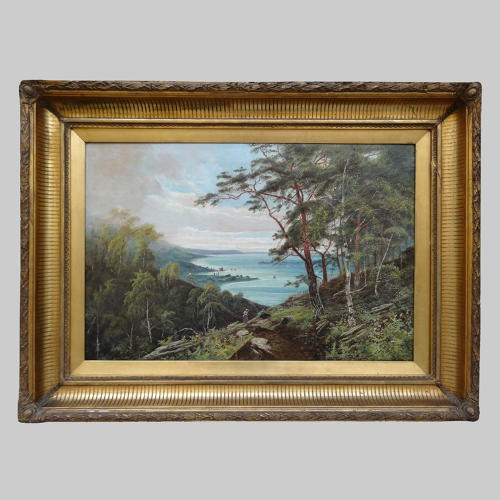 Oil painting of A Highland Bay by John MacWhirter

John MacWhirter was born the third of four children in Slatesford, Midlothian on 27th March 1839. At the age of 13, on the death of his father, he was forced to leave school in Colinton and was subsequently apprenticed to Oliver & Boyd, a bookseller in Edinburgh. This employment was to last a mere six months, determined, as he was, to become an artist. He was to become the youngest exhibitor at the Royal Scottish Academy when, at the age of 14 he presented his ‘Old Cottage at Braid’. He was then accepted at the Trustees' Academy and trained under Robert Scott Lauder and John Ballantyne, along with John Pettie and William Quiller Orchardson. Elected Associate Member of the Royal Scottish Academy in 1867, he was to become a full Honorary Member in 1880.

Moving to London in 1869, MacWhirter travelled extensively throughout Europe and America from the age of 16, using inspiration from each country’s landscape within his paintings. He specialized in romantic landscapes, with a great fondness for trees, especially the silver birch, the which appeared beautifully detailed in a great many of his works. His earlier works were very much influenced by John Everett Millais and the Pre-Raphaelites with highly detailed images, but he was later to adopt a far more sweeping style. His work also has an affinity with the more romantic side of Dutch 17th century landscapes. Whilst still in Scotland, he was to illustrate two books, ‘The Postman’s Bag’ with John Pettie in 1862 and ‘Wordsworth’s Poetry for the Young’ in 1863.

MacWhirter won favour with Ruskin in 1870 with his minutely detailed botanical studies, which Ruskin compared to those of Dürer. He was to buy 25 of them for use in his teaching at Oxford. In return, Macwhirter was to be a lifelong follower of Ruskin’s theories on Contemplative Landscape – those exemplified by Turner – and applied them throughout his body of work. Of the three books he was to publish in his lifetime on painting, the one published in 1900 entitled Landscape Painting in Watercolour, John MacWhirter chose Turner and Millais upon whom to bestow his highest praise in their treatment of landscape. 'You cannot study these painters too much. Turner, for light and atmosphere, and the drawing of mountains and clouds; Millais, for everything. All his work is healthy and loveable.'