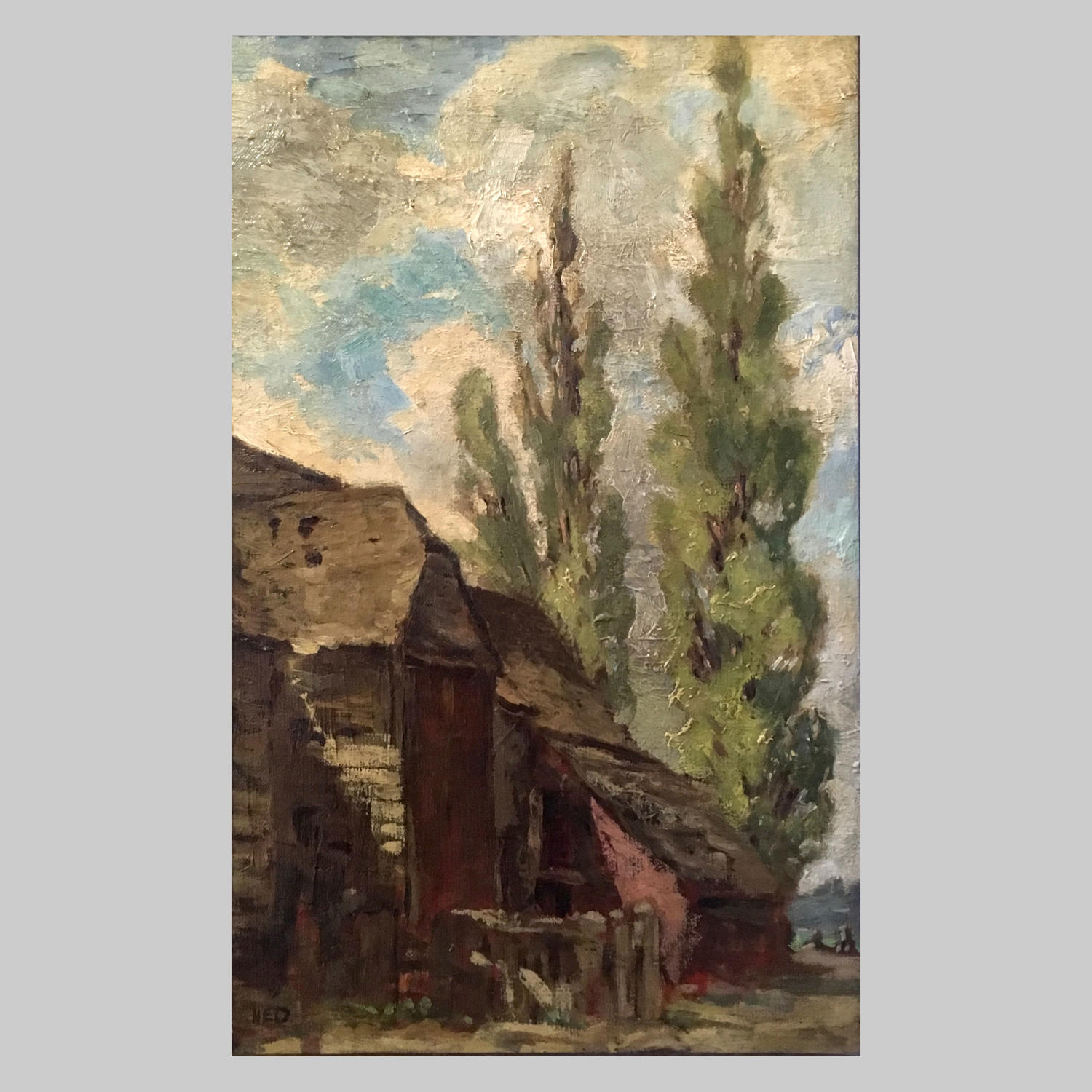 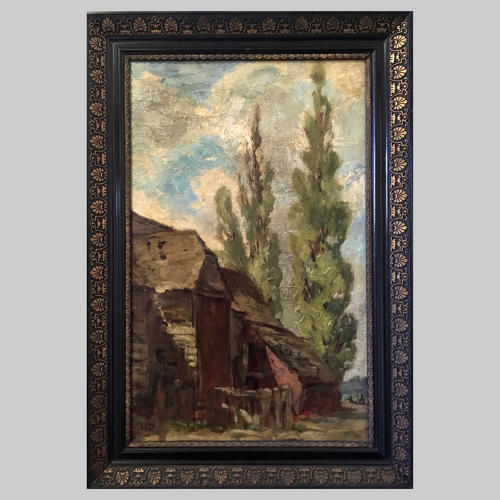 Oil painting on board, Pidnell Nr. Radcot by Helen Donovan

Oil painting on board by Helen Donovan, the reverse inscribed by the artist ‘Barn of 17th century date, PIDNELL near Radcot Bridge Faringdon Berkshire, painted by Helen Donovan in 1922’. The painting, on artist’s board, is in the English Impressionist style and painted when the artist was living at Camp House, Bourton on the Water, where she worked with other artists. By profession she was to become an eminent archeologist. The ebonised and gilt frame is very much in the style of Morris & Co. of the Arts & Crafts Movement.

Born in 1893 in Mandalay, the daughter of a Colonel in the Indian Medical Service, Helen Evangeline Donovan was to become an eminent archaeologist, marrying Bryan Hugh St.John O’Neill, Chief Inspector of Ancient Monuments for England and Wales, a highly published and respected expert on Medieval castles and prehistoric hill forts. As well as working on the preservation of threatened ancient sites, she was heavily involved in the excavation of the Salmondsbury Iron Age Hill Fort in Bourton on the Water in the 1930s, publishing the accounts of her work there in 1977. She was also to become one of the Gloucestershire Wildlife Trust’s founder members in 1961.

As well as her passion for archaeology, Helen Donovan was a keen artist, her work very much influenced by the English Impressionist School. Impressionists tended to paint realistic scenes from modern everyday life, and often outdoors, using vibrant and freely brushed colours. Short brush strokes were not blended or smoothed in order to create the effect of intense colour and captured light play on the subject. It was the impression of movement and effect of light that was the ultimate goal, creating a sensation in the eye of the viewer rather than depicting the subject with delineated accuracy.