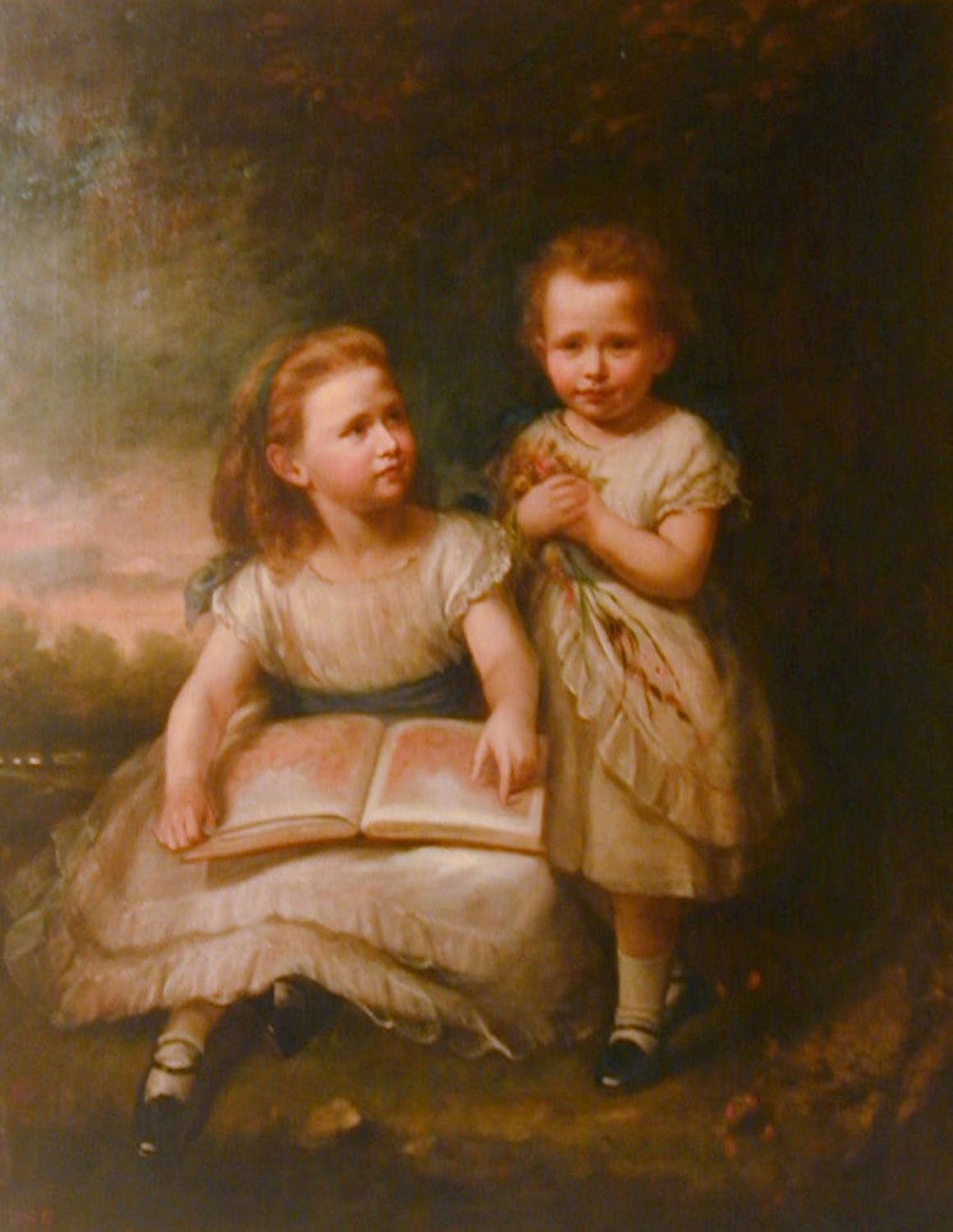 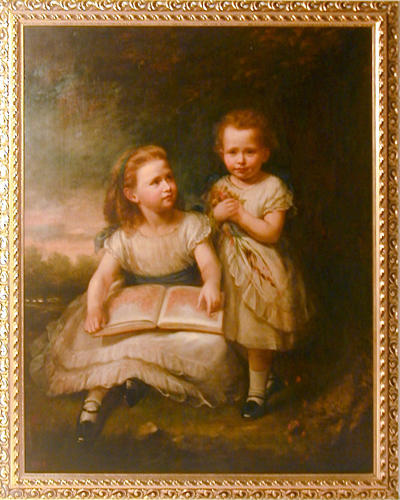 Oil on canvas portrait of Emma Mary Turner and her sister, Annie, sitting beneath a tree in a landscape. The older sister, Emma, points to a place in an atlas on her lap whilst the younger sister stands to her left holding a posy of flowers. Monogram of WSH to lower left hand corner for William Salter Herrick. Inscription to rear W. S. Herrick 1870 and old label with faint handwriting, Emma Mary Turner, wife of Francis Buxton Smythe and her sister Annie. Emma (b.1865) and Annie (b.1868), were the two daughters of Henry and Sarah Turner, Henry a highly successful co-owner of one of London’s most prominent department stores and wholesalers in the second half of the 19th century, Spencer, Turner & Boldero, a contemporary of Harrod’s, Maple’s and Debenham’s. Emma married Francis Buxton Smythe in 1893. Carved and gilded frame of later date. Provenance, by descent through the family.
English, circa 1870

William Salter Herrick (1807 - 1891) was listed in the 1861 census as being an ‘Historical and Portrait Painter’ living in 21 Edward Street, Portman Square. His extraordinary artistry earned him commissions from highly influential clients throughout the country, such as the Scottish physicist, mathematician, astronomer, inventor and principal of St Andrew’s University, the MP for Carmarthenshire, banker David Jones of Pantglas, John Winter Jones, the principal Librarian of the British Museum and Sir Edward Henry Sieveking, knighted by Queen Victoria in 1886 and appointed Physician Extraordinary to His Majesty, King Edward Vll, in 1901. His works are now represented in the Royal Museum, British Museum, Royal College of Physicians, St Andrew’s University and the Museums of Warrington and Canterbury. He also painted historical scenes from Shakespeare plays such as ‘Portia “Have Mercy Jew”’ and ‘Ophelia “Sweet Bells Jangling out of Tune”’. He exhibited 33 works at the Royal Academy between 1852 and 1880 as well as 7 works at the British Institute between 1857 and 1867.