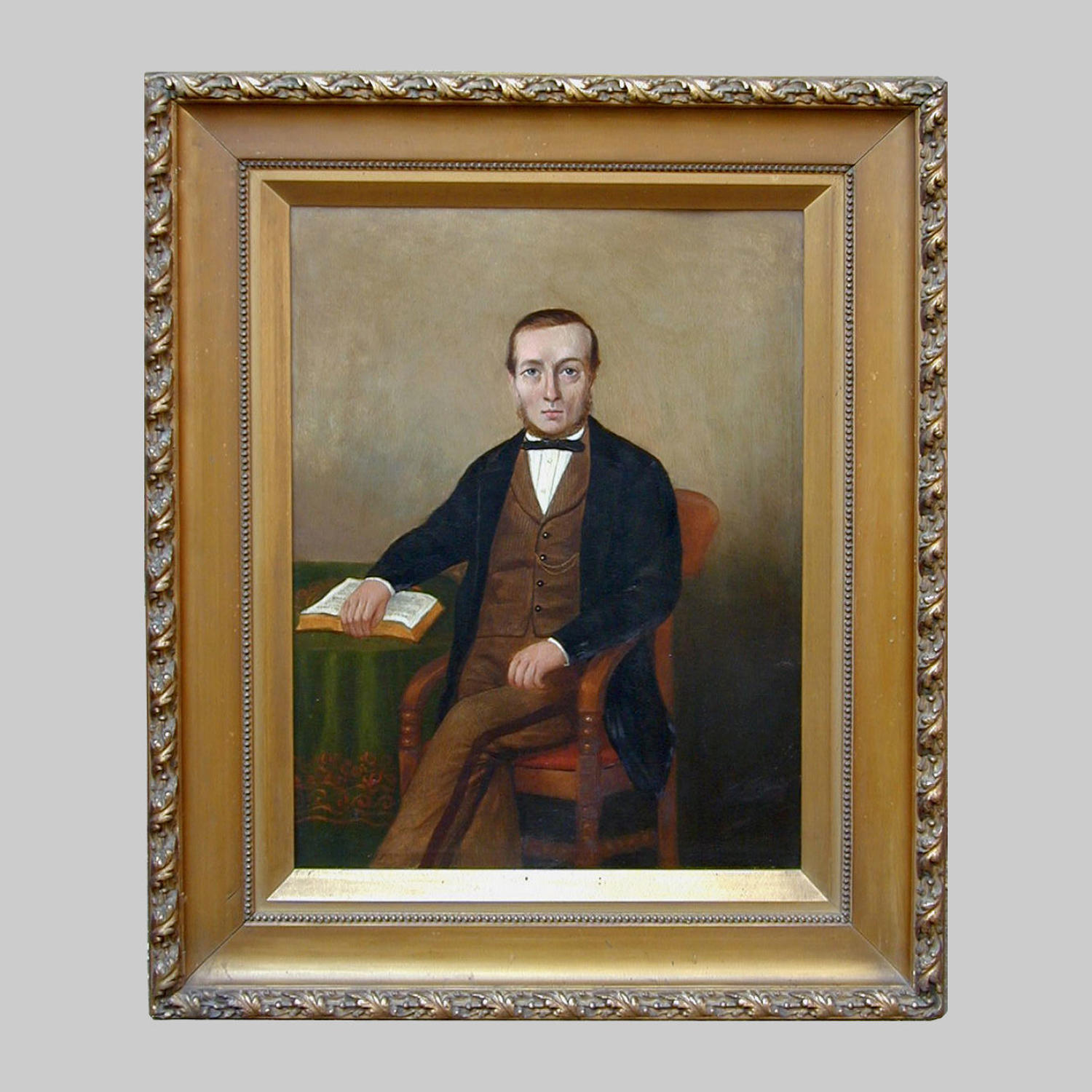 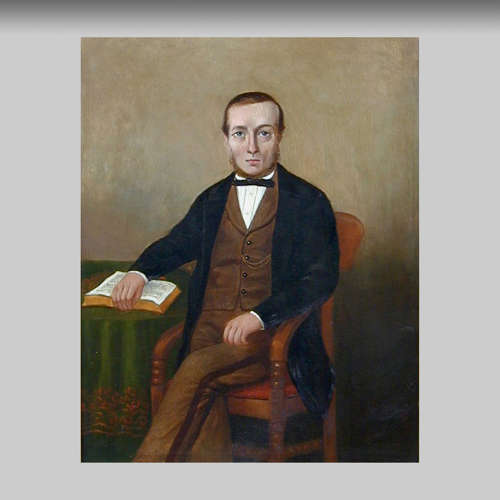 19th century primitive portrait oil painting of a seated gentleman.  Painted on board and dated 1871, signed by the Scottish artist, Percival Novice (1821-c1892).  The gilt frames are by W. Allen of Edinburgh.