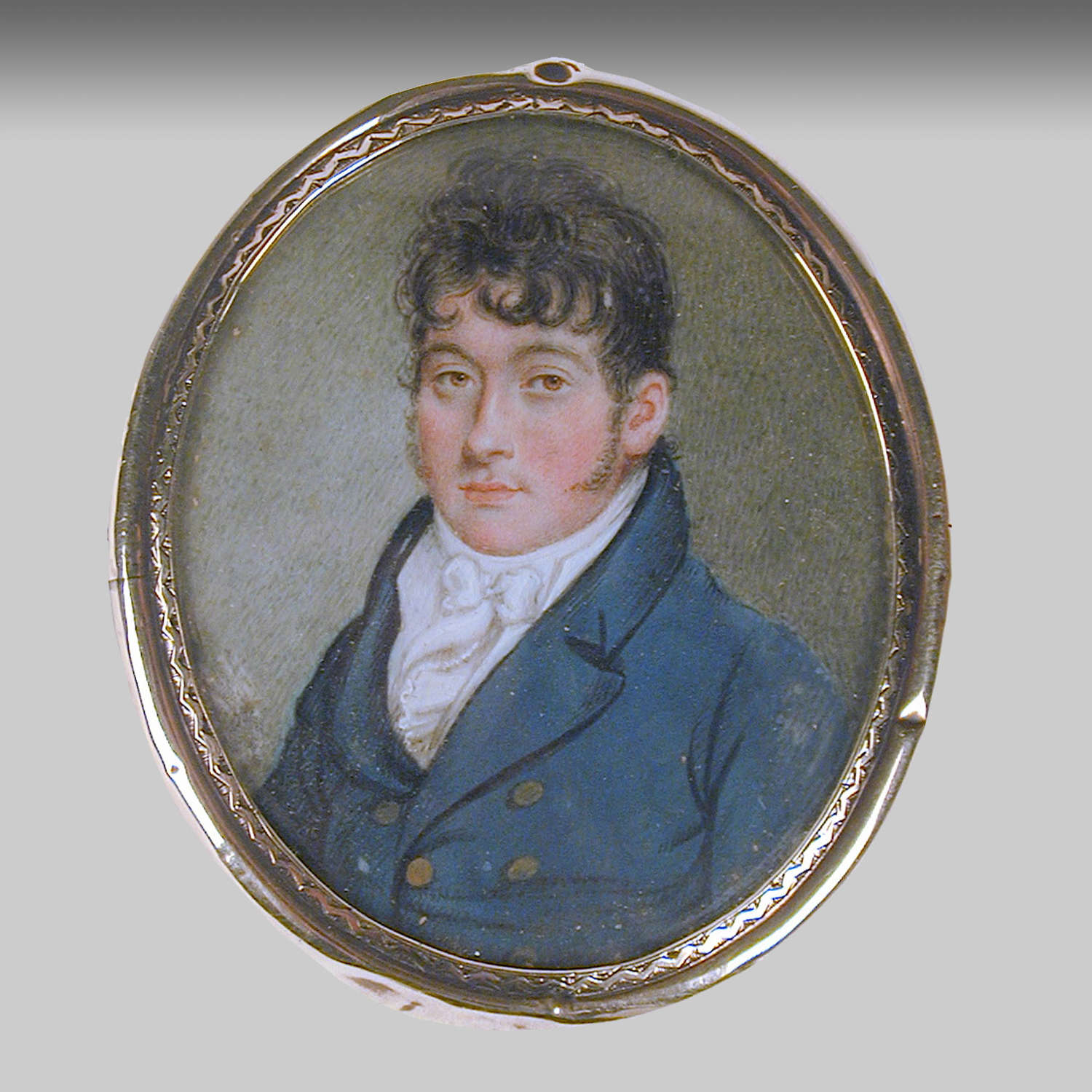 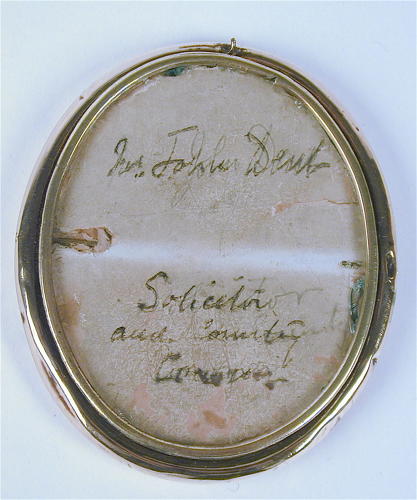 Regency miniature portrait of a gentleman

Regency miniature portrait of a gentleman, painted on ivory and in a gilt oval frame. Inscribed: Mr. John Dent, Solicitor and County Coroner. John Dent (1782-1830) from Stone, Staffordshire was elected County Coroner in April 1826; his wife later lived in Gloucestershire.
English, circa 1810-1830