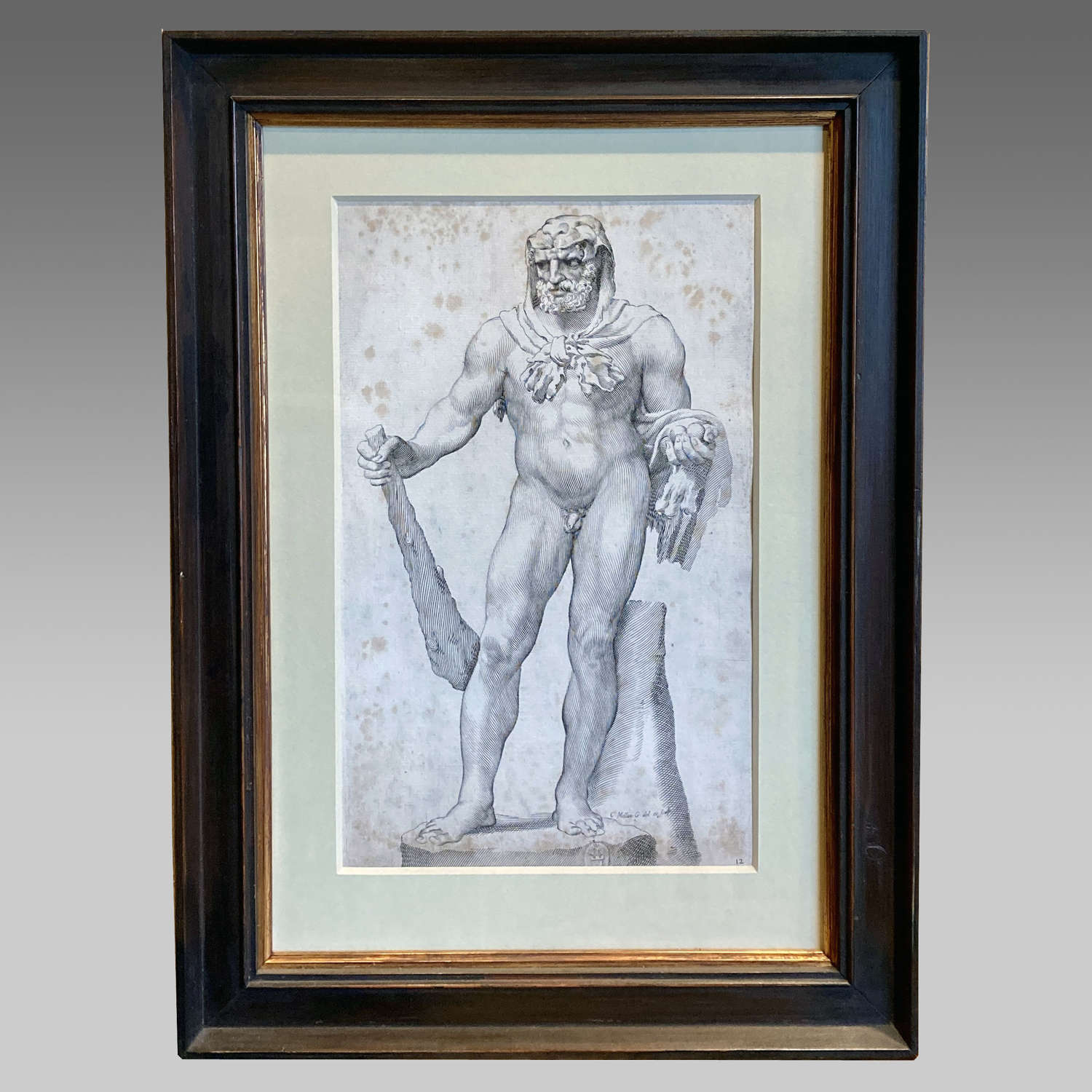 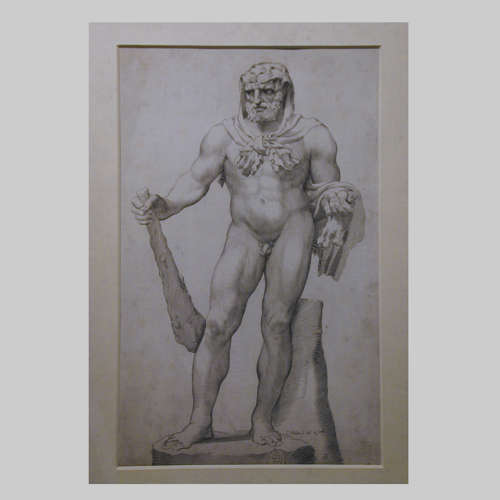 An early 17th century engraving of Bearded Hercules wearing his lion skin and carrying a club in one hand and the golden apples of the Hesperides in the other. One of the original engravings of marble sculptures for the antiquities catalogue of the Marchese Vincenzo Giustiniani in Rome, the ‘Galleria Giustiniana’. Bears the crest of the Marchese, a crowned eagle and a castle. Drawn and engraved by the French artist Claude Mellan (1598-1688), the original statue stands nearly 2.4 metres high in the Metropolitan Museum in New York and is estimated at being from AD 69-98. From the first volume of the Galleria Giustiniana and dating from circa 1635. Some foxing to print commensurate with age.