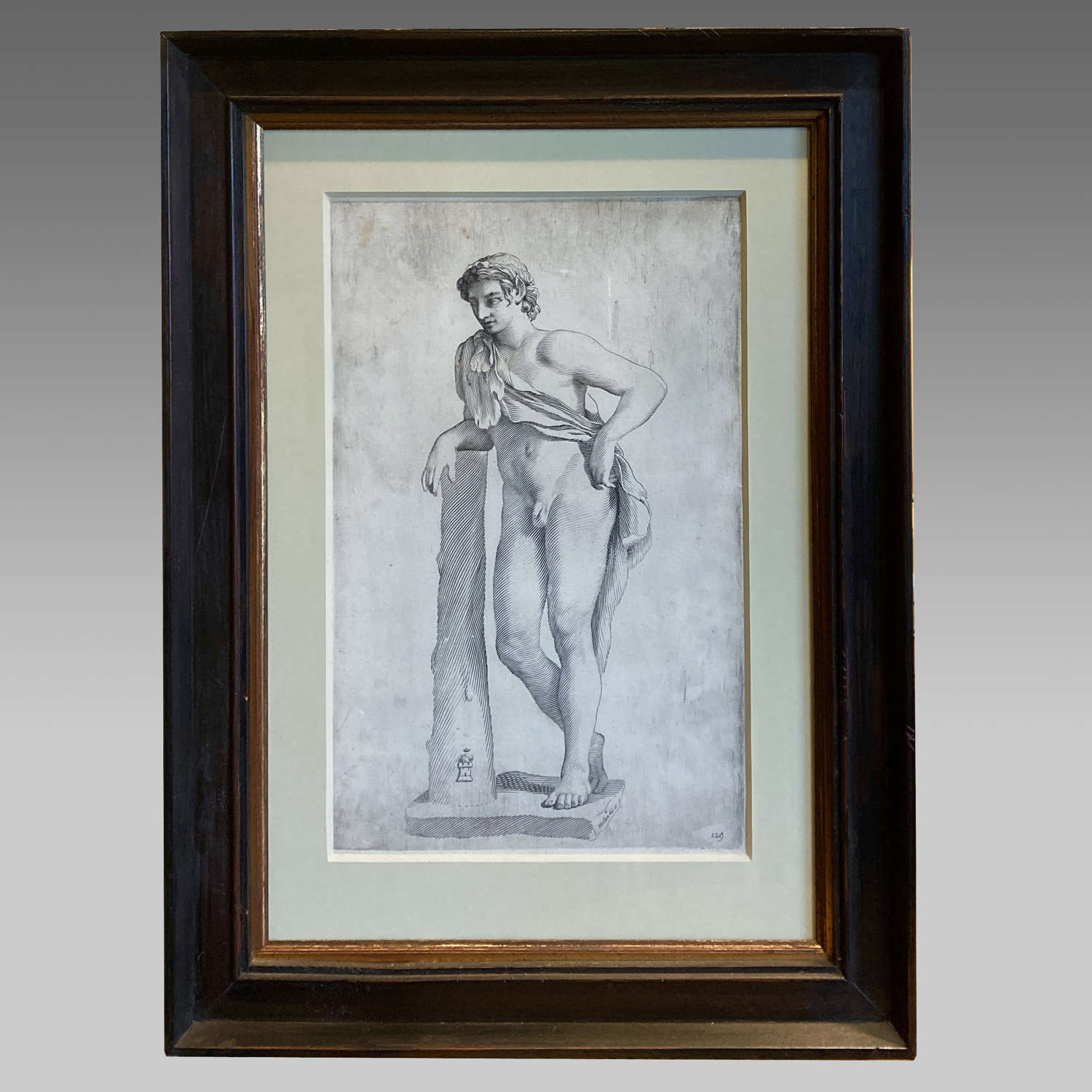 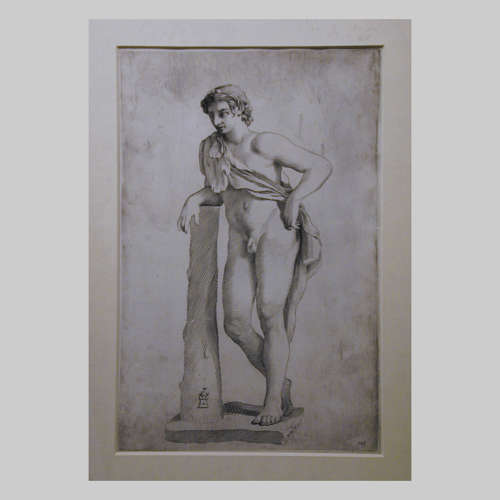 An early 17th century engraving of ‘The Resting Satyr’ – Anapauomenes Satyr, in Greek – drawn and engraved by the French artist Claude Mellan (1598-1688). One of the original engravings of marble sculptures for the antiquities catalogue of the Marchese Vincenzo Giustiniani in Rome, the ‘Galleria Giustiniana’. Bears the crest of the Marchese, a crowned eagle and a castle. This engraving is numbered 129 from the first volume of the Galleria Giustiniana and is dating from circa 1635. The original marble was carved by the ancient Greek sculptor Praxiteles, working at the time of Pliny in the 4th century BC and now sits in the Torlonia Museum in Rome.