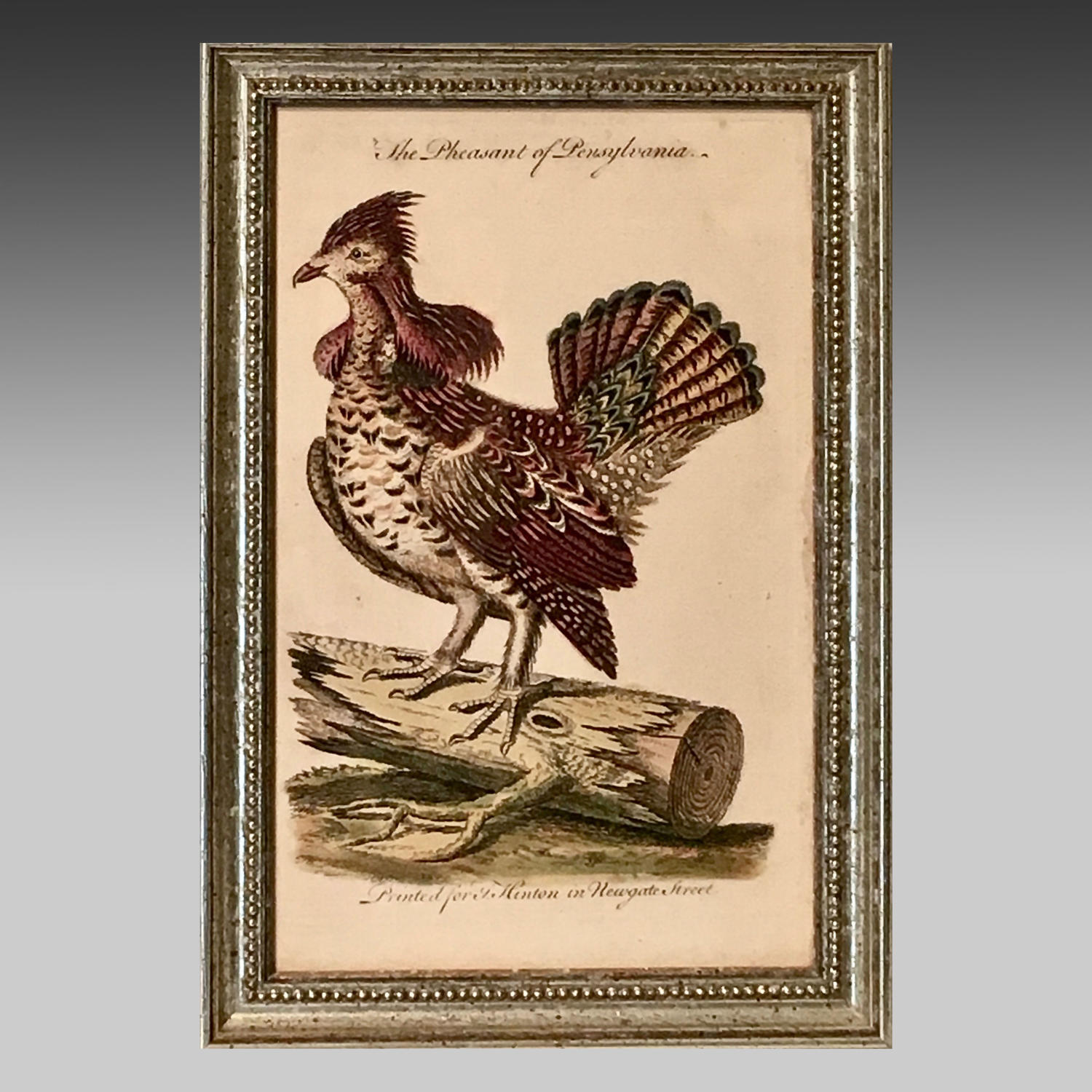 18th century engraving ‘The Pheasant of Pennsylvania’  with original colour by George Edwards. Printed for J.Hinton, Newgate Street (London) as published in the ‘Universal Magazine of Knowledge and Pleasure’ between 1747 - 1799.
Now in a silver gilt and beaded frame.
English, circa 1755