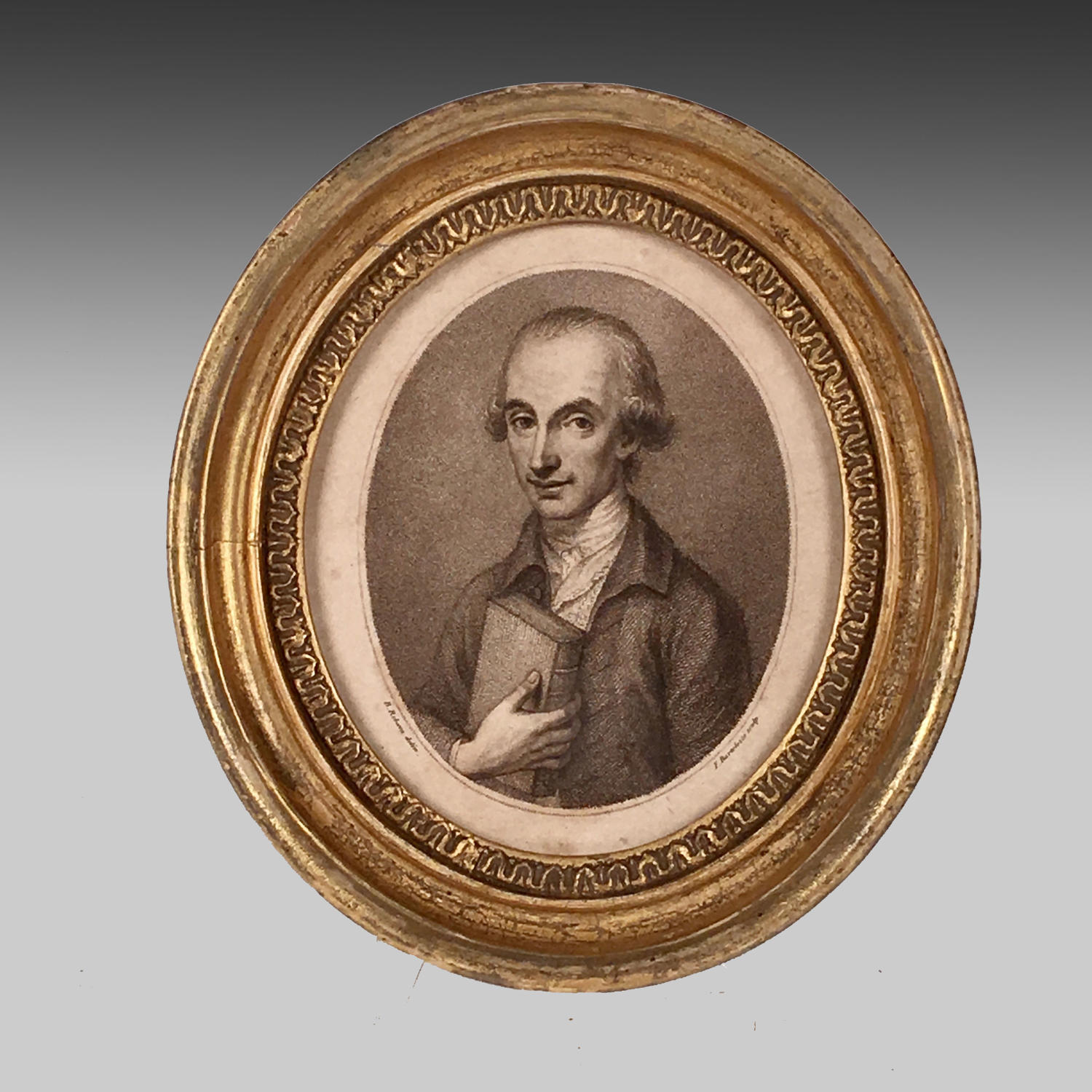 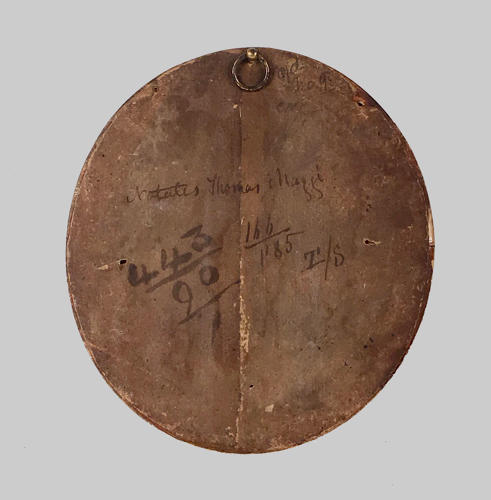 18th century portrait engraving of Natalis Thomas Maggi.  Oval, stipple engraving and etching of the musician Maggi (1735-1787), holding a book in his right hand and inscribed B.Rebacca delin., F.Bartolozzi (1727-1815) and published London, June 20 1788 by Molteno,  Colnaghi & Co, No. 132 Pall Mall.  In a contemporary moulded and carved gilt gesso and wood oval frame with the sitter’s name and other unidentified inscriptions to the reverse. Copies of this print can be found in the Metropolitan Museum and  The Rijksmusaum.  English, circa 1788.

Biagio Rebacca ARA (1731-1808) was an Italian artist, well established in England at the time as a decorative painter to many imposing houses and establishments such as Harewood House, Kedleston Hall, Somerset House - then home of the Royal
Academy - and Audley End. He exhibited four works at the Royal Academy and was elected Associate of the Academy in 1771.

Francesco Bartolozzi (1727-1815) was an Italian engraver who studied art in his home town of Florence and engraving in Venice. Living in London for 40 years of his life, his work was prolific, and highly regarded, and soon after arriving in London in 1764, was appointed “engraver to the King” on a salary of £300 a year. He was elected a founding member of the Royal Academy in 1768 and in 1802, became the founding president of the Society of Engravers.  In that year, he was also appointed the director of the National Academy of Lisbon.

Little is known about the musician Maggi other than that he was resident in London at the time in Poland Street and listed as a musician in Bromley’s (1793) and Manson’s (1788) catalogues of engravings, this one considered scarce at the time.  His date of birth was inscribed in Latin on the engraving as being 9th March 1735, in what is modern day Friuli in Italy.