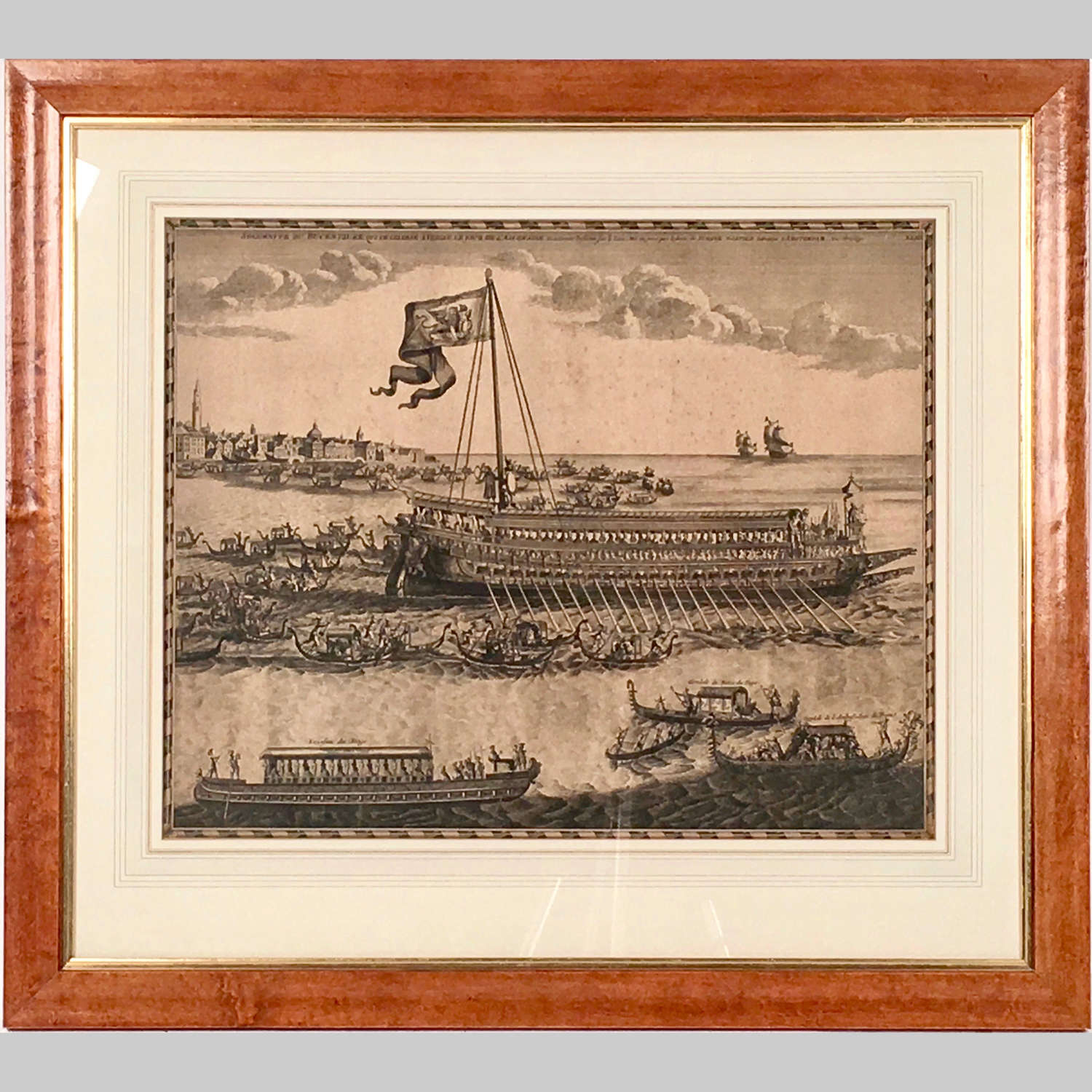 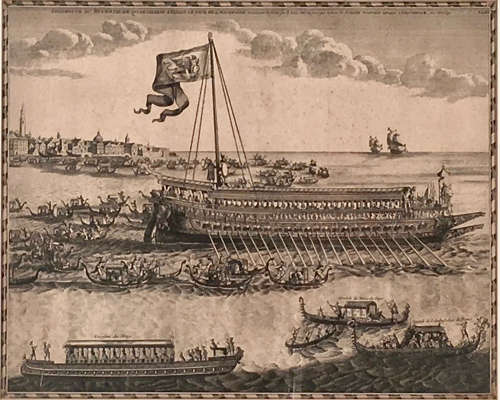 Early 18th century sepia engraving ‘The Marriage of the Sea'

Early 18th century sepia engraving ‘The Marriage of the Sea’. Titled in French, “Solemn Procession of the Bucentaur Celebrating Ascension Day in Venice. The ‘Marriage of the Sea’ is an ancient ceremony that symbolises the maritime dominion of Venice, with the Bucentaur being the Doge of Venice’s ceremonial barge from 1311. Only four Bucentaurs were ever built, this being the third in 1606. Amongst many other elaborate and rich carvings, it had mythical sirens riding seahorses covering the sides and two monstrous hydras extending from the two bow spurs. After Pierre Mortier (1661 - 1711) an 18th century map maker and engraver from the Northern Netherlands, who published French maps in Amsterdam.
Now mounted and in a maple frame.
Dutch, circa 1710 - 1740