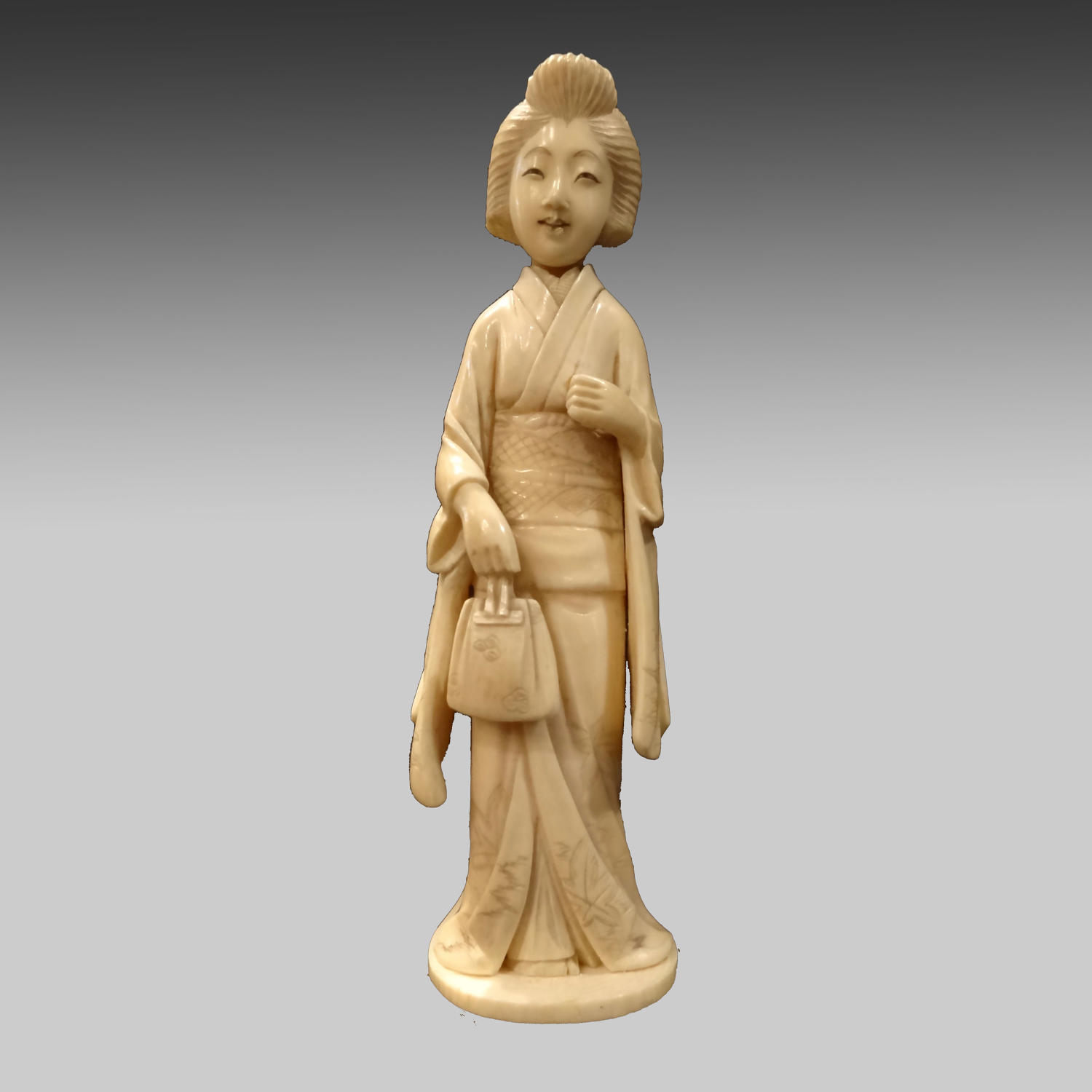 Antique Japanese Ivory Okimono of a Bijin. Finely executed carving of a Japanese beauty (bijin), with a handbag in her right hand and possibly the remains of a parasol handle in her right. Her kimono is decorated with Japanese Maple leaves and her obi (sash) shows a hilly landscape. Her bag is decorated by flower heads and she does not appear to be wearing sandals. Stands upon a flat circular base beneath which is an etched and red-stained signature.
Japanese, Meiji era, 1868 - 1912

With the widely influential Japonism movement in Europe and America in the second half of the 19th century, demand for traditional craft goods from Japan was met by the Industrial Promotion Policy of the newly installed Meiji government, wherein the creation of traditional art objects was actively encouraged. In an effort to preserve the traditional ideals and skills of the Japanese carver and craftsmen, the Tokyo Carvers’ Association was eventually formed in 1887 by master carvers such as Ishkawa Komei, Asahi Gyokuzan and Shimamura Shumei. Their work epitomised the superlative quality of craftsmanship that was prevalent at the time, alongside retaining a true Japanese spirit within their work and whilst employing the elements of intricate and realistic style from Western influences.