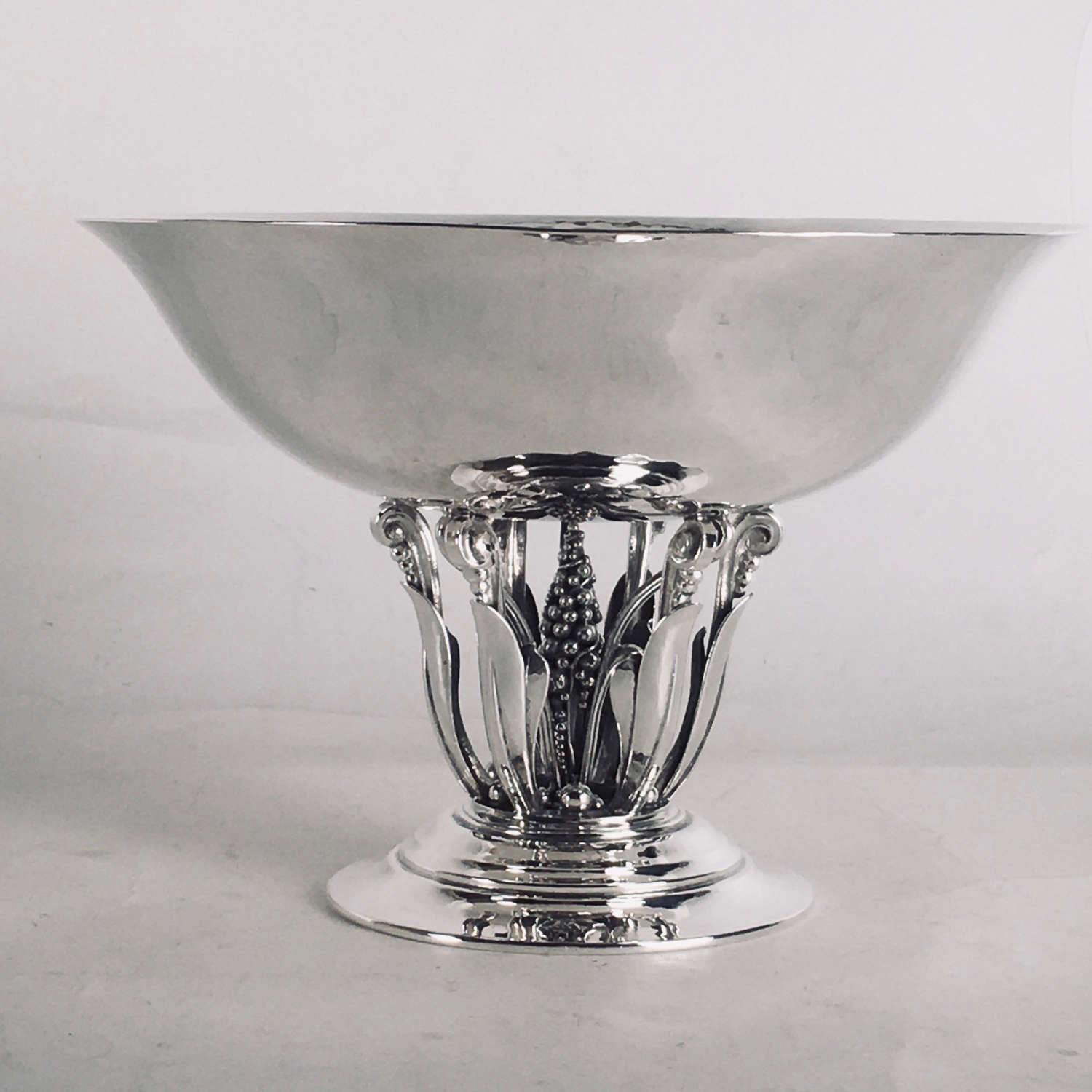 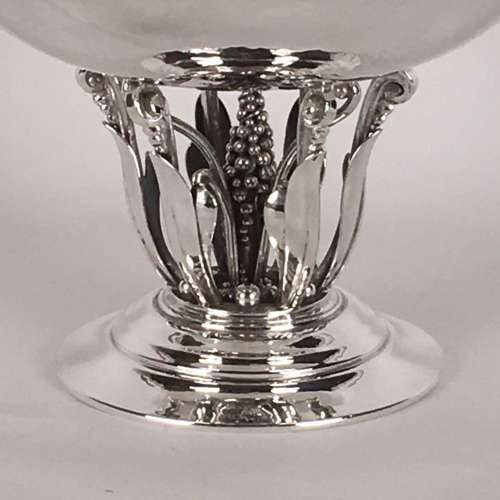 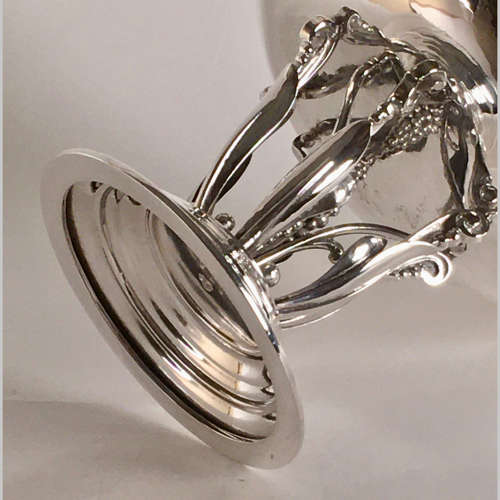 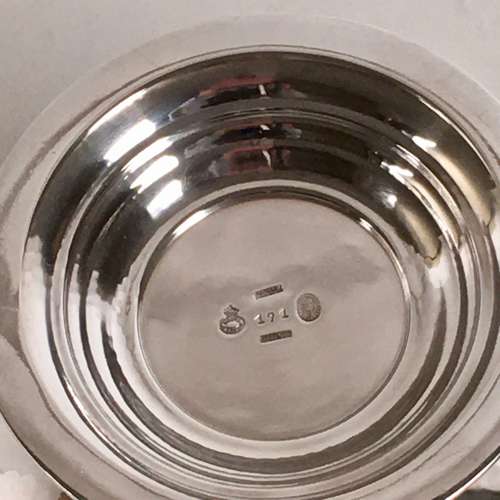 Georg Jensen, Art Nouveau silver bowl. The shallow hammered silver bowl with everted rim stands upon an openwork stem of foliate leaves, scrolls and berries over a stepped circular foot. This design No. 171 was first introduced prior to 1920, as designed by JOHAN ROHDE for Georg Jensen.The maker’s mark dates this example to between 1925-1932.  By Georg Jensen, Copenhagen, Denmark.

During the 1910s and 1920s a classical revival dominated Scandinavian design. Danes and Swedes in particular made a push to develop their decorative arts industries, focusing their efforts on elegant and artistically conceived designs that would appeal to middle-class consumers. Stylistic unity characterises their work, and the movement has come to be known as New Classicism or Nordic (or sometimes more specifically Swedish) Grace.

Georg Jensen (1866-1935) trained as a sculptor and silversmith and was deeply influenced by the Art Nouveau and Arts and Crafts traditions. In 1904, after a short spell working as a journeyman in the workshops of the Danish Arts and Crafts silversmiths Mogens Ballin (1871-1914), Jensen opened his first shop on a fashionable street in Copenhagen, selling silver jewellery set with semi-precious stones. Much of his inspiration came from nature rather than from traditional historical sources, creating his own stylised interpretations of fruit and flowers to ornament his work.

Johan Rohde (1856-1935)
Though Jensen was a genius of silver design in his own right he also promoted the work of other designers to broaden the Jensen style and to push the firm to artistic leadership. The painter Johan Rohde was highly influential in developing the Jensen brand, and sometimes, the influence went both ways.  Elegant and refined, Johan Rohde’s exquisite collection of silverware for Georg Jensen combines elements of both Art Nouveau and Art Deco whilst adding a distinctive touch of classic Scandinavian style.

Another influential designer was Jensen's brother-in-law, Harald Nielsen (1892-1977), who joined the firm as an apprentice in 1909 and became a prolific designer, remaining active until the 1960s. Nielsen was an accomplished draftsman and deeply versed in Rohde's and Jensen's styles. He often fleshed out their sketches to provide finished working drawings for the silversmiths and as such, his designs bridged the style of Jensen and Rohde.

Georg Jensen viewed his market internationally, with a store in Berlin by 1909 and later Stockholm and Paris in 1918 and London in 1921. While the first store in New York didn't open until 1924, Jensen had already made his name through exhibitions such as the 1915 Pan-Pacific Exposition in San Francisco, where he not only won a Grand Prix but also won the patronage of William Randolph Hearst. Despite winning international acclaim for its designs, the firm struggled financially, leading Jensen to relinquish control by 1924, spending a year in Paris preparing the firm's entry in the 1925 Paris exhibition, before returning to Copenhagen to act as Artistic director.