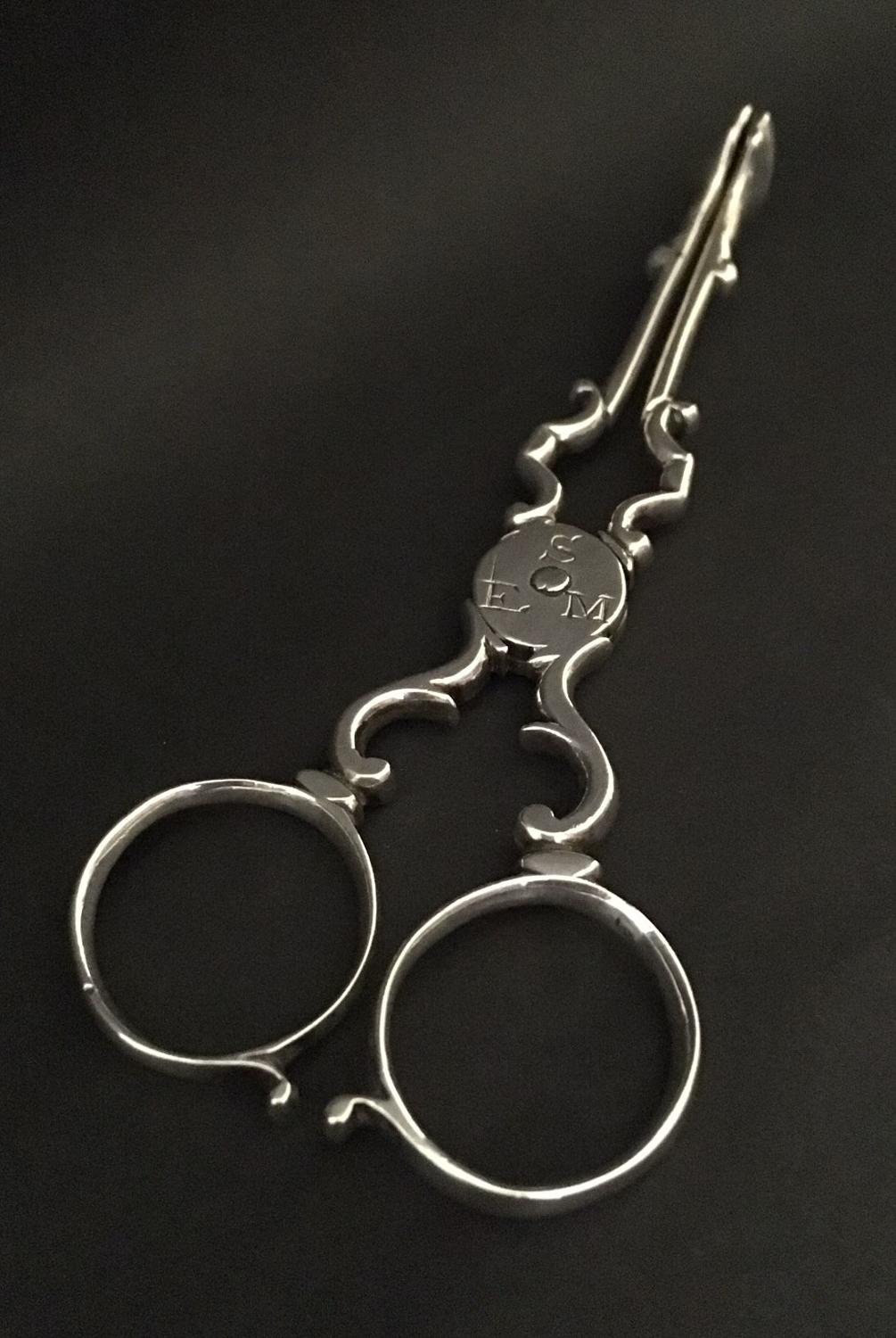 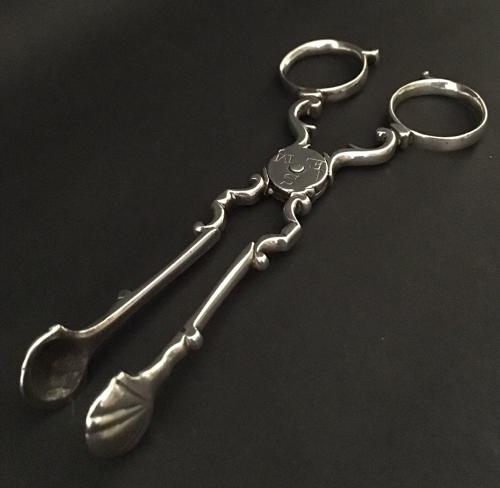 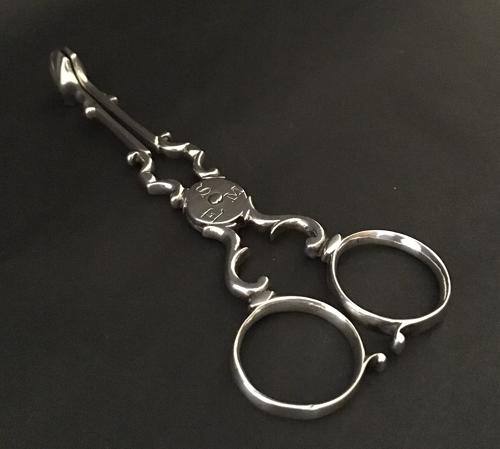 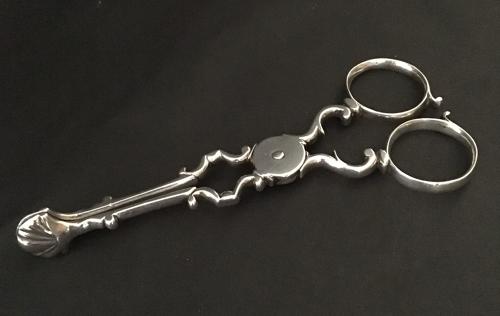 Georgian sugar tongs. Scissor action with scroll handles and stems. Although unmarked, they are undoubtedly of cast silver and are a very fine pair. The cast shell bowls are especially unusual and, in the absence of hall marks, can accurately date the nips to the 1730s and of the reign of George ll. They bear the engraved initials S E M to the central boss.
England, circa 1730s

Sugar Nips
Scissor action sugar nips superseded tongs at the beginning of George l’s reign circa 1715 and were in turn superseded in a different form in the 1770s. They reappeared in novelty form in the mid 19th century.

18th century sugar nips are usually only part marked on both finger rings with lion passant and makers’ marks. They can be accurately dated, however, by their form. Bowl form developed from plain with rattail through to plain to shell-shaped. Arms and finger grips developed from plain to ornate.