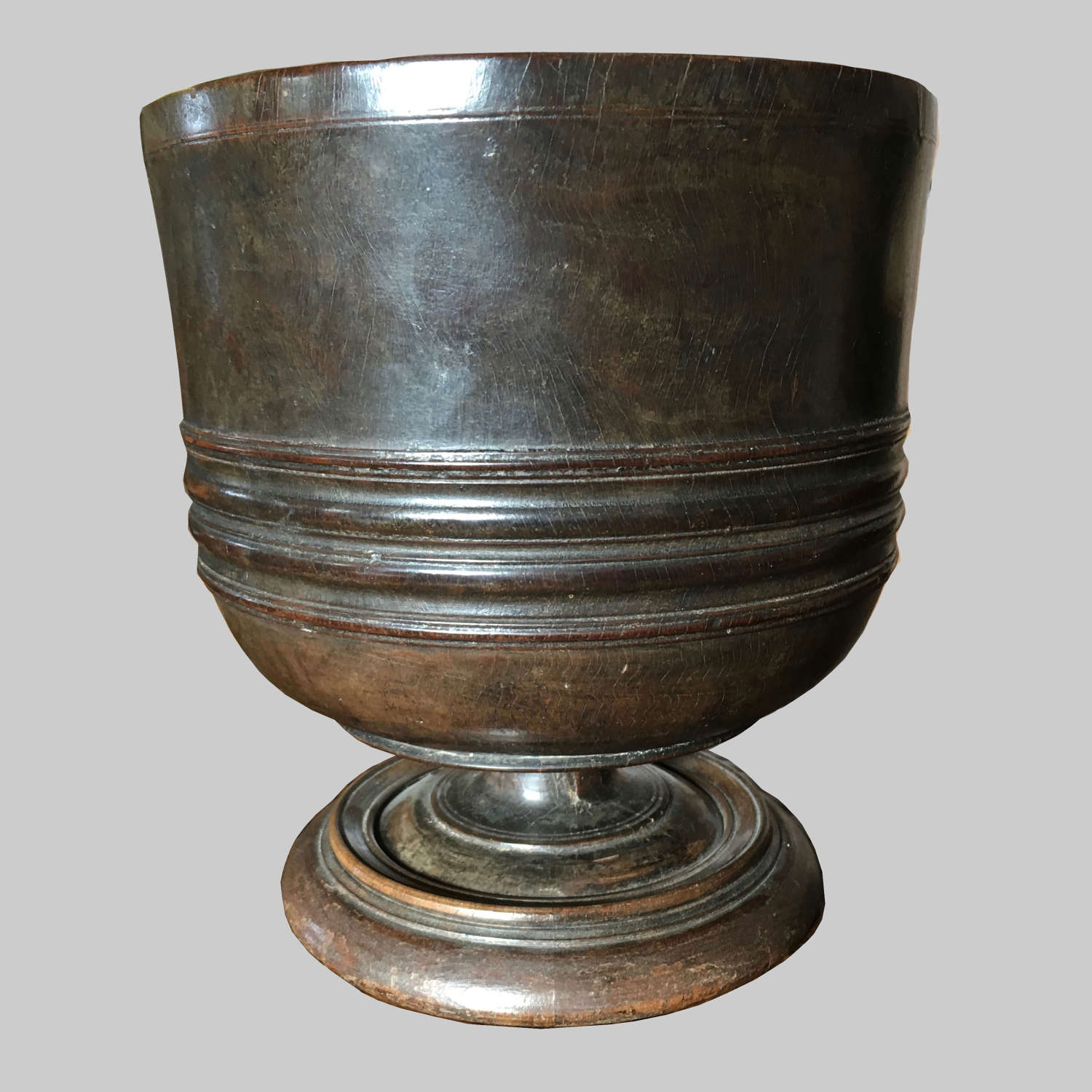 Wassail bowl or Loving cup. The words ‘waes-hael’, ‘was-hael’ or ‘was-haile’ or ‘wass-heil’ have all passed into our language as ‘wassail’. Wassailing was a term used to describe community drinking, usually associated with festive occasions. Recipes vary according to local customs. Good ale, or in some cases, wine, were the basis to which sugar, cloves and cardamons were added together with a small roasted apple for each drinker. Egg white was also added to produce a froth, giving rise to the name ‘lamb’s-wool’.